Traditionally, the people now known as Cherokee refer to themselves as Aniyunwiya (ah nee yun wee yah), a name usually translated as "the Real People," and also “the principal people.” 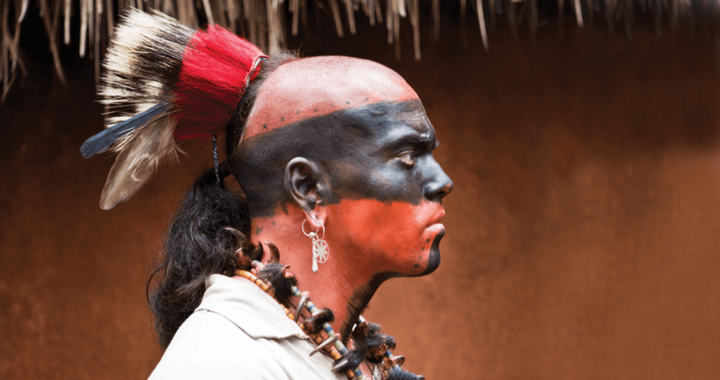 The Cherokee never had princesses. This is a concept based on European folktales and has no reality in Cherokee history and culture. In fact, Cherokee women were very powerful. They owned all the houses and fields, and they could marry and divorce as they pleased. Kinship was determined through the mother's line.

Clan mothers administered justice in many matters. Beloved women were very special women chosen for their outstanding qualities. As in other aspects of Cherokee culture, there was a balance of power between men and women. Although they had different roles, they both were valued. 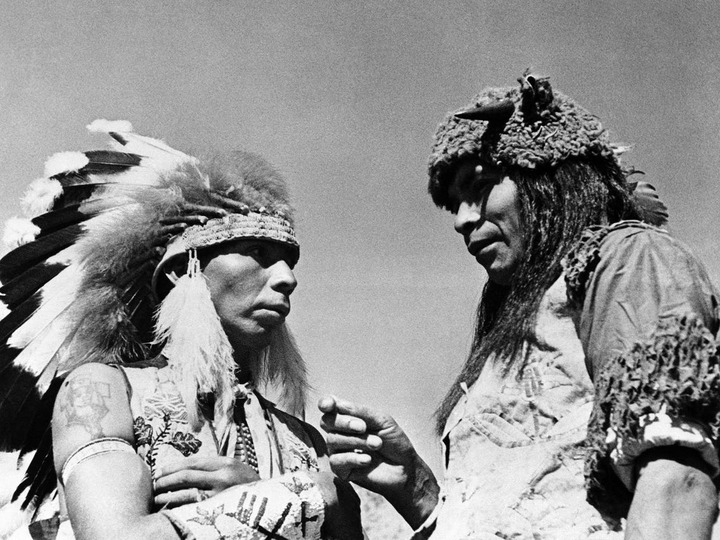 The Cherokee have never worn feathered headdresses except to please tourists. These long headdresses were worn by Plains Natives and were made popular through Wild West shows and Hollywood movies. Cherokee men traditionally wore a feather or two tied at the crown of the head. In the early 18th century, Cherokee men wore cotton trade shirts, loincloths, leggings, front-seam moccasins, finger-woven or beaded belts, multiple pierced earrings around the rim of the ear, and a blanket over one shoulder. At that time, Cherokee women wore mantles of leather or feathers, skirts of leather or woven mulberry bark, front-seam moccasins, and earrings pierced through the earlobe only. By the end of the 18th century, Cherokee men were dressing much like their white neighbors. Men were wearing shirts, pants, and trade coats, with a distinctly Cherokee turban. Women were wearing calico skirts, blouses, and shawls. 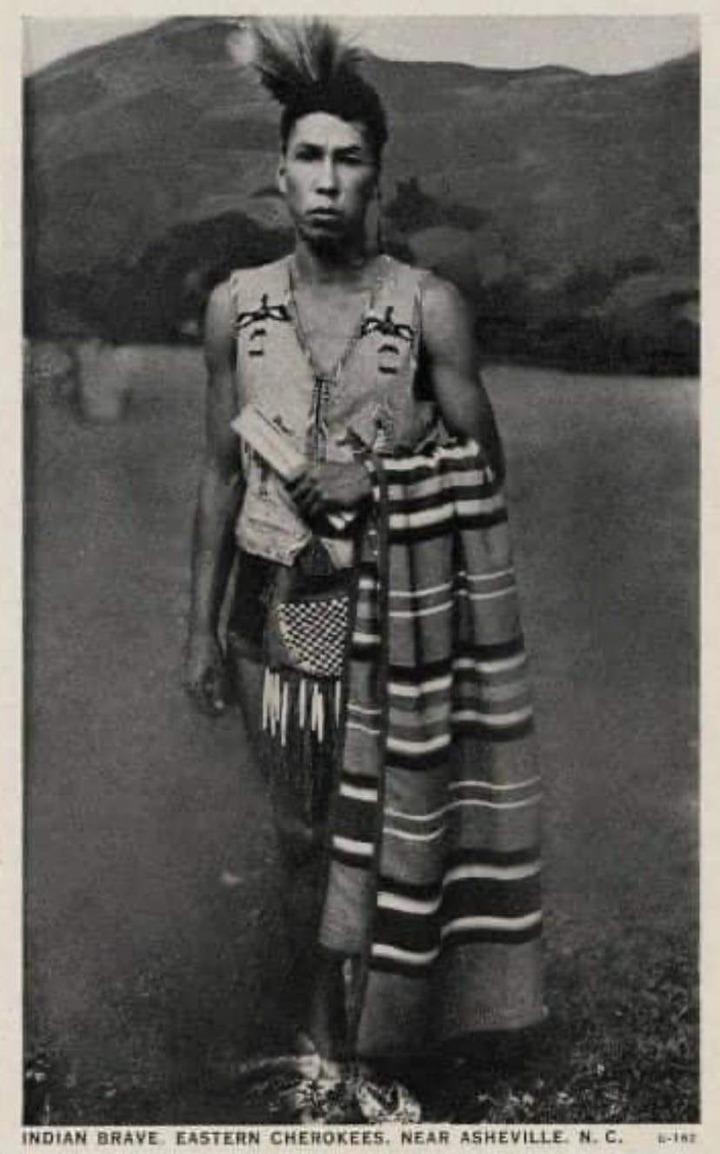 Today Cherokee people dress like other Americans, except for special occasions, when the men wear ribbon shirts with jeans and moccasins, and the women wear tear dresses with corn beads, woven belts, and moccasins.

The Eastern Band of Cherokee Indians (EBCI) are descended from Cherokee people who had taken land under the Treaty of 1819 and were allowed to remain in North Carolina; from those who hid in the woods and mountains until the U.S. Army left; and from those who turned around and walked back from Oklahoma. By 1850 they numbered almost a thousand.

Today the Eastern Band includes about 11,000 members, while the Cherokee Nation in Oklahoma claims more than 100,000 members, making the Cherokee the largest tribe in the United States. Cherokee arts and crafts are still practiced: basket-weaving, pottery, carving, finger-weaving, and beadwork.

The Cherokee language is spoken as a first language by fewer than a thousand people and has declined rapidly because of the policies of federally operated schools. However, since the tribe has begun operation of their own schools, Cherokee language is being systematically taught in the schools.

There have never been Cherokee shamans. Shamanism is a foreign concept to North America. The Cherokee have medicine men and women.

"aho" is not a Cherokee word and Cherokee speakers never use it. Most are actually offended by the misuse of this word. It's not some kind of universal Native word used by all tribes, as many believe. Each individual tribe have their own languages. We can respect these languages by using them correctly or not at all. 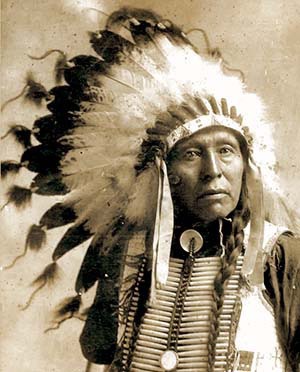 In order to belong to one of the seven Cherokee clans, your mother had to have been/be Cherokee and her clan is passed on to you. If the maternal line has been broken by a non Cherokee or someone had all sons, you have no clan, which is the case with many today.

Thereis only one Cherokee tribe that consist of three bands. The Cherokee Nation of Oklahoma, United Keetoowah Band of Oklahoma and the Eastern Band of Cherokee Indians of North Carolina. All others who claim a different band than one of the three above are not considered Cherokee and are a direct threat to Cherokee tribal sovereignty. In fact, to be Cherokee, one must be registered with the tribe, as Cherokee is a citizenship granted through documentation. One can have Native DNA but is not considered Cherokee until they are a registered tribal citizen.