In the late 1600s, shortly after their first encounter with Europeans, the Ashanti founded their state around Kumasi. In some ways, the Empire arose from the battles and upheavals brought about by Europeans seeking the fabled gold riches that gave the region its name, the Gold Coast. The Portuguese were the most active Europeans in West Africa during this time. 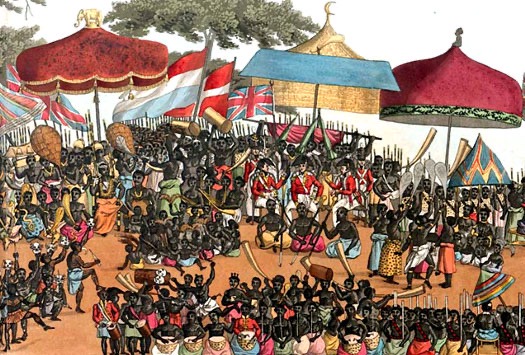 From 1701 to 1717, he and his priest, Komfo Anokye, consolidated the coastal region's various chiefdoms into the most powerful political and military entity. The Asantehene formed the Asante Union, an association of Akan-speaking people who had pledged their allegiance to him. The Asantehene established Kumasi as the new empire's capital. He also drafted a constitution, restructured and centralized the military, and established Odwira, a new cultural festival to commemorate the new union. Most notably, he designed the Golden Stool, which he said represented all Ashanti ancestors. Osei Tutu legitimized his rule and that of the royal dynasty that succeeded him on that Stool. 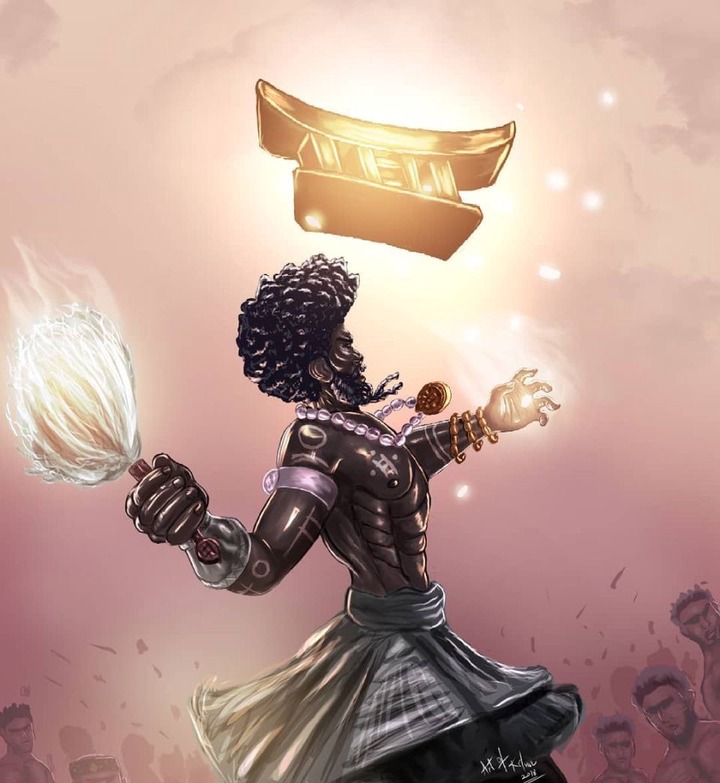 The Ashanti Empire's main export was gold. Osei Tutu declared the gold mines to be royal property. He also made gold dust the empire's circulating currency. Asante inhabitants, particularly the emerging wealthy merchant elite, gathered gold dust on a regular basis. Even the poorest of subjects, however, used gold dust to decorate their garments and other belongings. The royal family's and the wealthy's gold jewellery were significantly more precious. They were melted down and fashioned into new display patterns in jewelry and sculptures on a regular basis.If the early Ashanti Empire's economy was based on gold trading in the 1700s, it had become a major exporter of enslaved people by the early 1800s. Slaves were sold to Mande and Hausa traders in exchange for items from North Africa and, indirectly, Europe. The Ashanti endeavored to meet the increased demand for prisoners from the British, Dutch, and French by shifting the trade to the south around 1800. The Ashanti were given luxury commodities and manufactured products in exchange, the most important of which were guns.

The Ashanti and their neighbors suffered greatly as a result of this trade. From 1790 to 1896, the Ashanti Empire was constantly at war, either expanding or defending its territory. The majority of these wars provided opportunities to obtain additional slaves for commerce. The Empire's defenses against the British, who later became their major foe, were undermined by incessant conflict. The Ashanti Empire fought British expansion on their land between 1823 and 1873. British forces, on the other hand, successfully invaded the Empire in 1874 and briefly seized Kumasi. 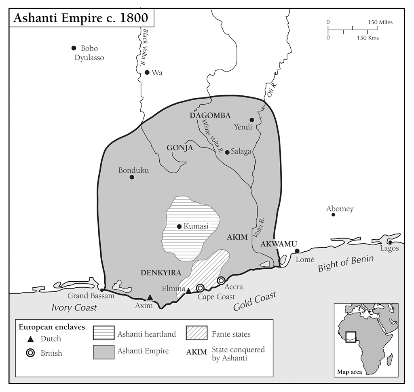 In 1896, the Ashanti revolted against British control, and the Empire was once more conquered. The British deposed and deported the Asantehene after another insurrection in 1900, and incorporated the Empire into their Gold Coast colony in 1902.