10 Facts About Presentations That You Should Know

By rocksonbaffoe (self media writer) | 23 days ago

Presentations are the standard for business communication over the world and have been for decades. But the history of presentations, and software like Microsoft PowerPoint and Google Slides, are quite fascinating.

Not to mention, presentations themselves are interesting in the way they have managed to capture the world of communication and the reasons why they dominate in the sphere of textual-audio-visual communication.

Here are 20 interesting and unique facts about presentations that you may not have heard of before! 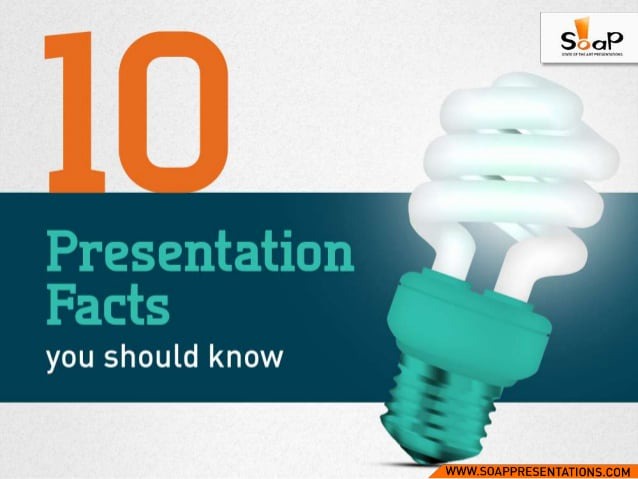 Created by Robert Gaskins and Dennis Austin, it was the product of a company called Forethought, Inc. The name throughout development was 'Presenter' but due to competing trademark registration, it was changed to PowerPoint shortly before its release. Microsoft later acquired PowerPoint for $14 million.

2. Microsoft PowerPoint was originally created for the Macintosh in 1987.

It took developers Robert Gaskin, Dennis Austin, and Thomas Rudkin 3 years to create PowerPoint, starting their development in 1984. Apple Strategic Investment Group chose PowerPoint as its first significant investment and the first PowerPoint 1.0 for Macintosh was shipped on April 20th, 1987.

PowerPoint's initial sales were not as promising as expected, especially with the narrower reach of the Macintosh. However, with Windows outselling Macintosh, and Microsoft's acquisition of PowerPoint, it saw a steady increase in sales, from 200,000 units of sale in 1990 to over 4 million units in 1997.

4. About 35 million PowerPoint presentations are given each day.

500 worldwide users every day engage in the practice of giving presentations. By the late 90s, PowerPoint had become the staple tool for corporate communication, as stated by Rich Gold, a scholar of corporate presentations, in 1999, 'Within today's corporation, if you want to communicate an idea ... you use PowerPoint." 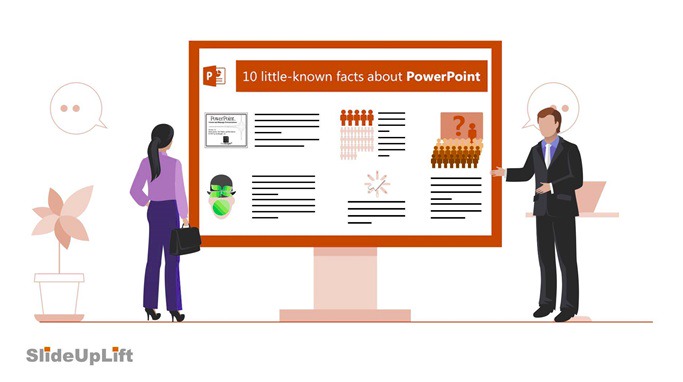 5. 47% of presenters take up to 8 hours to prepare their presentations.

65.7% of presenters prefer to make their own presentation slides. This adds to the total time taken in order to make presentations that are both creative and visually engaging. Moreover, there is no definitive formula for a good presentation, making some presenters take a lot of time in finalizing elements for the PPT.

6. 32% of business professionals see a presentation every day.

A PowerPoint presentation is an audiovisual communication device, and the visual aspects cannot rely solely on text-based information. Nothing puts an audience off more than large blocks of text within a presentation.

According to Rajat Thawani, Arjun Ravishankar, and Rohan Shad in their paper 'Prepare and deliver an effective presentation', serif fonts work best in smaller texts, as they improve readability for large chunks of text ordinarily associated with smaller font size. In contrast to that, for larger text and headings, sans serif fonts are better and more aesthetically pleasing.

9. Most people tune out of a presentation within 10 minutes.

10 minutes is the magic number for audience attention during a presentation or slideshow, after which attention starts waning. At this point, it is a good idea to include audience interactions, such as polls, discussions, questions, etc, to retain the audience's attention and keep them focused.

10. Reading of the slides by a presenter is voted as the most annoying aspect of presentations.

An international study found the reading of presentation slides as the most annoying habit of presenters. The second was using a tiny font size not appropriate for the scale of the presentation. The third was having full sentences as text on a slide.