The use of mobile phones has become an inevitable part of our everyday lives and being in general. With the development of mobile phones into the smart phone, all aspects of our lives seems to have been webbed into the smart phone. Our work, our education, our marketing system, and all others are internet based where everything can be controlled at the click of a button.

Just like any other gadgets, mobile phones or smart phones have their mode of usage and regulations on how they can function effectively for the user. By this, it is much welcome to say that they also have their "don'ts", which, when not adhered to, may result in damages to the device or to the user to the point of fatalities.

One of the major pieces of advice being given every time is for people not to use their phones while charging it. Today we present to you images of a video experiment conducted and shared on facebook by "One Ghana TV" on how dangerous it is to use a mobile phone while charging it. In the video, a power detecting device was used to test the presence of electric power in the phone, and the human body when the phone was connected to the charger in the source of power, and when the phone was touched by a person as it was still being charged, respectively. 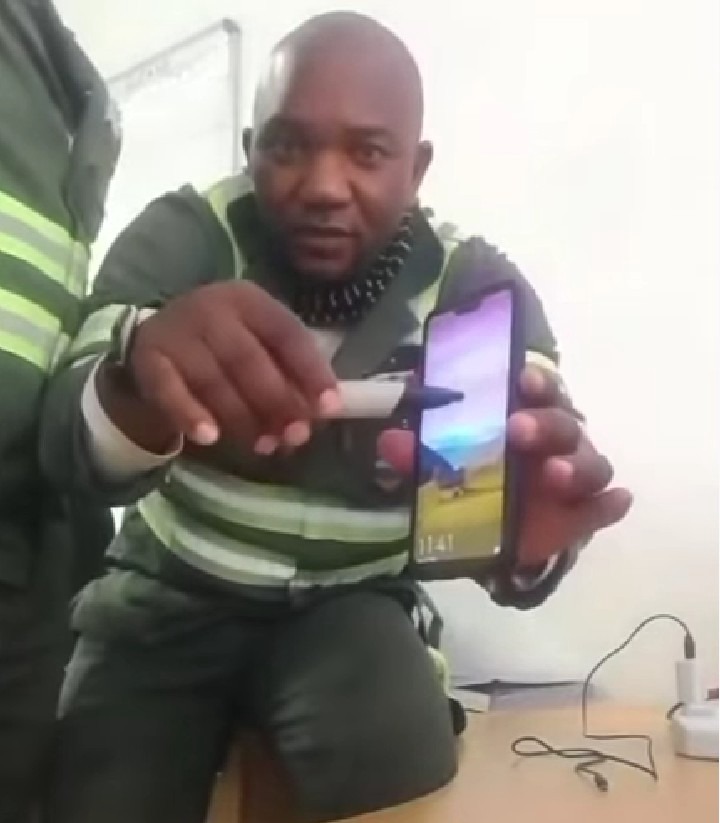 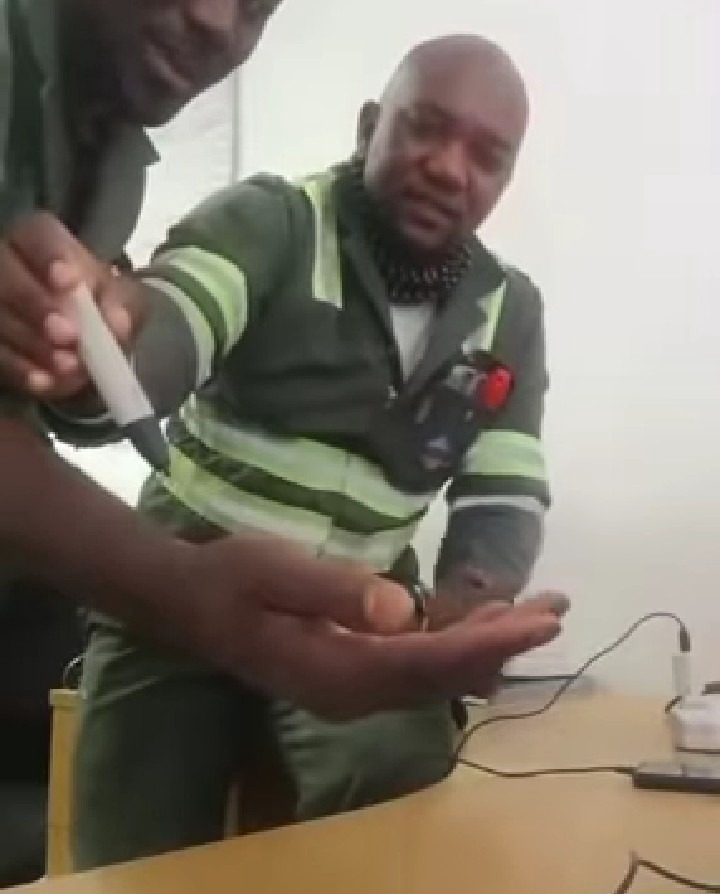 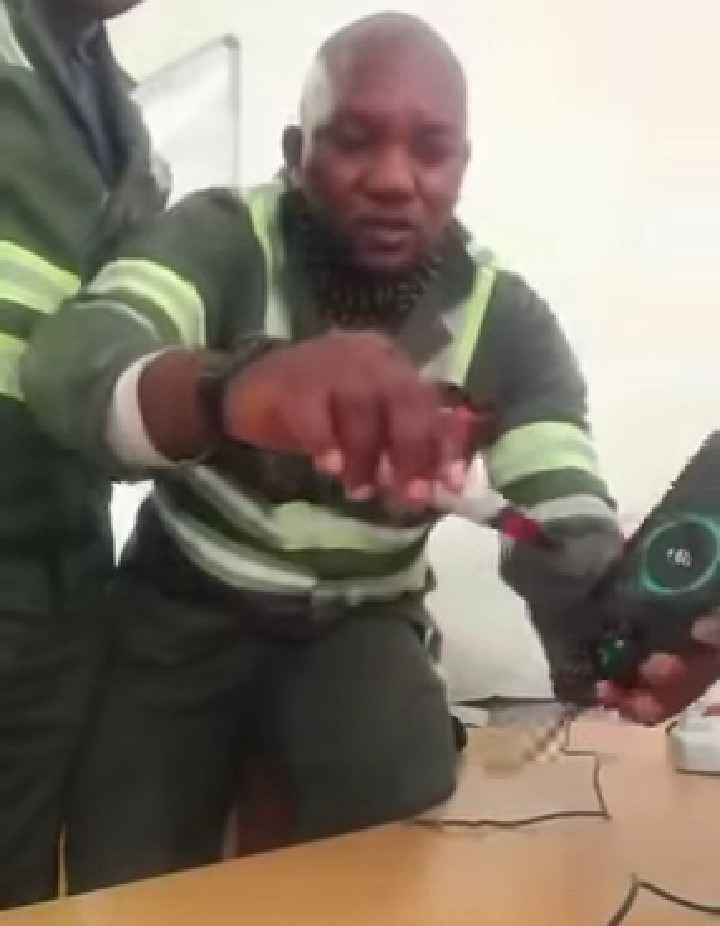 The same was shown as one of the officers handled the phone while it was being charged: his body began to show activeness of electric power throughout his body.

In the images below, there are indications of power conduction in the human body as he tries to use the phone 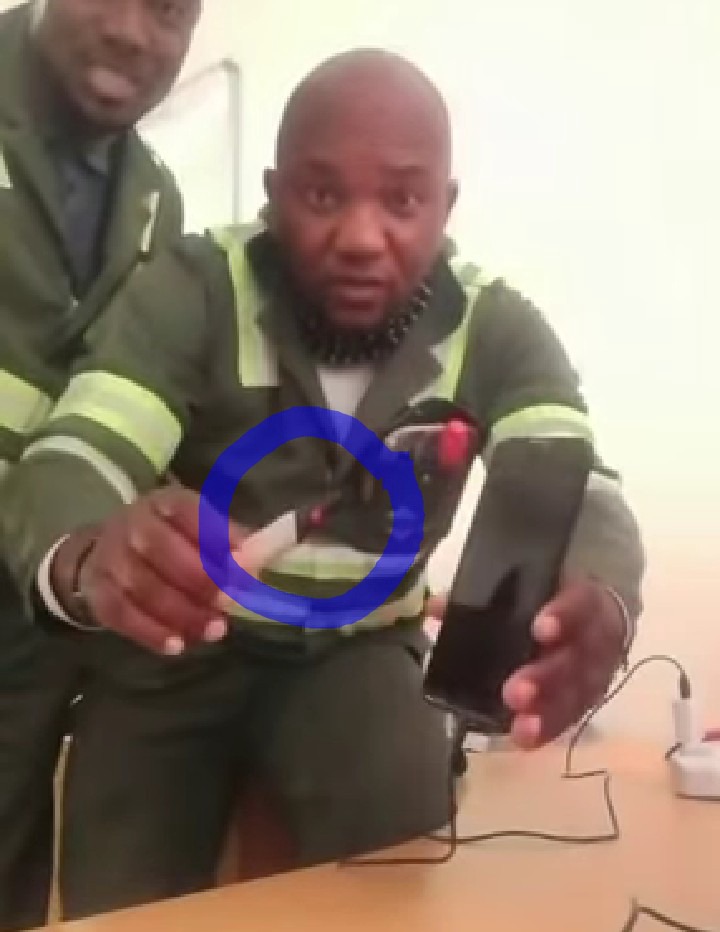 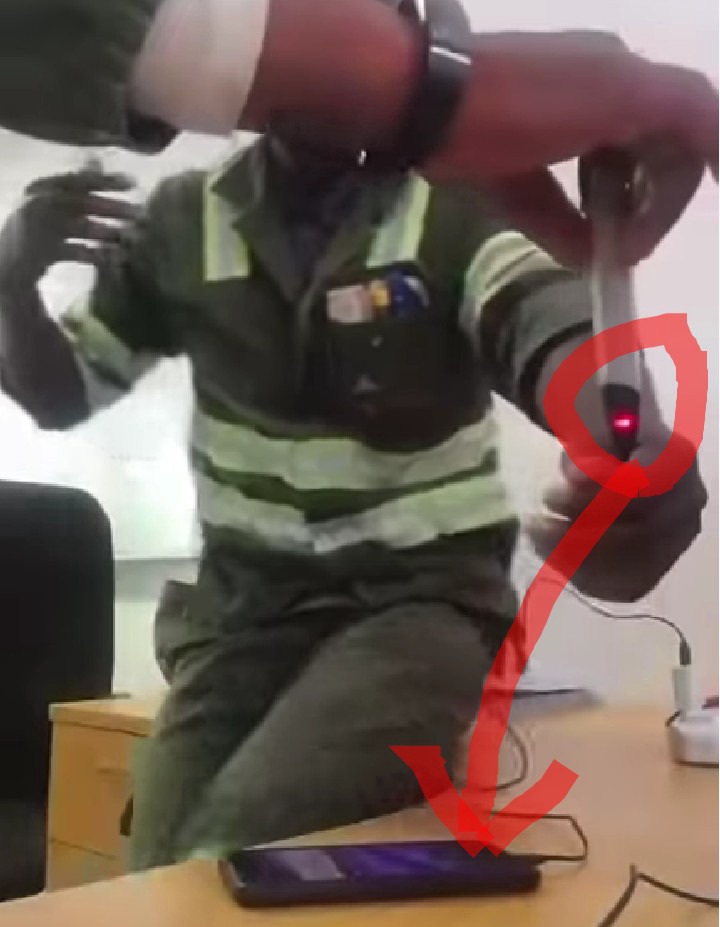 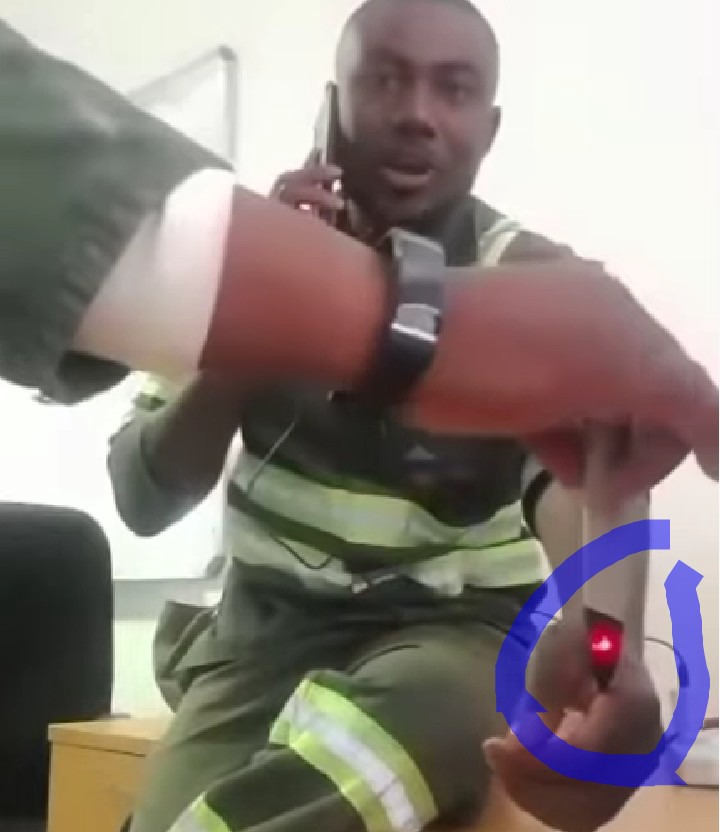 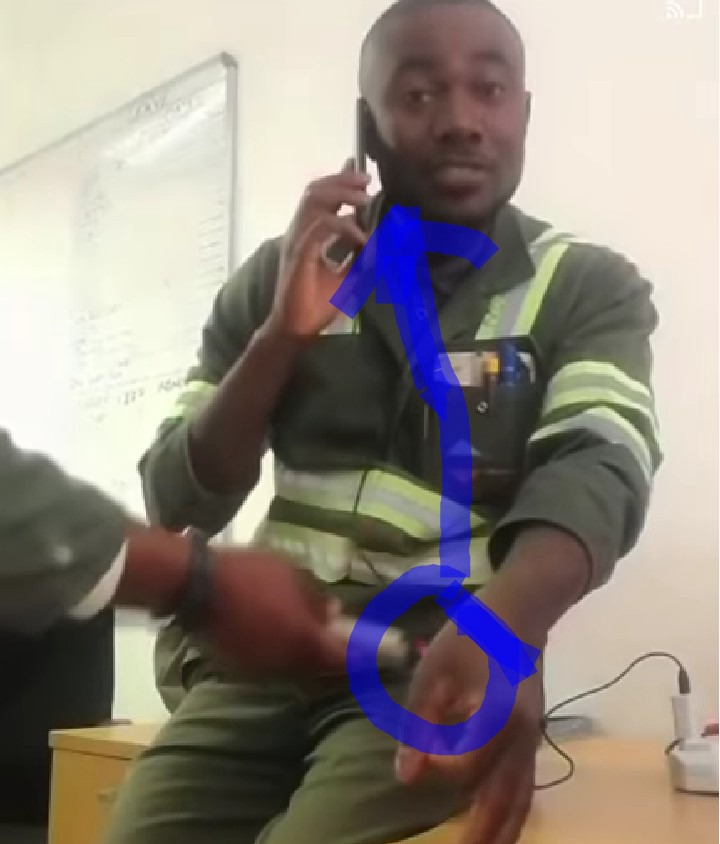 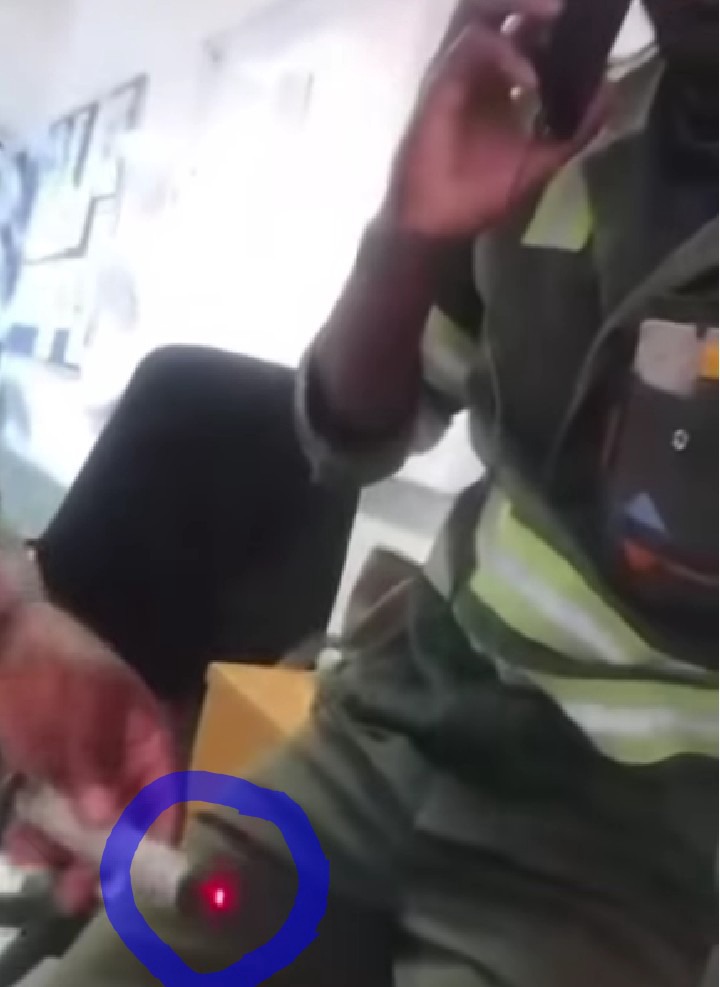 This basically means that any device that can react to electricity to cause harm may do so to a person who is using mobile phone while charging it. Some incidents recorded from this practice are:

Check How Boss Was Beaten Mercilessly With "A Mob" By His Employee For Inappropriate Texts. (Photos)