By Isaacyarn_news (self meida writer) | 12 days 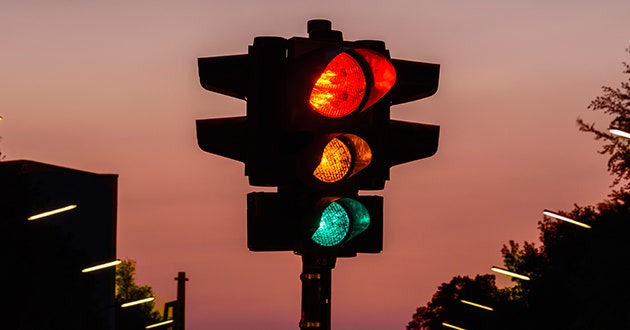 In South Africa, they have a fascinating name for traffic signals. They call them robots. Definitely, strange, I know. In the same way as other nations that have put intensely in framework, for all intents and purposes each and every convergence has completely working robots to help sort out and direct traffic in a methodical way.

There are, notwithstanding, a couple of convergences that don't have traffic signals. Unusually however, even at these intersections, traffic keeps on streaming easily with no hitch at all.

This is a direct result of an implicit principle – a framework that works through quiet arrangement by all drivers. It's called First Come, First Serve.

It's not exceptionally muddled. Whichever vehicle gets to the crossing point initially has option to proceed, and any remaining vehicles coming from any remaining bearings WILL let it through. No one attempts to cheat, no one debates who arrived initial, individually in solidarity and amicability, everyone sits tight to cross, and mental soundness wins.

There are no police officers mounted on the asphalt watching to punish any individual who disregards this normally settled law, no surveillance cameras to find swindling guilty parties – nothing. Simply a perpetual stream of individual drivers, each picking at the crucial point in time to make the best choice.

Presently, I'm not discussing some Utopian science-anecdotal country of things to come where everybody wears white suits and is infused with a day by day portion of cheerful juice. Hell, I'm not in any event, discussing some European or Asian super-power. I'm discussing South Africa here noor. Only five and a half hours from us. Same mainland.

Would you be able to suppose it was Ghana? I mean gander at what happens when one of only a handful few traffic signals we have ends up separating. The crossing point transforms into a suburb of Hell. Everyone sounding their horns, vehicles nose to tail, bumper to bumper, jarring and pushing their way through, at last carrying the entire wreck to a halt, backing up traffic for a significant distance toward each path, until a cop shows up and compels some civilization into everybody's head. All on the grounds that every driver is attempting to do what is best for themselves as it were. To hellfire with every other person.

So would could it be that makes the South African driver willing to make the best decision in any event, when no one is watching? All things considered, it's basic. They accept that it's better for everybody to win, than for one individual alone to have their direction. They comprehend that a second's understanding and kindness for the following individual methods there is no requirement for confusion, and eventually, everybody gets everything they might want.

My companion, check out you. Life is a sans robot intersection. There will not generally be a police officer there to drive you to offer approach to different drivers, to have your spot at the rear of the line, to place your litter in the container, to flush the loo subsequent to utilizing it, to act like a cultivated human… But what you do when no one is watching, the manner in which you treat others when you're not obliged to treat them well, the manner in which you act when there's no traffic signal to cause you to make the best decision, that is your actual self.

I'm certain you've all seen that viral video of an ocean of foulness streaming down an open channel in Asylum Down here in ACCRA after not exactly thirty minutes of downpour. Some of you probably pondered where all that trash came from. Well it came from individuals like you and me, who chose to litter the roads and void their canisters into drains when no one was watching. They were being their actual selves, and their actual selves said "it's helpful for ME to dump my junk here, so to hellfire with every other person".

Toward the beginning of today, it's an ideal opportunity to look again in that reflect as a country. We should analyze our actual selves and find out if we're humanized people or wild creatures. Is it true that we are nice essentially or must we be constrained? Whatever answers we concoct, whoever we distinguish ourselves to be, we should concur we could all improve, and how about we go through every day doing precisely that.