By Nokturnal (self meida writer) | 22 days

The Nation Ghana over the few months has been in an uproar on Twitter and other social media platforms over the hashtags Fixthecountry and Fixyourself.

The Hashtag began with A Twitter user known as kalyjay(@gyaigyimi) who was dissatisfied with the way this country has been ruled by previous governments and also the ruling governments.

The Twitter influencer who is having over 400k Twitter followers started by taking pictures of undeveloped and neglected places in this country and captioned it #Fixthecountry, various celebrities in the country including Efia Odo also saw the need to promote this agenda and over time, it trended to become the number one topic in Ghana for over weeks. Many Twitter users took upon themselves to capture poor infrastructures, poor roads and poor administration unto their pages and also captioned it #Fixthecountry which made the topic trend.

As topic was trending, many celebrities and citizens also started the hashtag #Fixyourself and what they meant was that the citizens of the nation has to fix themselves since they are the cause to the problem we have in this nation. Celebrities such as Kuami Eugene and Kwadwo Sheldon supports this agenda. They received many lambasting from citizens concerning they saying citizens should rather fix themselves.

So guys what do you think?

Should we #Fixthecountry or #Fixyourselves? 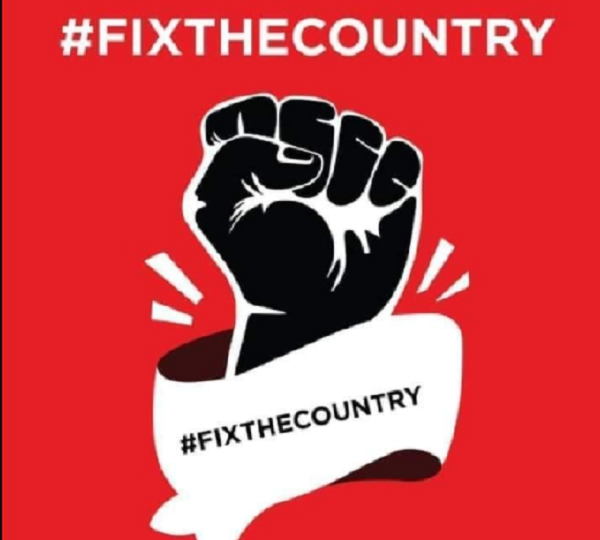 Content created and supplied by: Nokturnal (via Opera News )