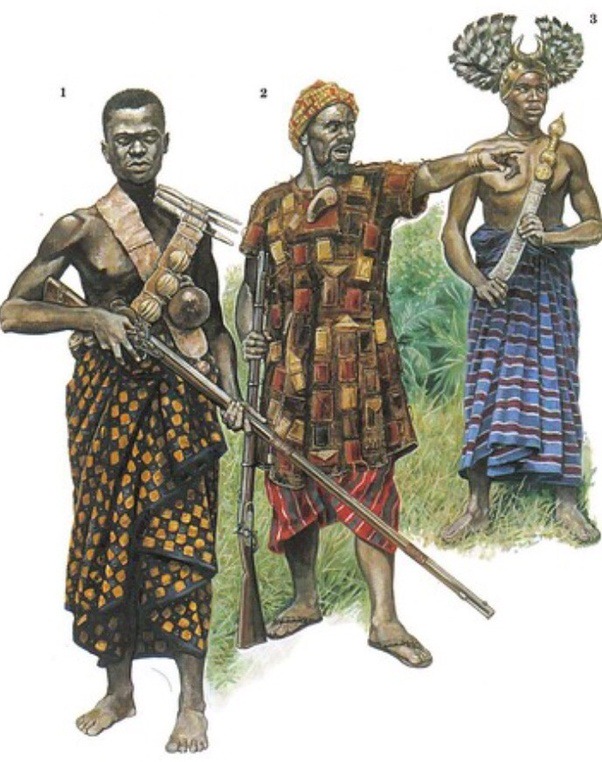 The main issue that African states faced was obtaining enough specialized labor to produce weapons on a large-scale, comparable to European and Asian states. Even the most advanced West African

states had quite small populations compared to Eurasian states, and faced higher mortality due to a greater prevalence of disease. The actual technical skills of West African artisans were not that far behind the Eurasian world (Asante blacksmiths regularly repaired European firearms and sometimes also manufactured new parts for them), but their numbers were too small to create efficient economies of scale. 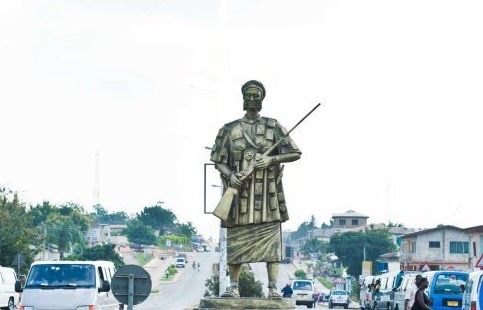 You can see in the picture the queen mother dressed in her battle regalia and carrying a locally made long barrel gun across her chest, ready to punish the invaders.By the mid to late 1800s European colonial powers put a stop to this when it did not further their colonial ambitions, especially after the end of the bulk of the slave trade.

Most slaves were brought to market from within Africa by coastal Kingdoms and Emirate not by European expeditions to the interior. Guns were useful for these slaving nations especially on the west coast, once this was over the guns became a threat to European ambitions not an assets to the slave trade, so it was frowned on.

The game changer was the switch in gun technology by European nations. The newer weapons were breech loading and some like the Martini action rifles were rapid fire compared to older single shot weapons and muskets traded to African leaders.

The new technology was too expensive to trade in volume for African nations already under economic pressure from European and Arabic disruption to African trade patterns so they were either out gunned by new tech or could not afford guns.

In the late 1800s the game changer was all technology, the magazine fed long arms like the Lee Enfield type rifles, the Maxim Gun (machine gun) and the light howitzer and heavy ship based howitzers , this technology required heavy industry of a type not found among African iron workers.