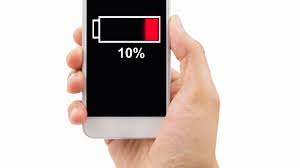 Your device is designed to perform well in a wide range of ambient temperatures, with 62° to 72° F (16° to 22° C) as the ideal comfort zone. It’s especially important to avoid exposing your device to ambient temperatures higher than 95° F (35° C), which can permanently damage battery capacity. That is, your battery won’t power your device as long on a given charge. Charging the device in high ambient temperatures can damage it further. Software may limit charging above 80% when the recommended battery temperatures are exceeded. Even storing a battery in a hot environment can damage it irreversibly. When using your device in a very cold environment, you may notice a decrease in battery life, but this condition is temporary. Once the battery’s temperature returns to its normal operating range, its performance will return to normal as well.

Store it half-charged when you store it long term. 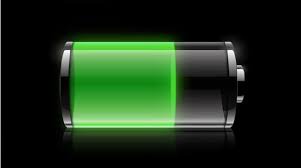 If you want to store your device long term, two key factors will affect the overall health of your battery: the environmental temperature and the percentage of charge on the battery when it’s powered down for storage. Therefore, the following are recommended :

II. Power down the device to avoid additional battery use.

V. If you plan to store your device for longer than six months, charge it to 50% every six months.

Depending on how long you store your device, it may be in a low-battery state when you remove it from long-term storage. After it’s removed from storage, it may require 20 minutes of charging with the original adapter before you can use it 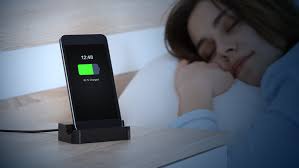 Charging overnight or in a cradle during the day is a very common habit, but it’s not recommended for several reasons (the old “overcharging” myth isn’t one of them). First, continuous trickle charging of a full battery can cause plating of the metallic lithium, which reduces stability in the long term and can lead to system-wide malfunctions and reboots. Secondly, it leaves the battery at the higher stress voltage when at 100 percent, as we just mentioned above. Third, it creates excess heat caused by wasted power dissipation.

Ideally, a device should stop charging when it reaches 100 percent battery capacity, only turning the charging circuit back on to top up the battery every now and again — or at the very least reducing the charging current to very small amounts.

A few phones tested, charged to 100 percent and they continued to pull up to half an amp and sometimes more from the wall outlet. Turning the smartphones off doesn’t make a difference in many cases, with only the LG V30 dropping down to below 20mA when off and still plugged in. Most phones hover between 200 and 500 mA.

A final point worth mentioning is parasitic load. This occurs when the battery is being drained significantly at the same time as being charged, such as watching a video or gaming while charging.

Parasitic loads are bad for batteries because they distort the charging cycle and can induce mini-cycles, where part of the battery continually cycles and deteriorates at a faster rate than the rest of the cell. Worse still, parasitic loads occurring when a device is fully charged also induce higher voltage stress and heat on the battery. 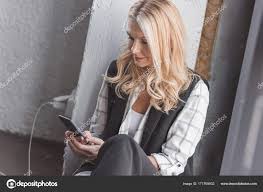 The best way to avoid parasitic loads it to turn your device off while charging. But it’s probably more realistic to keep the workload very light while the device is plugged in, leaving it to idle most of the time. Remember to unplug it once the battery is topped up enough.

Content created and supplied by: Lucky_16 (via Opera News )