By Rasmodem (self media writer) | 4 months ago

Let me start by saying that I like Android phones. I love the variety of hardware and myriad software customization options. The Galaxy S8 and S8+ are especially compelling for those who want the sexiest design and best phone camera. But when most friends and family ask me what phone to buy, I tend to recommend the iPhone over Android.

Notice that I didn't say "iOS over Android." The reason to go the Apple route isn't just the platform; it's how the software and hardware complement each other. Live Photos on the iPhone 7, as well as the iPhone SE, is a perfect example. The iPhone also works seamlessly with other Apple gadgets, including Macs and the Apple Watch — there's an ecosystem factor. Here are 10 reasons why the iPhone beats Android. 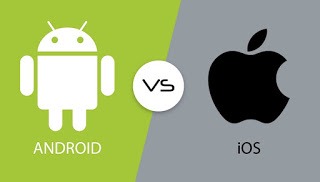 I'm not saying benchmarks don't matter. But Geekbench 4 is not the same as real-world tests, such as opening a series of popular apps. There are multiple videos out there that show just how much faster the iPhone 7 Plus is than the Galaxy S8, and that's with the beastly Qualcomm Snapdragon 835 chip inside Samsung's latest flagship.

In this particular face-off by PhoneBuff, you'll see that the iPhone really stretches its lead once it starts to open apps that are stored in the background. And the supposedly faster iPhone 8 isn't even out yet! Apple's advantage comes from better hardware and software integration and controlling both sides of the equation. Which brings us too...

The iPhone 7's 3D Touch display is smart enough to sense pressure, allowing you to take quick actions from the home screen just by long pressing on an app icon. Or you could peek at that email just by lightly tapping on it in your inbox. Sure, Android phones have offered haptic feedback for ages, but the Taptic engine in the new iPhones is super efficient.

On the iPhone 7, the Home button also leverages the Taptic engine, so it doesn't physically depress. This prevents lint and other crud from getting underneath the button. And you can adjust the sensitivity level.

3. It's the Easiest Phone to Use

Despite all the promises by Android phone makers to streamline their skins, the iPhone remains the easiest phone to use by far. Some may lament the lack of change in the look and feel of iOS over the years, but I consider it a plus that it works pretty much the same as it did way back in 2007. Pick it up, turn it on, touch the app to open.

The iPhone 7 has more features than the original, but it Original Image

Of course, Apple has folded in enhancements over the years, such as Siri and Control Center (though I think the Today Screen still isn't useful enough). Yet the iPhone still has zero learning curve. With iOS 10, Siri and iMessages are now open to developers, and there are customizable widgets available for the Today screen. So you can't really make the argument that the iPhone is a walled garden anymore.

4. OS Updates When You Want Them

This is going to hurt a little, Android fanbois. As measured by the App store in February of 2017, about 80 percent of iOS devices were running iOS 10, the latest version of Apple's software. That's five months after launch. In early April, Google reported that Android Nougat was on a measly 4.9 percent of Android devices. That's pretty sad since it's eight months after Google released the new version of Android.

The problem is this: with the exception of pure Android phones like the Pixel, the Samsungs, LGs and HTCs of the world have to jump through more hoops to bring you the latest version of Google's OS, including carrier certification. Plus, phone makers typically drag their feet on updating older phones, so as to encourage folks to upgrade. All iPhone owners can update to the latest version of iOS on day 1 (or close to it, depending on how Apple's servers strand up to the strain). This dynamic isn't going to change anytime soon. 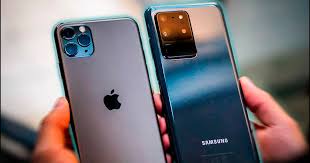 Now that both iOS and Android have more than 1 million apps in their stores, the arms race is over, right? Not really. The iPhone is still favored by developers as the launch platform of choice for the hottest new apps.

The Google Play store is like the Netflix of app stores; it gets the hits, but usually after they see their first run on iOS. For instance, it took two years for Instagram to debut on Android after it launched for the iPhone. Other apps have taken only months to jump for iOS to Android, such as Super Mario Run.

The message is clear. If you don't want to be treated like a second-class app citizen, the iPhone is still the king.

It's not a good sign for prospective Android phone buyers that some of the most popular articles we do are bloatware-removal guides. See the S8 bloatware guide.

Samsung and others have gotten better at minimizing the pain for users by lumping all carrier bloatware into a single folder, but it's still just crap taking up space on your phone.

You won't find a single piece of carrier software pre-loaded on an iPhone, making for a clean out-of-box experience. Now, Apple does include some apps you might not want or need, like Apple Watch, but it has much more restraint than other manufacturers when it comes to bundling its own stuff. And with iOS 10, you can at least disable built-in apps you don't need.

If you haven't tried a Mac in a while, you might be surprised to know just how well iPhones work with them. For instance, with the Continuity feature in macOS, you can use your MacBook to send and receive text messages and even receive and place calls. All you have to do is keep your iPhone nearby.

I find the Handoff feature a little less useful, but some may like that they can do things such as start an email on their Mac and then pick up where they left off on their iPhone — or vice versa. Thanks to iCloud keeping everything in sync, you'll also have easy access to the photos you take on your iPhone from your Mac, as well as any notes or documents you create.

With the macOS Sierra, you can use your Apple Watch to unlock your Mac.

MORE: 12 Best iOS Apps You're Not Using (But Should Be)

Between Android Pay and Samsung Pay, Apple has plenty of rivals, but right now Apple Pay is the most popular method for making mobile payments. It’s also dead-simple to use. All you have to do to use Apple Pay is bring your iPhone close to the supported payment terminal at the checkout counter, then press your finger on your phone's Touch ID sensor.

Apple Pay also supports reward cards from the likes of Dunkin' Donuts, Panera and Walgreens. Store-issued credit card support is available, too, with BJ’s Wholesale Club, Kohl’s and JCPenney on board so far. All of the above will be stored in the new Apple Wallet app.

Samsung Pay can be used in more physical locations, but Apple pay can also be used within apps and now on the web — without having to log in.

An Apple family that plays together, saves together. With Family Sharing on the iPhone, mom, dad and the kids can share purchases from the App Store, iTunes and iBooks with up to six people. You can still keep your own iTunes accounts, too. When Junior wants to make a purchase, you'll receive an alert via the "Ask to Buy" feature, so you can keep better tabs on what he's downloading and also prevent bill shock.

Other Family Sharing features include shared photo albums, a shared calendar and the ability to see where your kids are on a map at any time. Google doesn't offer easy family sharing on Android devices.

When you have a problem with your Android phone, you can try online forums or calling your carrier. But with the iPhone, you can tap into a vast database of useful help articles on Apple's website, get help via live chat, or you can schedule an appointment at an Apple Store Genius Bar. Google doesn't have this kind of direct relationship with its customers. With Android, you're on your own.

Content created and supplied by: Rasmodem (via Opera News )