"JM Built It": John Mahama Is Trending On Twitter

By Discoverers_Gh (self meida writer) | 20 days 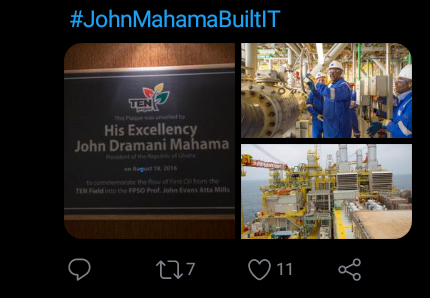 Social media, particularly Twitter has taken the trend to another dimension again. This time round, some Twitter users have decide to publish former president John Dramani Mahama's achievements as president from July 24, 2012 to January 6, 2016.

Here are some tweets from different individuals on Twitter:

"Mahama built major infrastructure in all sectors of the economy during his tenure in office, it's either you don't know about it or you are afraid to mention Akuffo-Addo's monumental failure without tagging Mahama." @DJAfrocentric

"Let it be known that the Telecommunication and Broadcasting Regulations Tower for the NCA was built by John Dramani Mahama." @Citizenyao 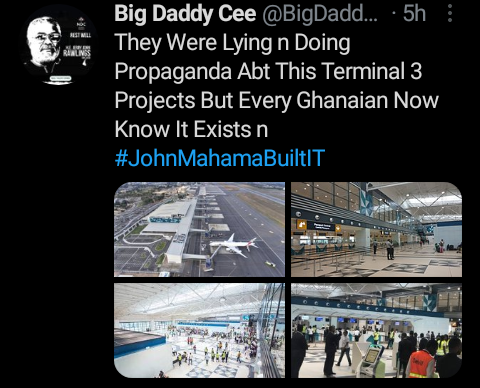 "Cape Coast stadium is a government property. If you don't know, go and check out the facts, and it was built by His Excellency John Mahama, the visionary leader." Tweeted by @JohnArthur

"Who wants to know the roads built by John Mahama in Kumasi ? It will shock you that JM constructed the KNUST-Ayeduase Road under urban raods." #JohnMahamaBuiltiT

"Get it! The University of Health and Allied Sciences (UHAS) having campuses at Hohoe and Sokode Lokoe and at Ho itself was built by John Mahama." @Mickey

"Let it be known that the TEN Oil Fields which is the country's second FPSO was built by the NDC government under John Mahama." @PeterDoe. 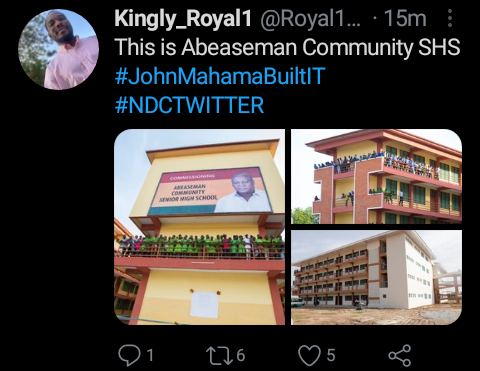 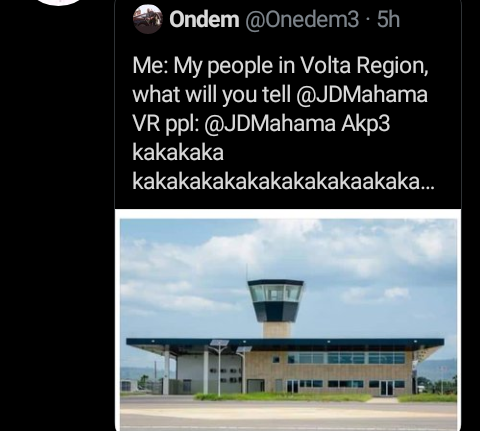 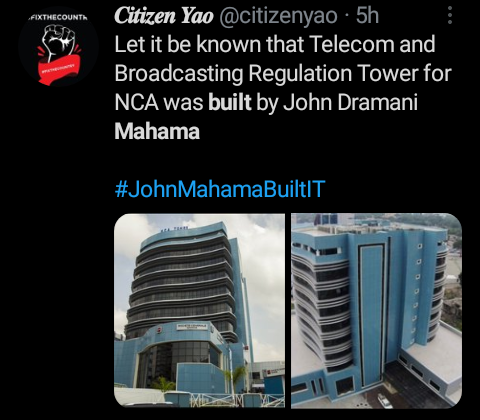 However, some people condemned the trend and posted these:

"When will Ghanaians stop this Mahama or Nana did this? It's our tax monies and they couldn't have done it without the help of Ghanaians. We helped them. They had the vision and with our money they implemented it." @KofiArmah.

@JohnBetjen also tweeted, "The reason why governments don't continue the project of their predecessors is because what the NDC folks are doing now, #JohnMahamaBuiltiT. Even though it's good, it's too much and must stop."