Most Expensive Gadgets In The World

By KkCabobo (self meida writer) | 25 days

10 most expensive gadgets in the world 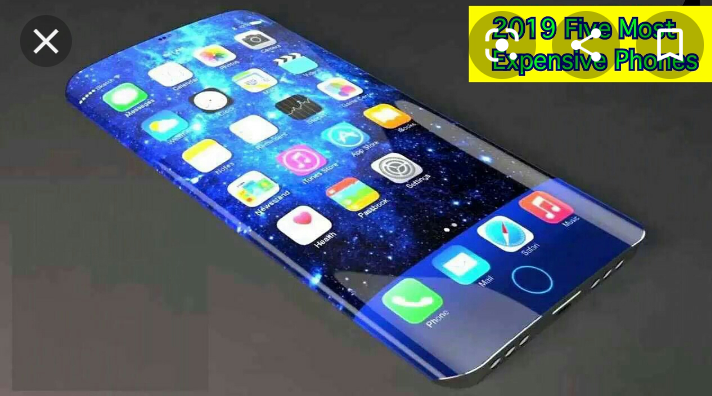 10 most expensive gadgets in the worldWhile most of the good gadgets are expensive, there are some that are really expensive. As, ever since smartphones and other gadgets have become a quintessential part of our lives, luxury designers have been launching jazzed up versions of popular devices that suit the rich and famous.

Want to see some of the costliest gadgets in the market? Check out our list of 10 most expensive gadgets…

The highlight of this black-and-gold iPhone 5 is the single, flawless black deep-cut diamond that has replaced the home button. Weighing 26-carat, this black diamond belonged to a Chinese business man who commissioned this phone from luxury product maker Stuart Hughes.

iPad 2 Gold History Edition — $7.8 millionWant modern technology embedded with a piece of history? Stuart Hughes has created an iPad 2 that boasts of the shavings of the bone of a 65 million-year-old T-Rex dinosaur. That’s not all. The device’s front frame is made using Ammolite, the oldest rock in the world, dated as many as 75 million years back.

This gadget is also encrusted with 53 flawless diamonds, weighing 12.5-carat. The back panel as well as the Apple logo of this iPad 2 are made using 24-carat gold and weigh 2kg. Priced at a cool $7.8 million, only two units of this iPad 2 Gold History Edition have been made by Stuart Hughes.

Hart Audio D&W Aural Pleasure loudspeakers — $4.7 millionThe most expensive pair of speakers in the world was made by Hart Audio in 2012 as part of its Aural Pleasure range. Priced at $4.7 million, there is only one pair available in the world, made of 18-carat gold. Five sets of silver speakers were also made, costing $315,000. The solid phosphor bronze speakers are priced at $63,000, with stocks limited to a total of 99 pairs.

Camael Diamonds iPad — $1.2 millionDiamonds are a girl’s best friends, goes the saying. How about a diamond-encrusted iPad worth $1.2 million? This gadget is crafted with 18-carat gold and has 300-carat diamonds on the back. The Home button in the front and the Apple logo on the back are made using black diamonds. Made by Camael London, this gadget weighs over 1kg.

Macbook Air Supreme Platinum Edition — $500,000Apple products are among the most expensive in the world and luxury brands are taking it a notch up. Not just iPhones and iPads, but Macbook laptops have also undergone the luxury treatment. The Stuart Hughes Apple MacBook Air Supreme Platinum Edition is made using platinum weighing a massive 7kg, with only five units available across the world. Even without all the diamonds and sapphire, this iteration of Macbook Air costs approximately $500,000.

Nintendo Wii Supreme — $497,300Nintendo Wii is discontinued now, but Stuart Hughes has made sure that it remains relevant for gamers living a luxurious life. With only three units made, the device costs a hefty $497,300. The Nintendo Wii Supreme is made using solid 22-carat gold, weighs over 2.5kg and takes six months to craft. The front buttons are made using 78x0.25-carat flawless diamonds, weighing a total of 19 carat.

Each speaker has glossy piano-black side pieces and 24-carat gold accents around all eight AMT tweeters. The eight-feet-tall and 16-inch-wide speakers use curved drape made of super-thin bungee cords instead of the commonly-used cloth grille.

Diamond BlackBerry Amosu Curva — $240,000British luxury product maker Alexander Amosu offers a limited edition BlackBerry Curve 8900 phone for $240,000. The phone has a total of 4,459 diamonds weighing 28-carat on the front and back. With body crafted using 18-carat gold, this phone will come with free concierge services for a year. The company has only made three units of this device, which took 350 hours to be crafted.

Gold iPad Supreme — $190,000If the million-dollar iPads are out of your budget, you can still get a slice of luxury at a lesser price tag of ‘just’ $190,000. With just 10 units in the market, the Gold iPad Supreme is certainly an exclusive item. The back panel and bezel of this product are made using a single piece of 22-carat gold weighing 2.1kg and feature diamonds weighing 25-carat. The Apple logo on the back has 53 diamonds weighing 22-carat as well.