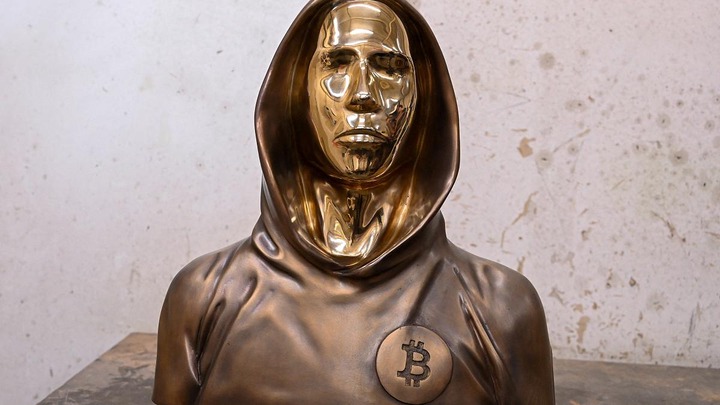 Nakamoto has never revealed personal information when discussing technical matters, though has at times provided commentary on banking and fractional-reserve banking. On his P2P Foundation profile as of 2012, Nakamoto claimed to be a 37-year-old male who lived in Japan;however, some speculated he was unlikely to be Japanese due to his native-level use of English.

Some have considered that Nakamoto might be a team of people: Dan Kaminsky, a security researcher who read the bitcoin code, said that Nakamoto could either be a "team of people" or a "genius";Laszlo Hanyecz, a developer who had emailed Nakamoto, had the feeling the code was too well designed for one person;Gavin Andresen has said of Nakamoto's code: "He was a brilliant coder, but it was quirky."

The use of British English in both source code comments and forum postings, such as the expression "bloody hard", terms such as "flat" and "maths", and the spellings "grey" and "colour",led to speculation that Nakamoto, or at least one individual in a consortium claiming to be him, was of Commonwealth origin.The reference to London's Times newspaper in the first bitcoin block mined by Nakamoto suggested to some a particular interest in the British government.

Stefan Thomas, a Swiss software engineer and active community member, graphed the timestamps for each of Nakamoto's bitcoin forum posts (more than 500); the chart showed a steep decline to almost no posts between the hours of 5 a.m. and 11 a.m. Greenwich Mean Time. This was between 2 p.m. and 8 p.m. Japan Standard Time, suggesting an unusual sleep pattern for someone supposedly living in Japan. As this pattern held true even on Saturdays and Sundays, it suggested that Nakamoto consistently was asleep at this time. 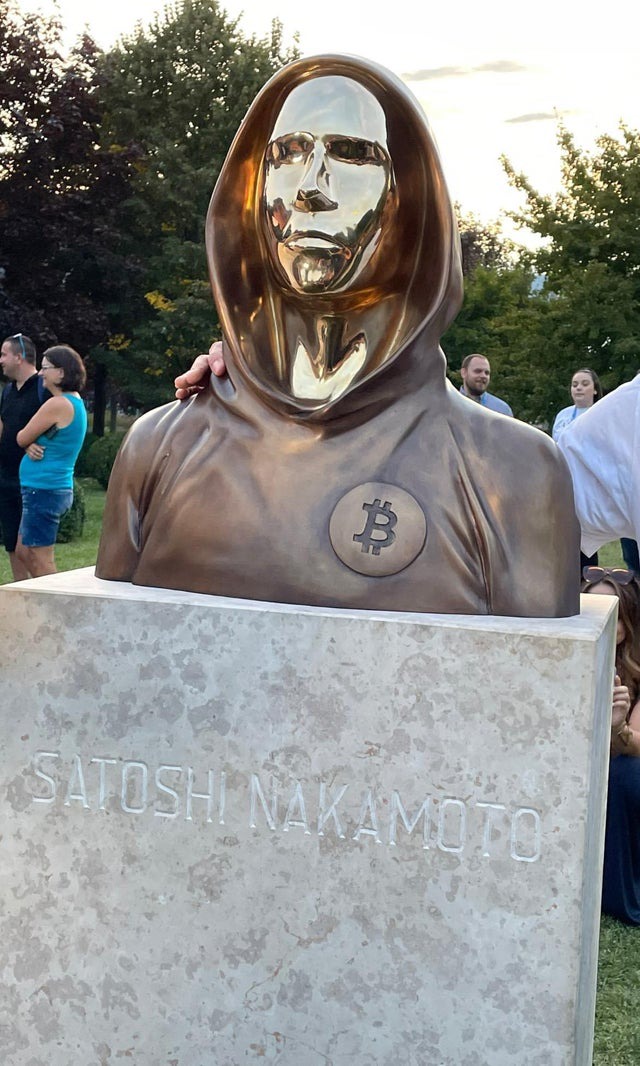 The identity of Nakamoto is unknown, but speculations have focussed on various cryptography and computer science experts, mostly of non-Japanese descent.

Hal Finney (4 May 1956 – 28 August 2014) was a pre-bitcoin cryptographic pioneer and the first person (other than Nakamoto himself) to use the software, file bug reports, and make improvements. He also lived a few blocks from a man named 'Dorian Satoshi Nakamoto', according to Forbes journalist Andy Greenberg.Greenberg asked the writing analysis consultancy Juola & Associates to compare a sample of Finney's writing to Nakamoto's, and found it to be the closest resemblance they had yet come across, including when compared to candidates suggested by Newsweek, Fast Company, The New Yorker, Ted Nelson, and Skye Grey.[30] Greenberg theorized that Finney may have been a ghostwriter on behalf of Nakamoto, or that he simply used his neighbor Dorian's identity as a "drop" or "patsy whose personal information is used to hide online exploits"; however, after meeting Finney, seeing the emails between him and Nakamoto and his bitcoin wallet's history (including the very first bitcoin transaction from Nakamoto to him, which he forgot to pay back) and hearing his denial, Greenberg concluded that Finney was telling the truth. Juola & Associates also found that Nakamoto's emails to Finney more closely resemble Nakamoto's other writings than Finney's do. Finney's fellow extropian and sometimes co-blogger Robin Hanson assigned a subjective probability of "at least" 15% that "Hal was more involved than he's said", before further evidence suggested that was not the case.

In a high-profile 6 March 2014 article in the magazine Newsweek, journalist Leah McGrath Goodman identified Dorian Prentice Satoshi Nakamoto, a Japanese American man living in California, whose birth name is Satoshi Nakamoto,as the Nakamoto in question. Besides his name, Goodman pointed to a number of facts that circumstantially suggested he was the bitcoin inventor.Trained as a physicist at Cal Poly University in Pomona, Nakamoto worked as a systems engineer on classified defense projects and computer engineer for technology and financial information services companies. Nakamoto was laid off twice in the early 1990s and turned libertarian according to his daughter, and encouraged her to start her own business "not under the government's thumb." In the article's seemingly biggest piece of evidence, Goodman wrote that when she asked him about bitcoin during a brief in-person interview, Nakamoto seemed to confirm his identity as the bitcoin founder by stating: "I am no longer involved in that and I cannot discuss it. It's been turned over to other people. They are in charge of it now. I no longer have any connection."

The article's publication led to a flurry of media interest, including reporters camping out near Dorian Nakamoto's house and subtly chasing him by car when he drove to do an interview.Later that day, the pseudonymous Nakamoto's P2P Foundation account posted its first message in five years, stating: "I am not Dorian Nakamoto."During the subsequent full-length interview, Dorian Nakamoto denied all connection to bitcoin, saying he had never heard of the currency before, and that he had misinterpreted Goodman's question as being about his previous work for military contractors, much of which was classified.In a Reddit "ask-me-anything" interview, he claimed he had misinterpreted Goodman's question as being related to his work for Citibank. In September, the P2P Foundation account posted another message saying it had been hacked, raising questions over the authenticity of the message six months earlier.

In December 2013, blogger Skye Grey linked Nick Szabo to the bitcoin white paper using an approach he described as stylometric analysis.Szabo is a decentralized currency enthusiast, and had published a paper on "bit gold", one of the precursors of bitcoin. He is known to have been interested in using pseudonyms in the 1990s.In a May 2011 article, Szabo stated about the bitcoin creator: "Myself, Wei Dai, and Hal Finney were the only people I know of who liked the idea (or in Dai's case his related idea) enough to pursue it to any significant extent until Nakamoto (assuming Nakamoto is not really Finney or Dai)."

Financial author Dominic Frisby provides much circumstantial evidence but, as he admits, no proof that Nakamoto is Szabo.Szabo has denied being Nakamoto. In a July 2014 email to Frisby, he said: "Thanks for letting me know. I'm afraid you got it wrong doxing me as Satoshi, but I'm used to it."Nathaniel Popper wrote in The New York Times that "the most convincing evidence pointed to a reclusive American man of Hungarian descent named Nick Szabo."[50]

On 8 December 2015, Wired wrote that Craig Steven Wright, an Australian academic, "either invented bitcoin or is a brilliant hoaxer who very badly wants us to believe he did".[51] Craig Wright took down his Twitter account and neither he nor his ex-wife responded to press inquiries. The same day, Gizmodo published a story with evidence supposedly obtained by a hacker who broke into Wright's email accounts, claiming that Satoshi Nakamoto was a joint pseudonym for Craig Steven Wright and computer forensics analyst David Kleiman, who died in 2013. Wright's claim was supported by Jon Matonis (former director of the Bitcoin Foundation) and bitcoin developer Gavin Andresen.

A number of prominent bitcoin promoters remained unconvinced by the reports.Subsequent reports also raised the possibility that the evidence provided was an elaborate hoax, which Wired acknowledged "cast doubt" on their suggestion that Wright was Nakamoto.Bitcoin developer Peter Todd said that Wright's blog post, which appeared to contain cryptographic proof, actually contained nothing of the sort. Bitcoin developer Jeff Garzik agreed that evidence publicly provided by Wright does not prove anything, and security researcher Dan Kaminsky concluded Wright's claim was "intentional scammery".

In May 2019, Wright started using English libel law to sue people who denied he was the inventor of bitcoin, and who called him a fraud. In 2019 Wright registered US copyright for the bitcoin white paper and the code for Bitcoin 0.1.Wright's team claimed this was "government agency recognition of Craig Wright as Satoshi Nakamoto";the United States Copyright Office issued a press release clarifying that this was not the case (as they primarily determine whether a work is eligible for copyright, and do not investigate legal ownership, which, if disputed, is determined by the courts).