The current government of Nana Addo, has borrowed i the last almost five (5) years, more than thrice (3), what the entire governments of Kwame Nkrumah to John Mahama, ever borrowed.

With the need for all these borrowing, been the need to raise monies for development, taxes play pivotal roles in ensuring that, social amenities for instance, are provided in various communities. It is for this reason that, the Ghana Revenue Authority (GRA), has projected total non-oil tax revenue (gross) for 2021 at GH¢57 billion, a report of 2021 budget estimate for the Authority by the Finance Committee of Parliament has stated. 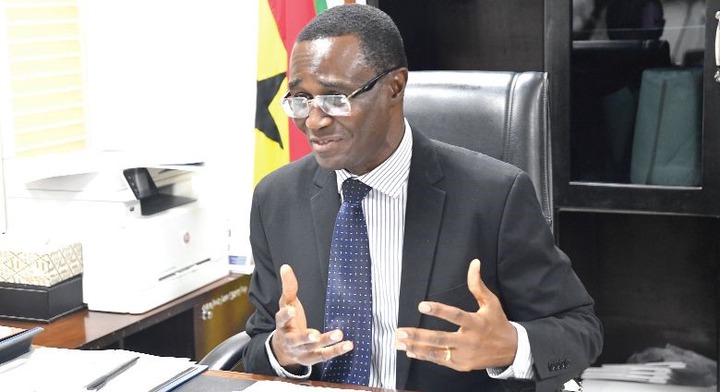 The figure is about GH¢12 billion from last year’s outturn of GH¢45 billion. The target, the report noted, is on the back of some critical interventions and activities that GRA intends to adopt to increase revenue and to achieve the 17.5 percent tax to GDP ratio.

This means basically that, the Ghana Revenue Authority (GRA), must raise, as much as GH¢57 billion, and what an easier way, they thought they had, when Rev. Samuel Korankye Ankrah, who pastors a mega church and obviously a wealthy one, (and untaxed), supposedly dashed US$1 million gift.(specifically from a group of young professionals in the church, named Second Generation '2G'), to his daughter named Naa Dromo Korankye-Ankrah, who had a lavishly expensive wedding, just last week.

The Ghana Revenue Authority therefore in a letter, had invited the newly-wed to account for tax returns, as seen in this letter below. 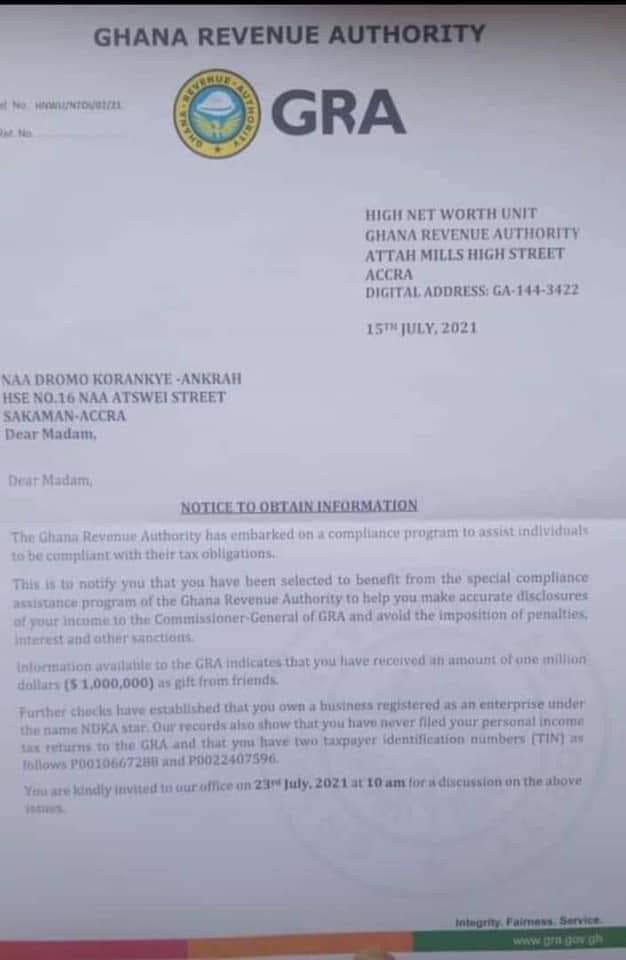 Apostle Sam Korankye, has reacted fast, to avoid any problems from his pulpit on Sunday as seen here at Facebook (VIDEO), insists that, the said cheque was not real and that it is just a faith-cheque, according to him,, the group was just presenting the dummy cheque to his daughter to speak goodness into her life.

However, the GRA says their checks show that aside the supposed $1 million gift, Naa Dromo has also not been filing her tax returns on a business she owns.

In the middle of all this debacle, netizens are full of commentary and these have included the following"

Serwaa Akua Jennifer writes "They are our problem, they preach prosperity instead of preaching hard work, so we all go to these churches expecting to be rich without putting in the work. If a bible in hand and being able to preach, can make you a millionaire why would I go and sit in an office market or work on the farm for just pittance"

Peekay Fremps writes "Christianity hard oo. We can always twist things in the name of faith"

Peter Kofi Asare writes "Good u came out to clarify things Apostle. The misconception was too much.. Those who don't understand the doctrine of FAITH will still run their mouths and speak ill. I have learnt of that move too... I will practice it and I believe in Jesus that it will work for me too. May the newly weds make beyond 1milliom dollars to shame the devil."

Eddy Kay writes "Only men of faith will catch it. From the narration he did not give that ,it's the young ladies who are just acting on faith to create some fun for the wedding. We have lots of issues to be serious about."

Alex Amoah-Awuah writes "With the greatest respect, I think you're not telling the truth. Papa why have you allow the devil to use you because of money. Please come again"

Kofi Andoh writes "Mass we are not children in this country. Someone should tell me did we have faith cheque ,has for me I don't know and I have not seen some before, We are in this country that man of God came and told us something about free SHS which was not true If the same man of God come back and tell us that he did not give the money to child is up to him. God is watching you, some of your church members can not pay they are Children school fees and someone has given free SHS to them you said is not good but you have given 1 million dollars to your girl"

Ericus-Korozo Mawufemor writes "I'm hoping very soon you will start receiving amounts of different denominations as "FAITH" donations. I believe you will not curse those coming to text and practice this powerful faith??? Hmmm"

Barbara Yakubu writes "That group nu that your daughter belongs to, do members always prophesy or give ‘faith’ checks to colleagues when they marry? Why your daughter? money money" 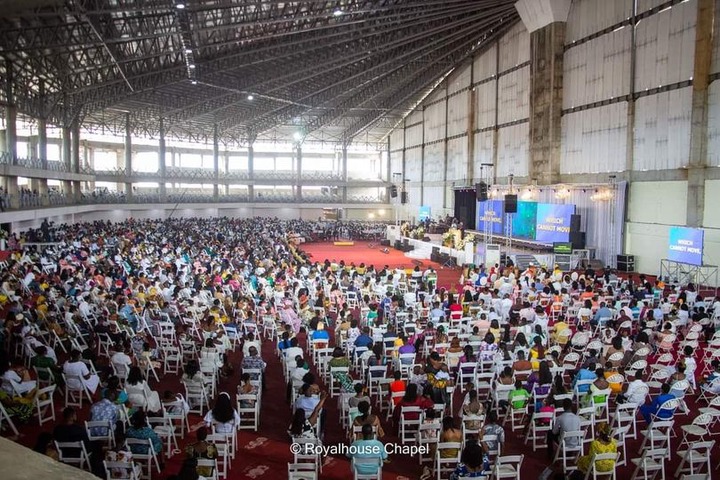 Kuul Sam writes "Does he not belong to the same old pastor's who practiced Faith yet collapsed our banks I thought they said we should store up our treasures in heaven. I see"

Michael Atakora Ofosu writes "How many of the 2gee people got married and we're presented with cheque amounting to that. Hmmm our men of God"

Bhadooceo Konkonsa writes "Continue lying in the name of God .You people are the reasons why girls are not accepting flowers anymore as gift."

Bhadooceo Konkonsa writes "Continue lying in the name of God. You people are the reasons why girls are not accepting flowers anymore as gift."

Martin Akandawen writes "This explanation doesn't add up at all. They played a prank in exercise of faith on no other day but her wedding day? The IRS should pursue the gift and tax it."

Nana Kwaku Sekyere Jonason writes "“Faith dummy cheque”. For real? Some of us are not vocal and also do not lean on the side of the world in scolding the faith or the body of Christ. But sometimes, our fathers in the faith makes us vent ourselves. All these charade ain’t necessary and also makes the brethren, nonchalant from the faith. Stop hoisting the flag of this absurdity"

Don Francis Deparagon writes "You see, in this country, those organizing church activities from Sundays to Mondays, are part of the burden we face as a country. They contribute to low productivity and growth of the country. People don't go to work but rather glued themselves with the churches" 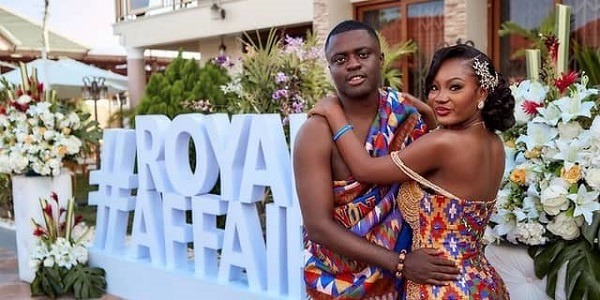 Theophilus Kugblenu writes "o wonder you sat down to construct such statements for the public. Your presentation here is chew&pour"

Efo Honour writes "I didn’t hear anybody say Sam gave her daughter USD 1m, we all saw the presentation."

Faith Hope Love writes "The pastors are now running away from taxation yet they expect people to pay tithe. Hahahaha!!!! What a crazy world we are living."

Augustine Asare Donkor writes "Let the wise judge for themselves, for me I am thinking my thinking."

Donwaazum Mackay writes "Some of these pastors are been control by tramadol, bragging and foolish spirit. What message is the congregants actually taking home. I pity the followers."

Godwin Yaw Andam writes "And who has asked you to explain. You think you can do damage control with this unsolicited explanation"

Naa Koshie writes "Pressure. What is all this? Why do it if its fake? Awww, God forgive us for misleading the masses."

﻿William Daniel Quaye writes "But he did not directly gave the cheque to the daughter. This man will never do that. I know him. He was not even around when the girl's friends gave her the cheque. It's just an act of faith."

Edward Djaba writes "Only in Ghana ooooh... now we have "FAITH CHEQUE" I need to start issuing faith cheques as well... lol."

Evang Godwin Oppon writes "Instead of him to correct the daughter dressed to the program, No!!! See what he is doing. Big shame!!!" 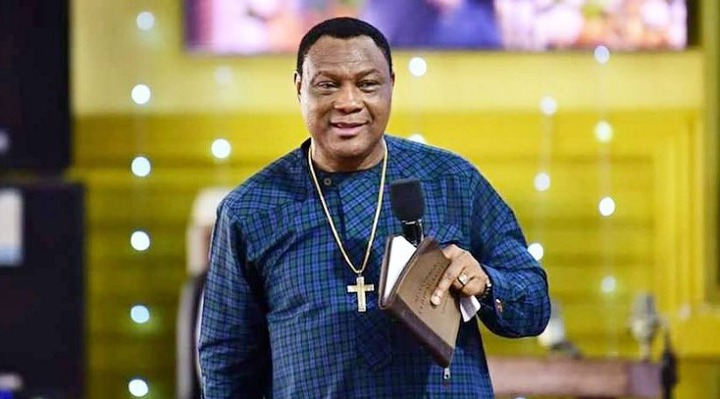