Budget is what allows one to allocate some amount of money for an anticipated expenditure. It helps one to be proactive when it comes to spending of money. It is something that both nations and individuals have adopted and it makes one more accountable for the usage of money.

In Ghana, it is the duty of the finance minister to prepare budget for the preceding year for it to be approved by the parliament before it can be used. This reading of the budget is often done publicly for citizens of the nation to know how the government intend to generate funds and to use the funds. This year has not been exceptional. It’s not been too long when the finance minister read the budget for 2022.

This budget this time around has generated a whole lot of issues. All of the 137 minority members of the parliament on the 26th November, 2021 rejected the budget statement presented by the finance minister ,raising concerns about the new E-levy and the Egyapa deal.

Lawyer Egyapa Mercer, MP for Sekondi constituency spoke on Skyypower FM on Wednesday 1st of December, 2021 concerning issues of the budget. According to him the earlier rejection of the budget by the NDC was just to tickle their members and give them false hopes.

He continued by indicating that the E-levy that most Ghanaians were against is to help generate revenue in the country and prevent them from borrowing from international bodies which is not the right way to go as a nation. 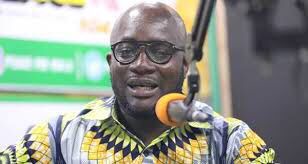 According to him the minority only reject the budget in public but praises it privately since a thorough assessment of the budget has revealed that it will help in increasing revenue for the country. According to him They will meet you in private and be like, ‘chale’ you guys that is the right way to go but we will not allow.

Six ways you can buy your new car