By rocksonbaffoe (self meida writer) | 20 days 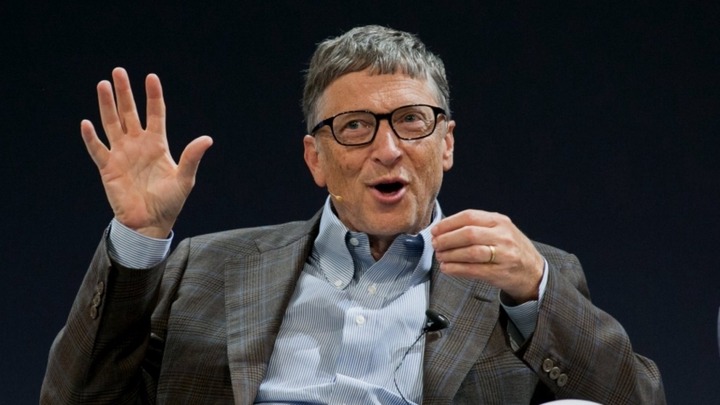 He's the founder of Microsoft, an inventor, and the world's most prolific philanthropist. He's also the richest man on the planet, with a net worth north of $79 billion. What do you really know about Bill Gates?

1.  Born William Henry Gates III, Bill's nickname as a child was "Trey," reflective of The Third" following his moniker, as he was the fourth consecutive Gates man of the same name.

2.  The private school he attended as a child was one of the only schools in the US with a computer. The first program he ever used was a tic-tac-toe game.

3.  Although it's been widely reported that Gates hacked his prep school computers, he reportedly wrote the class scheduling program himself and added a feature that would place him in classes with mostly female students.

4.  He comes by philanthropy naturally--Gates' mother served on the board of directors for the United Way.

6.  Gates, Paul Allen, and Paul Gilbert launched a company while Gates and Allen were still students at Lakeside School in Seattle. Their Traf-O-Data 8008 computer was designed to read data from roadside traffic counters and create reports for traffic engineers.

7.  Gates dropped out of Harvard just two years into his program to chase his dream (alongside Allen) of writing software for the new generation of computers that launched with the Altair 8800. Their company was called "Micro-Soft."

11.             In 1994, he was asked by a TV interviewer if he could jump over a chair from a standing position. Gates promptly took the challenge and leaped over the chair like a boss.

14.             Media attempted to create a new title for Gates--"centibillionaire"--during the dot-com boom, when his net worth briefly surpassed $101 billion.

16.             Queen Elizabeth of England knighted Gates with the KBE Order in 2005, in recognition of his charitable contributions worldwide.

18.             In 2010, Gates and his friends Mark Zuckerberg and Warren Buffett signed the "Gates Giving Pledge," promising to give half of their wealth to charity.

20.             Gates believes that telemarketers, accountants, auditors, and retail salespeople will all become obsolete in 20 years as robots take over their jobs.

21.             Bill Gates doesn't believe in leaving children a ton of money as an inheritance; his three kids (daughters Jennifer and Phoebe and son Rory) are set to inherit just $10 million each of his multi-billion dollar fortune.

22.             The 66,000 sq ft. Gates estate in Washington took seven years and $63 million to build. Half a million board feet of lumber went into the construction of the opulent property, which features a trampoline room with a 20-foot ceiling, a reception hall to accommodate up to 200 guests, 24 bathrooms, six kitchens, and more.

24.             Steve Jobs and Bill Gates had a complex relationship. Jobs once kept Gates waiting for an hour out of spite, but kept a letter from Gates beside his bed as his condition worsened before his death.

All animals were created from water bodies, the big secret you have got to know today.