Why is the price of bitcoin so high?

By rocksonbaffoe (self media writer) | 19 days ago 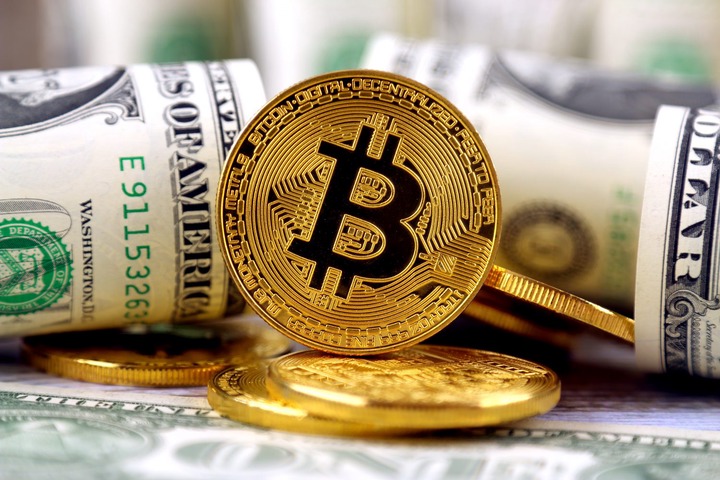 The price of bitcoin has risen to more than $ 17,500, breaking all previous records of bitcoin prices. But why is this virtual currency so valuable?

The price of bitcoin has risen to more than $ 17,500, breaking all previous records of bitcoin prices. But why is this virtual currency so valuable?

According to CoinDesk, on Tuesday (December 12), Bitcoin reached a peak of $ 17,531.48. Jordan Hiscott, director of Ayondo, a network of traders (traders), said the rapid growth of bitcoin shows that global finance is changing.

One reason for such rapid growth is that there is no control from big banks. 'Bitcoin exchanges are decentralized, that is, exchanges and transactions that are carried out equally among traders,' Hiscott said, with no banks or governments interfering.

'In addition, Bitcoin is also very secure, using two-sided encryption for each transaction, only a few exist' (the maximum number of bitcoin on the market is 21 million). Therefore, Mr. Hiscott said it was not surprising that the price of bitcoin increased by more than 500% only this year. 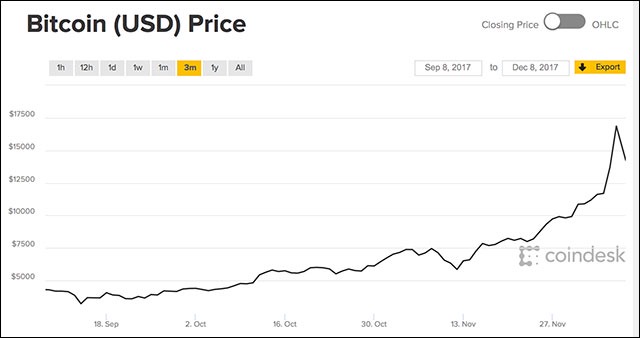 Every week there are more places to trade, bringing many ways to trade. ' In addition, the prospects for the Blockchain update in November also brought many investors to this virtual currency.

But is Bitcoin a bubble? Iqbal Gandham, UK director of eToro, thinks that bitcoin prices will adjust themselves, 'I don't think there is a bubble here. Every time you see a high price, there is a correction. Bitcoin has increased very steadily. '

Such appealing Bitcoin is also due in part to CME's decision, to release the future bitcoin, which is expected to attract more investors and is a sign that Bitcoin is becoming more popular.

On social networks, investors believe that this decision of CME will make bitcoin benefit from financial institutions and legalize bitcoins in the eyes of Wall Street.

Bitcoin price increases come in part from the mentality of considering it as a value accumulation tool. The more people buy and keep for sale when the price makes demand increase. When people expect bitcoin to rise to $ 1 million, the price increase is quite normal, to meet this expectation. The price changes of virtual money are based on exchanges between traders or media. 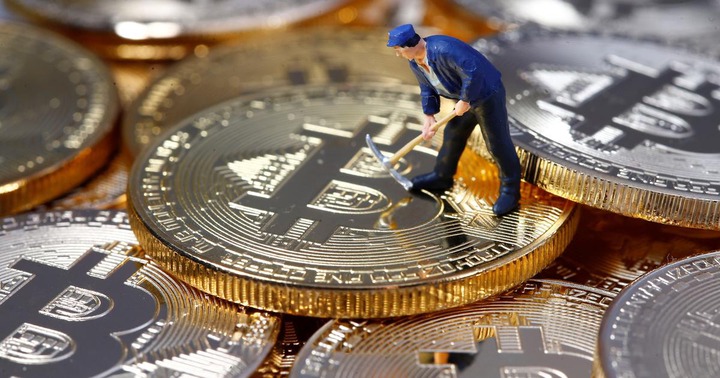 'Current prices do not reflect demand', Matthew Unger, CEO, and founder of iComplyICO said 'When the future bitcoin is born it will be very likely that future bitcoin purchases will happen, then buy numbers or big sale so that prices change in the direction that benefits the futures contract. '

However, not everyone believes in the long-term nature of this currency. Some experts also expect this bubble to break. Kenneth Rogoff, a professor of economics at Harvard University, said Wall Street might create its virtual currency. 'History shows that whatever the private sector thinks, it will eventually be managed by the state.'