The Vice President of IMANI Africa, Selorm Branttie has advised people with treasury bill investments to cash out their monies or face a heart attack following the upcoming IMF program. 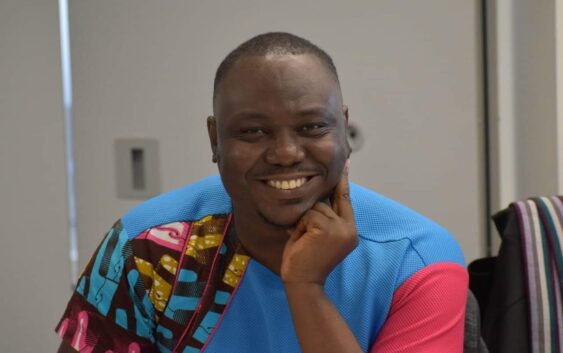 In a post shared on his official Facebook page on Thursday, 29th September 2022, he wrote that many people are asking him about the potential impact of IMF negotiations on their investments in government instruments like Treasury Bills.

According to Selorm, he initially advised that for long term treasury bill, they should keep it and ride the wave, and if it is short term, they should cash out. But Selorm Branttie believe that people both long term or short term, should go for their investment.

"Then I had an epiphany this morning. Remember those who had money in the banks the govt took over and bunched up into Central Bank of Ghana in the name of restructuring? Remember what depositors were told about their money? Remember how some of them had their deposits discounted and will only have access after a few years etc?

Now, remember that the government claims they used more money than what was actually outstanding to fix the so-called mess? This was even the banks own money and that they said they have paid for it with extra cash." He remarked. 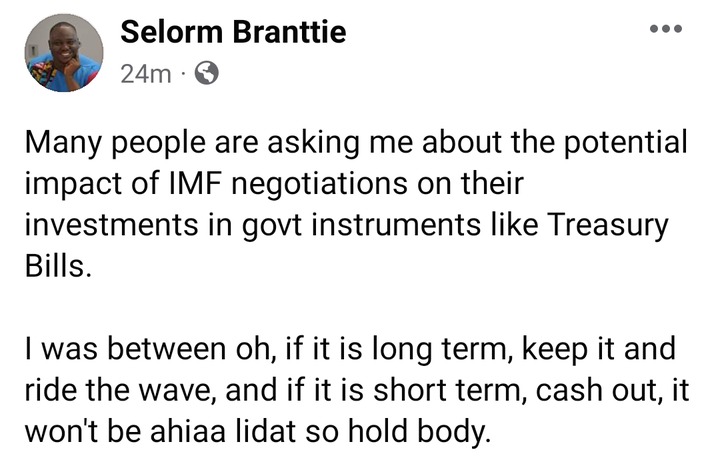 The Vice President for IMANI argued that those same people are owing you , and their e-levy too has failed. He added that the government is still denying IMF two weeks before they wrote that short, terse love letter to IMF. 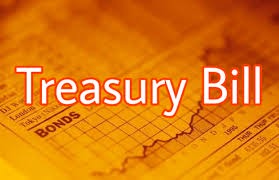 According to Selorm the government can owe you and tell you they don't have money.

"Don't cash out and see, you will get heart attack.Run for your cash!

They aren't going to curtail any spending. You see even their staffers are paying $10,000 to fly to the US for 3 hours? And they still live in expensive hotels abroad for meetings? Dey there then don't go take your coins!" Selorm warned.