On Wednesday, May 19, 2021, the Ministry of Finance and the European Investment Bank (EIB) signed an agreement to provide a €170 million facility for the establishment of the new national bank.

This happened during President Nana Addo Dankwa Akufo-official Addo's visit to Belgium, when he met with Dr. Werner Hoyer, President of the European Investment Bank.

Given the presence of the National Investment Bank (NIB), the Agricultural Development Bank (ADB), the Consolidated Bank of Ghana (CBG), and the Ghana Commercial Bank, many have questioned the need for another national bank.

The Minister clarified in an interview with Eyewitness News on Thursday, May 20, 2021, that the development bank will provide loans to some main sectors through commercial banks at relatively favorable terms and rates.

“Unlike commercial banks, the Development Bank is able to mobilize substantially greater sums of money for significantly longer periods of time at significantly lower interest rates. It focuses on sectors that are primarily for production, but may also be used for other purposes.

It focuses on sectors that are primarily for growth but may not be commercial banks' preferred areas.”

“One of the problems that commercial banks in our country have faced over the years is the opportunity to obtain significant amounts of deposits for long periods of time and at lower rates, as well as the ability to lend to sectors of the economy that are beneficial to growth but not necessarily less risky for commercial purposes.”

“So what the government has done is set up this development bank, which is mobilizing, at least for the first five years, in excess of a billion dollars in capitalization, which the bank will now leverage with a multiple of two or three, and then unlend to commercial banks, which will now have access to this large pool of resources to impact areas like agriculture, which will impact farmers.

The Ofoase/Ayirebi legislator said the bank would recognize the focal areas of Ghana's growth as outlined in the National Development Plan while considering which sectors of the economy would benefit from the project.

On the effect of the €170 million facility on the country's debt stock, he said the current discussion is focused on whether the bank will have a positive impact.

“We're creating companies that will have their own balance sheets and, as a result, will be able to balance them. Of course, capital will be required at first, but once they begin operating and disbursing loans, the bank will be able to support itself.”

“What matters is if the bank will inject about a billion dollars into Ghana's banking system, which will help many of these commercial banks and, more significantly, impact the sectors of the economy that will need financial assistance.”

He mentioned that the government would own the bank entirely.

“The global quest for human capital is underway to ensure that we have the best talent around the world to handle it,” he said, adding that it should not become “a work for the boys.”

DBG is a key component of the GHc100 billion Ghana Cares ‘Obaatampa' Project, which is aimed at reviving the Ghanaian economy in the aftermath of COVID-19.

“The Development Bank of Ghana is going to play a very important part in the rapid economic transition of Ghana, following the onset of COVID-19,” President Akufo-Addo said at the signing ceremony on Wednesday.

“We want to restructure the economy so that it is no longer just a manufacturer and exporter of raw materials, but instead focuses on value-added activities,” he said. We see this Bank (DBG) as one that will play a pivotal role in this”.

The President said that the Bank's design and service, "which has been on the drawing board for the last two years," would meet the highest requirements, scrutiny, and best practices of Development Banks worldwide, assuring that the EIB's €170 million facilities will be used for the purposes for which they were established." 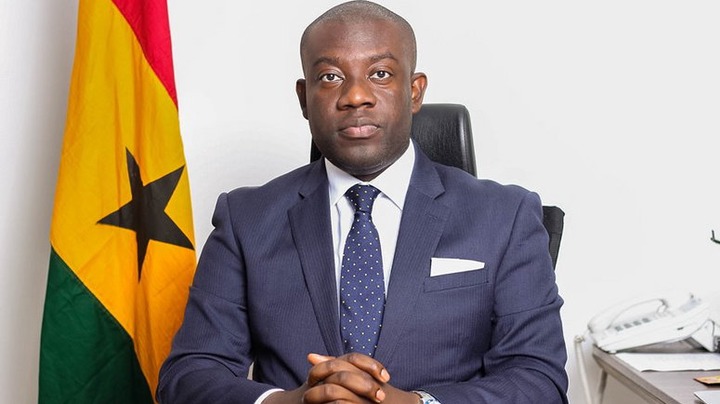