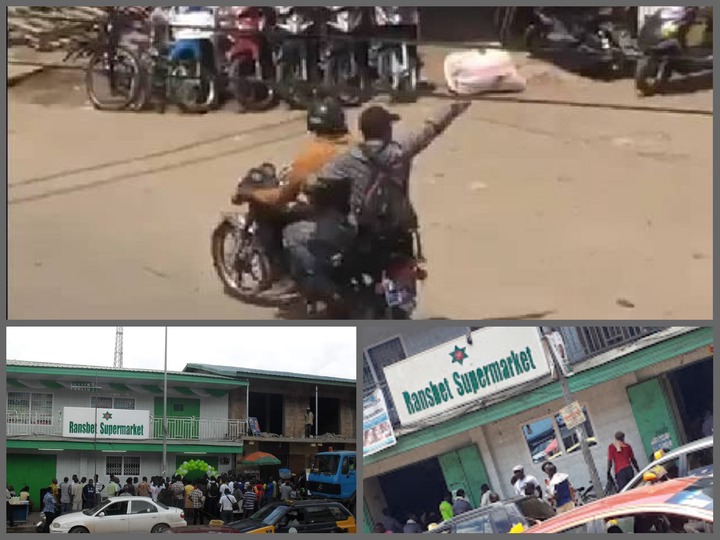 A local reporter in Tarkwa, Bibi suspects some staff of the Ransbet Supermarket leaked information to the robbers that raided their store and a bullion van this morning around 10 am when their bankers were just about retiring with the shop. According to Bibi the armed robbers stoled a whopping One billion Ghana Cedis (GHC1 billion) in the early morning operation in Tarkwa.

The reporter emphasized that the police is conducting some analytics on the face as captured by the CCTV system with hopes of finding a match so they could track down these robbers. She felt that the bank staff made a mistake by not seeking police escort for a financial transaction as this.

"From every indication this could be an inside job. It's never happened here in Tarkwa. The precision with the time they came to rob the supermarket when the bank bullion van was ready to transfer the cash should tell you there is an informant," she emphasized.

Without hesitation, the frightened officers filed their bags with the cash and bolted on a motor bike.

"It was very quick and because it was an early morning operation there weren't many customers there to even scream and blow their cover," the eyewitness said.

The Tarkwa Nsuaem Police Command has taken some leads to assist nvestigation into this robbery. In the meantime, normal business operations have resumed at the supermarket.