Quick-Money: Mixed reaction from Ghanaians as Joynews asks if one can become an instant millionaire

By PoliticalNewsRoom (self meida writer) | 1 months

Quick-money making discussions have become a central discussion point after a 10 year old boy was murdered some few days ago. Many people have blamed the issue on the proliferation of money making advertisements on TVs and social media, with many others calling for a ban on those contents. 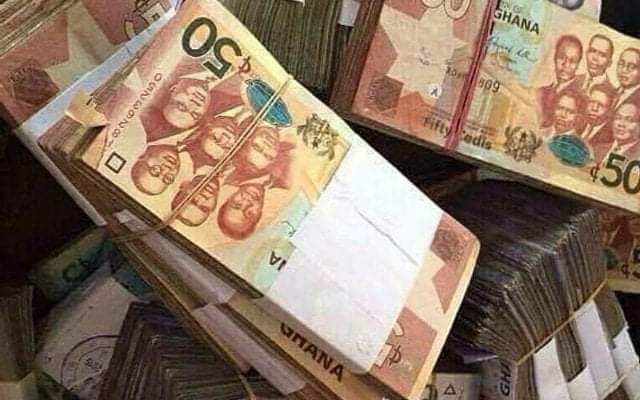 It was in this note, that JoyNews decided to ask the question that perhaps manybither Ghanaians have been asking themselves; "can you become an instant millionaire?" After asking this difficult question on their official Facebook page @JoyNews, many Facebook users took to the comment section to express their divergent views on the question. We bring you some of the interesting replies from the comment box, so that you will understand the perspective and positions of Ghanaian young people whe it comes to quick money making.

One @Moses Ohemeng replied "You can, sometimes it depends on the opportunity that comes your way. Know that people are teaching in schools here and earning an average of 1500 cedis, but others are teaching, even in Africa and earning about 30,000 cedis a month with free accommodation."

@Amonhebia Yahya wrote thus "Ask our politricktians. I hear one of them and his wife were selling diapers few years ago but are now worth a fortune,since this government come to power. I tap into their blessings", while @Machube Abraham wrote "I have never seen a short way to success, since I came onto this earth in 1990s. What I know is hard working pays, and the backup plan increase a person's wealth. No shortcut to Heaven", while @Asamoah Kwaku noted that "My class 4 teacher, Mr. Okyere advised me that, shortcuts and short paths are dangerous. Anything acquire from it, doesn't last. I remember, how a fake mallam chopped my 200GH because of two sure", while @Kelvin Prince Tetteh replied that "Mamavi ' becoming an instant billionaire is simple and sometimes very tuff when u project ur mission to be Refuse 2 Be Broke #R2BB. THE ROOT OF MONEY IS ALL EVIL AND EVERY BILLIONAIRE KNOWS THE ROOTS OF ITS MONEY. finish"

One @Mica Aopare also replied thus "Yes you can double or even quadruple your money if you’re in government. Ask Eugene Arhin and the guys at Jubilee House.

Also, why do African politicians sell their properties in order to use the money to campaign to get into power? They know that they can quadruple their money that’s why. The system is rotten right from the top", while @Abusco Yakubu replied that "Yes. Good preparation and luck.it can even be through someone giving you winning Lotto numbers to stick.which am expecting. But all Will depend on your level of wisdom to keep and to multiple it."

@Lebene Kponyo also shares her thoughts that "Genuine money is not earned overnight unless God grants you some special grace that drops a huge contract on you", while @Loko Dick opined that "Ppl are making money over night and living comfortably wht do you expect. Some ppl has worked for over 20yrs yet they are still renting ppls single room not because they misuse their money oooo but........" @Chenaana Stephen beleives that "I have never seen an instant millionaire ever in my life. I don't believe in instant money. It's simple a scam", while @HE Dramani Abdul Karim write that "YES, but the sources of these monies are usually illegal ways nd means."

@Isaac Addae Danquah replied that "You can't become an instant billionaire but how fast will depend on the kind of opportunity you are dealing with.

But come to think of this, there are genuine ways of earning money which our schools doesn't teach.

Imagine someone will start a network marketing with a capital of Ghc2500 and with commitment and hardwork less than that of a teacher, he will be getting more than Ghc6000 in a single month as he business grows and in less than a year interval he will start Cashing Ghc10000 plus every month.

But let's ask ourselves, how many people have been trained to understand how such businesses work? All we were trained on is job job job so when sometimes you meet a bigger opportunity which comes with start up capital, we don't even have time to look into it. Our schools should start teaching network marketing and digital marketing." @Dhe Lary wrote "Mamave,It hasn't been hardworking now,we've just move to brain power.You may wonder why one may be at home but earns more than your boss pays you Yes and it's real."

The comments goes on and on and on. How's, from the comments that keep coming in, one thing is clear, there is no clear agreement between people as to whether one can become an instant millionaire nor not. While some beleive that God is the giver of success and wealthy another group beleive that it is possible. The final group likened being a millionaire to being a member of the government of the day.

Just In: Kejetia Market To Be Closed By Tomorrow- Read Details