Culture: Take A Look At This Tribe, That Celebrates The Most Venomous Snakes In A Remarkable Way 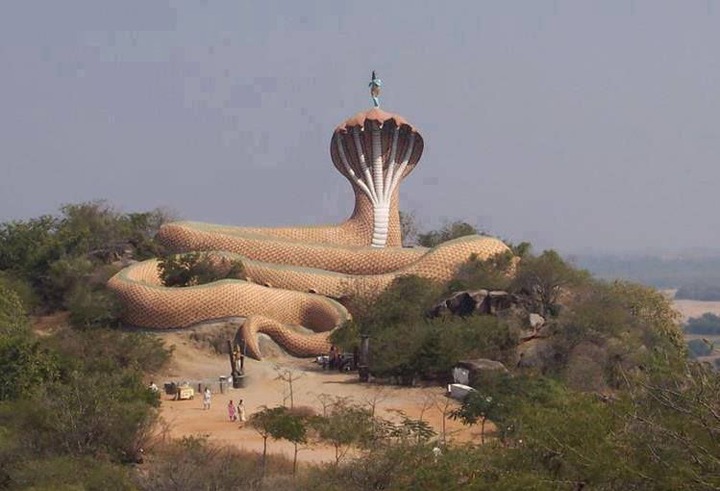 Many people celebrate Nag Panchmi without knowing the significance of this festival. There are some myths and facts behind the celebration, worship, and offerings that are given to the snake god. It is a festival celebrated all over India with the same vigour and devotion. Read on to learn why Hindus celebrate Nag Panchmi and what are the reasons behind celebrating this festival. 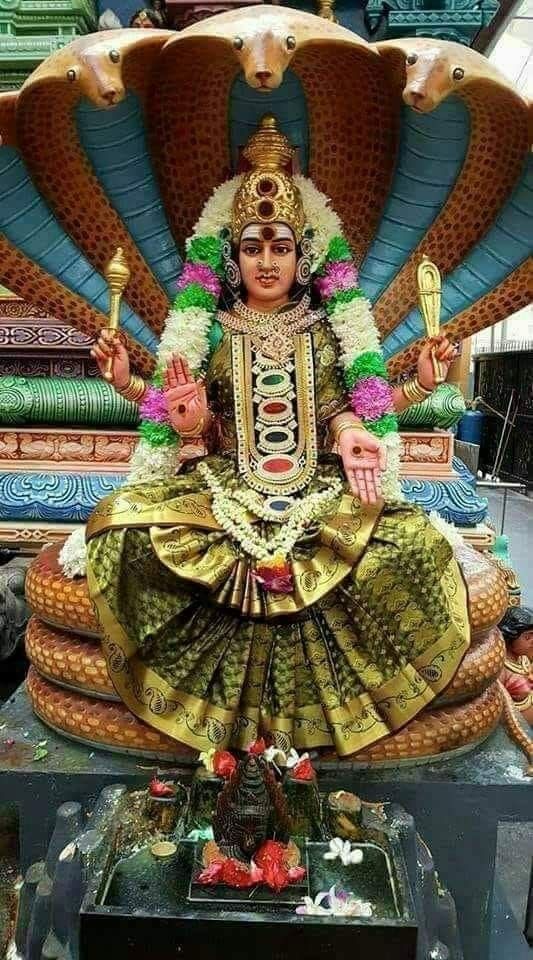 Nag Panchmi is a Hindu festival on which snakes are worshipped. Hinduism is a religion of faith and is surrounded by a common search for truth. For Hindus, all this means a way of life and worshipping forces of nature has been a part of Hinduism from ancient times. Nag Panchmi is celebrated throughout India and falls on the fifth day of the moonlit fortnight of the month of Sravana, which falls in July or August. 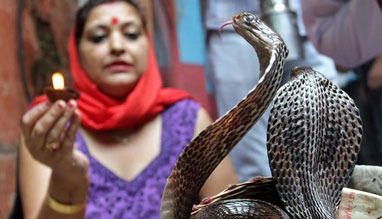 The main reason for celebrating this day must be that snakes are a great threat to mankind during these months. They usually come out of their holes as rainwater seeps in and while looking for shelter they might harm humans. However, this is why they are worshipped this day and fed with milk. 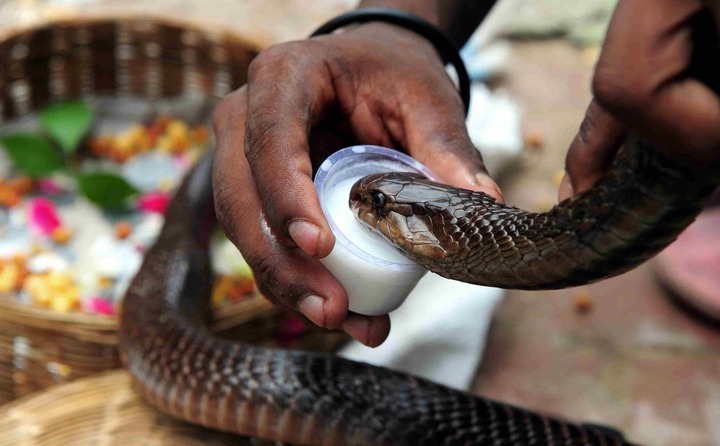 It is believed that Krishna, a Hindu God had saved the lives of people from the harassment of Kaliya, the snake. It is believed that one day, when Krishna was still quite young, was playing by the side of the river Yamuna and his ball got stuck in the branches of a tree that was just by the side of the river. While trying to get that ball, Krishna fell into the river. When Kaliya, the snake attacked him, he fought and after some time the snake understood that he was not an ordinary child. This was when he pleaded with Krishna not to kill him and Krishna spared him by making a promise that he will not harass the people anymore. Nag Panchmi is celebrated as the victory of Krishna on Kaliya, the most dangerous snake. 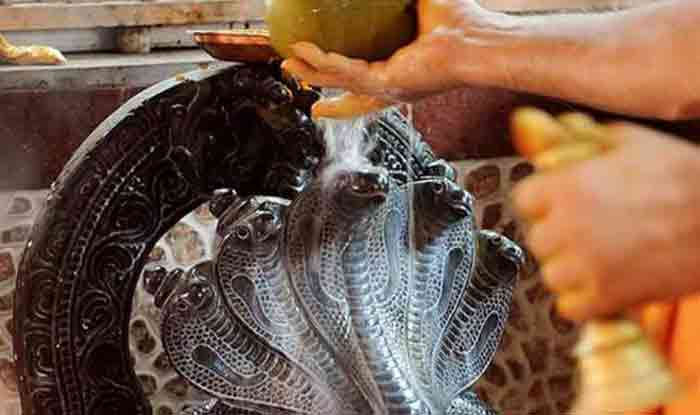 People do not dig the earth on the day of celebration. They offer cow's milk, fried paddy, rice breed, and durva in front of the pictures of Nag or make its idol of mud and sand and worship it. This festival is celebrated all over India and more or less the way of worshipping is the same. 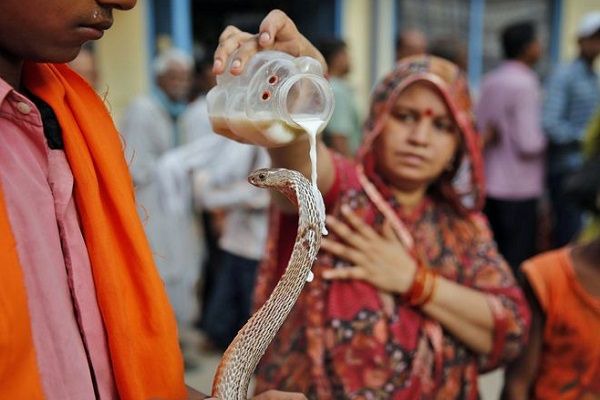 People believe that Lord Shiva, a Hindu God, loves and blesses snakes and so by worshipping the snakes they also try to please him. Lord Shiva is believed to be one of the most short-tempered Gods and can even ruin your life if he gets angry. Some people even worship live cobras on the Nag Panchmi day and offer them milk and other offerings as feed. 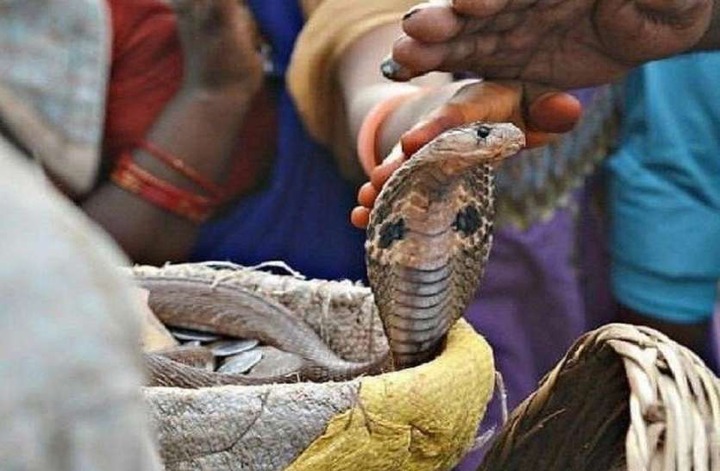 India is a country with different cultures and so the celebration varies from one state to another state. In Maharashtra, a group of people asks for alms and clothing by taking a dormant cobra on a plate and visiting as many houses as possible. In kerela, people prefer visiting the snake temples and worship the stone or metal icons of snakes and pray so that they and their families are saved from any snakebite throughout the year. 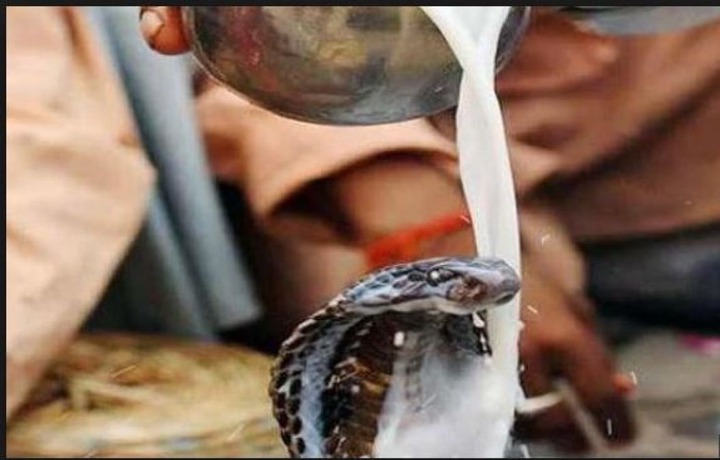 There are many different kinds of beliefs behind offering milk and flowers to the snake god and the names also vary. Young girls pray and offer milk to cobras to get married to a good person so that they live their lives happily. It is believed that snakes remember their faces and they take revenge on the whole family even if one of the members harms it. So, married women pray to save their families from any kind of harassment that can happen due to the snakes.

Did you think they're on a safe path by celebrating the snakes?

DROP YOUR THOUGHTS AND SUGGESTIONS IN THE COMMENTS SECTION BELOW.

Hindu Hinduism Hindus India Nag Panchmi
Opera News is a free to use platform and the views and opinions expressed herein are solely those of the author and do not represent, reflect or express the views of Opera News. Any/all written content and images displayed are provided by the blogger/author, appear herein as submitted by the blogger/author and are unedited by Opera News. Opera News does not consent to nor does it condone the posting of any content that violates the rights (including the copyrights) of any third party, nor content that may malign, inter alia, any religion, ethnic group, organization, gender, company, or individual. Opera News furthermore does not condone the use of our platform for the purposes encouraging/endorsing hate speech, violation of human rights and/or utterances of a defamatory nature. If the content contained herein violates any of your rights, including those of copyright, and/or violates any the above mentioned factors, you are requested to immediately notify us using via the following email address operanews-external(at)opera.com and/or report the article using the available reporting functionality built into our Platform A Picture Of A Lady Who Mistakenly Shows Her Underwear In A Photoshoot Goes Viral. 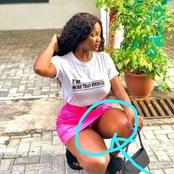 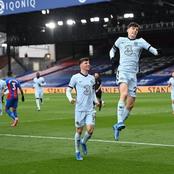 My Elder Son Sacrificed Himself For Us So That We Could Live A Better Life. He Left This Note Behind 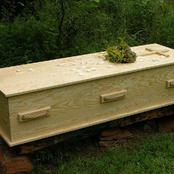 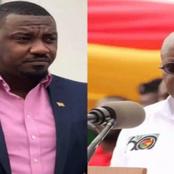 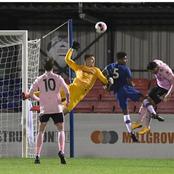 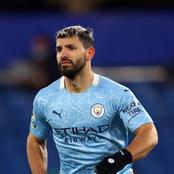 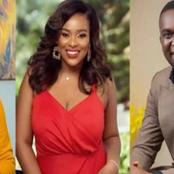 Sister Derby advises "Love is a scam go get money." 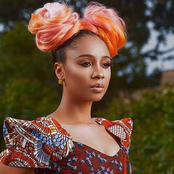 You Must Face The Zongolians For Lessons. Ohemaa Woyeje Tells A Fun For Doing This To Her 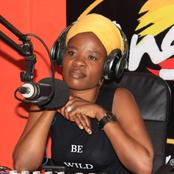