IMF engagements are not a guarantee of support. Assibey Yeboah

The administration has been urged not to take negotiations with the International Monetary Fund for granted by Mark Assibey-Yeboah, a former chair of the Parliament's Finance Committee. 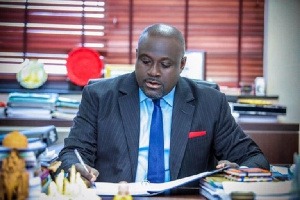 He advised Umaru Sanda Amadu on Face to Face on Citi TV, "We should be careful about negotiating a program."

Today, negotiations over an economic aid package are set to begin between an IMF delegation and the Ghanaian government.

However, Dr. Assibey-Yeboah emphasized that the interactions did not entail a guarantee of support for the nation.

"The money spent 10 days in Sri Lanka." There was no understanding. So their (the IMF's) arrival here does not imply that an agreement would be reached, he said, as an illustration.

As a result, Dr. Assibey-Yeboah declared, "We have to slow things down because of the hyperbole and posturing."

He anticipates that if Ghana finalizes its IMF backing, its economic status will alter in the long run.

I've argued that when the IMF is in town, things get done properly... The former MP declared, "If I were Finance Minister, I would park the economy at the Fund."

This will not be the 17th time. We will visit the IMF repeatedly, "he continued.

Last Friday, the government declared that it would meet with the IMF in person.

The contentious electronic transfer levy policy of the Akufo-Addo administration, which was intended to generate income, was abandoned after failing to meet its intended revenue goals.

As of the conclusion of the first quarter of 2022, Ghana's economy is in trouble due to its GH391.9 billion total public debt stock.

Of all the African currencies, the cedi has had the worst year, plunging 22% against the dollar.