After Ghana led by Osagyefo, Dr. Kwame Nkrumah gained independence from the British in 1957. The country's industrial sector was underdeveloped and contributed very little to the economic growth of the country. The colonial rulers had created a financial system heavily dependent on manufactured products from abroad. Because their main objective was the extraction of raw materials from the Gold Coast to the colonial metropolis. 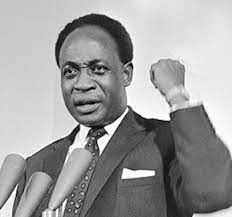 Local roads and railway lines only targeted rich resource regions. Dr. Kwame Nkrumah set out to create a sustainable and independent economy. His main objective was to extensively reduce the dependency on imported goods. Transform the industrial structure by creating more manufacturing industries that will satisfy the basic needs of Ghanaians, create jobs and break the visual cycle of poverty. 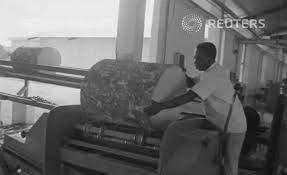 The Nkrumah-led government focused on the development of large-scale manufacturing industries owned and managed by the state. Ghana began a number of state industries that will produce goods ranging from cement, steel, roofing sheets, glass, juice, matches, sugar, paper, flour, tomatoes, beef, shoes, and many more. In today's article, we are going to take a look at the state of some of these factories.

The factory was set up in 1966 at a cost of 9 million Ghana cedis. The company was situated in Aboso, a town near Tarkwa in the Western Region of Ghana that was also known for its gold and manganese deposits. The factory was a major manufacturer of glass and a supplier of bottles for the beverage industry. The factory is said to have employed over 500 residents from Aboso and neighboring communities, with a yearly output of 18 million bottles, 2 million units of tableware, and 10 million square of sheet glass and louver glass. 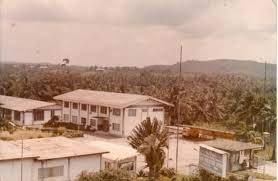 The prolific factory which was once the leading glass and bottle producer in West Africa has been abandoned for decades due to financial constraints. The town's youth are calling on the government to revamp the factory as their only source of livelihood has now become illegal mining also locally known as “galamsey”.

The Bonsa Tyre Factory was established in 1963 under the impulse substitution industrial strategy. The factory which is located at Bonsasu in the Western Region of Ghana was to produce vehicle tyres for the local automobile assembling industry and the mines. The factory was strategically placed in Bonsasu due to its vast rubber plantation stretching from the Western to the Central regions. 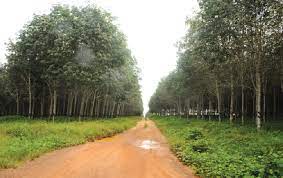 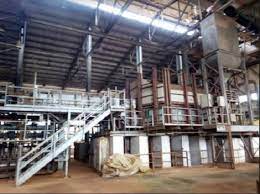 The factory which had a rated production capacity of thousand five hundred times per day and about four hundred and twenty thousand times per annum has been defunct for decades. After Firestone Tyres which is a global brand sold 60 shares back to the government the plant remained inactive and abandoned. A report from 2012 by the Ghana Rubber Estates Limited, suggests that Ghana exports about 40 000 tons which is 95 percent of its rubber production.

Ghana was once a major manufacturer of matches. Ghana was producing matches for several african countries including Togo, Liberia, Nigeria, Mauritania, Benin, and other countries bringing in a large income from foreign exchange. The company was established in Akyem Kade in the Eastern Region under the name Ghana Match Factory Corporation. 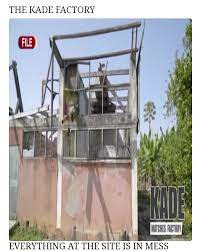 It produced 1440 boxes of matches daily. The company was strategically placed in Kade to explore the timber resources in that area and great employment for its residents. Today the factory is in total shambles and has completely deteriorated. It has been left dormant for years.

The factory is located in what was then the Brong Ahafo Region. It is known for the processing and packaging of tomatoes and other vegetables such as okra and garden eggs. The factory was established in the 1960s under the Nkrumah regime. It was estimated to have employed over a thousand people and also served as a ready market for tomato farmers which encourage individuals in the community to enter into agriculture. Sadly the factory has been inactive for decades. 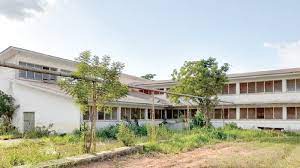 It was a huge blow to farmers and the workers whose livelihoods depended on it. A region once noted for its mass production of canned tomatoes was brought down to its knees. Between the years 2000 and 2007, the factory reopened again but was later shut down due to an unreliable supply of the right tomato breed for processing. After Nkrumah's government was toppled most of the factories constructed in his time suffered the same things.

Factories like the Bolgatanga Meat Factory, the Pwalungu Tomato Factory, the Saltpond Ceramic Factory, the Komenda Sugar Factory, the Paper Convention Company, the Cotton Factory in Tamale, the Jute and Shoe Factory in Kumasi, and many others fell.  Some argue that the factories were struggling and would have eventually collapsed. Others also blame it on Nkrumah's social vision and are said that state-owned industries are not sustainable yet the fact still remains the same. Today our markets are flooded with the same foreign imported goods we once manufactured and exported. Why is it far-fetched to revive these factories? If you enjoyed this article follow me, like, share, and leave your comments in the comment section below.