It Pays To Build A Name, The Reward Doesn't Come Quickly

At the point of death, a renowned civil servant, Tom Smith called his children and after praying for them, advised them to follow his footsteps so that they can have their peace of mind in life. 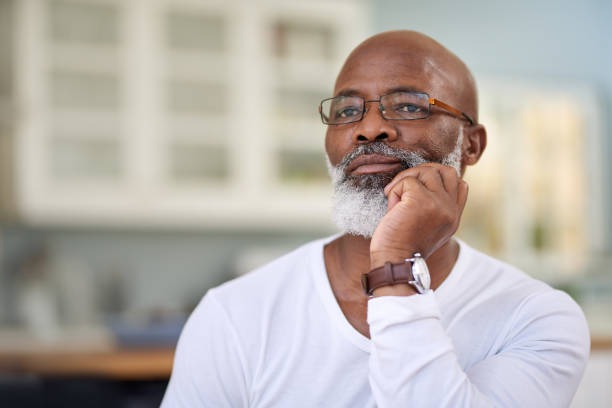 The elderst child, Elizabeth, a graduate, looked at the other siblings and yelled, "Daddy, its unfortunate you are dying without a penny in your bank account. It is a pity you're leaving us the same wretched life you lived. Personally, I can't emulate you, she continued. Other fathers in the neighbourhood that you tag as being corrupt, thieves of public funds left houses and properties for their children; See the kind of comfortable life they live and the schools they attend. You're dying after 35 years of public service with just one rickety car. The only honour u have in this room is the citation of an award you won as the best Public Service Accountant when we were not even born; Even this house we live in is a rented apartment, sorry, I can't emulate you. You're dying of a common disease and we can't even fly you outside the country like the others do. How can we cater for our mum and the little ones by living like you did in this part of the world..How? Daddy please let's chart our own course, let's paddle our own canoe"

Few days later, their father gave up the spirit.

Three years after, Elizabeth finished her Masters Degree. She applied for a job and went for an interview in a multinational company.

The interview panel had already penciled down a candidate for the highly coveted post but wanted to complete the formality of interviewing all applicants on the list.

As soon as Elizabeth sat before the interview panel, the Chairman of the committee looked through her CV, nodded and asked,

"Hi Miss Smith, tell us a bit about yourself" and  Elizabeth replied, "I am Elizabeth Smith. My Dad, the late Tom Smith was the Regional Head accountant of the National Insurance, and also served as Administrator of Public Health for many yesrs...." But the Chairman cuts in, Oh my God, you are the daughter of Mr Tom Smith? I can't believe it...He turned to other members and said "This Smith man was the one that signed my membership form into the Institute of Chartered Administrators when he served in our district in the North and his recommendation earned me where I am today. It was really difficult getting a man in such high office to do that during those years. You needed to be rich to get your form signed but the amazing thing is, he did all these free. I didn't even know his address, he never knew me from Adam. He just did it for me. I returned to his office after a year only to hear he was transferred. That was it and I never heard from him again. He turned to Elizabeth; "I have no question for you, consider yourself as having gotten this job, resume tomorrow, your letter will be waiting for you. For how your dad remained honest and served everyone with diligence, I trust you'll follow his path in this job.

Elizabeth Smith became the Corporate Affairs Manager of the company with two cars, one official and one for private use, attached to the office, with a duplex and two drivers and a salary of GHc25,000 per month excluding allowances and other costs when she travels outside the country.

After two years of working in the company, the Group Managing Director of the company came from America to announce his intention to resign and needed a replacement. A personality with high integrity was sought after, again the company's Consultant nominated Elizabeth Smith.

In an interview, she was asked the secret of her success and the sudden sky rocketing profile. ...And in tears, she replied, my Daddy paved these ways for me. It was after he died that I knew that he was financially poor but fabulously rich in integrity, discipline and honesty. She was asked again, why she is weeping since she is no longer a kid as to miss her dad still after a long time. She replied, "At the point of death, I insulted my dad for being an honest man of integrity. I hope he will forgive me in his grave now. I didn't work for all these, he did it for me to just walk in.

So finally she was asked," Will you follow your father's foot steps as he requested? And her simple answer was, "l have already been doing that. I have met a number of people after his death and I haven't seen or heard anyone say a word against my dad's life in public service. I now adore the man, I have a big picture of him in my living room and my office. He deserves whatever I have after God.

Are you like Tom Smith? It pays to build a name, the reward doesn't come quickly but it will come however long it may take and it lasts longer.

All GCB Bank Customers Should Take Note of This