Interchange Debate Settled: Fact Check Ghana Examines Who Is The Better Manager Of The Public Purse

By Still_Unbeatable (self meida writer) | 14 days 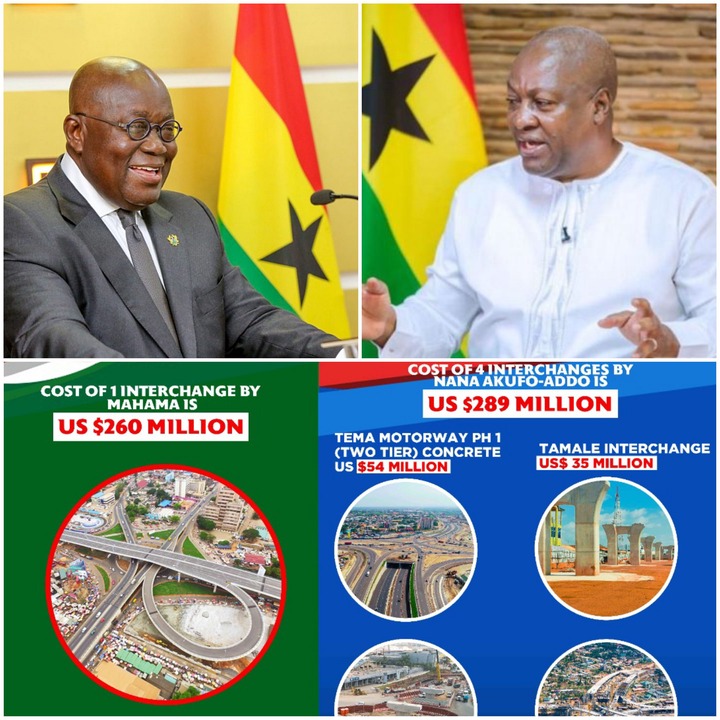 There has been so much brouhaha over who is the best when it comes to handling the country’s economy. The 2 major parties in the country have argued and accused the other of wasting the country’s little resources. The conversation got deeper when President Akufo-Addo recently opened the newly constructed Pokuase Interchange.

At the commissioning President Akufo-Addo compared 3 Interchanges he had built as cheaper and better than the single Interchange built by John Mahama. In concluding, he said, “These are further examples that we in the NPP are better protectors of the public purse”. This claim generated so much debate because whereas other claimed that the Pokuase Interchange is the brain of John Mahama, while other claim that it was completed by Akufo-Addo.

However, this was contradicted when this month during the opening of the Pokuase Interchange, the president compared and mentioned the same amount for only 3 exchanges. The President omitted the Tema Interchange and yet the amount was still at $289 million. 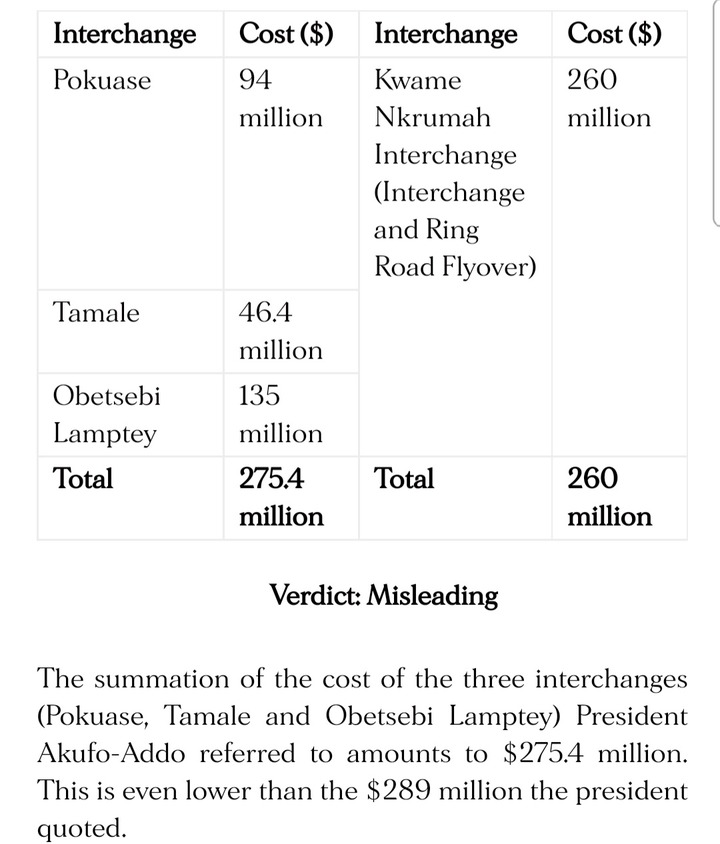 According to Fact CheckGhana, the amount quoted at $289 was misleading. According to their findings the real cost of the 3 interchanges was $275.4 million. They also found out that the cost of the Kwame Nkrumah Interchange was actually $90 million and not $260 million. It was only after 2 years after the start of the Kwame Nkrumah Interchange that additional $170 million was secured to build a Ring Road Fly Over. This was what shot the amount to $260 million. 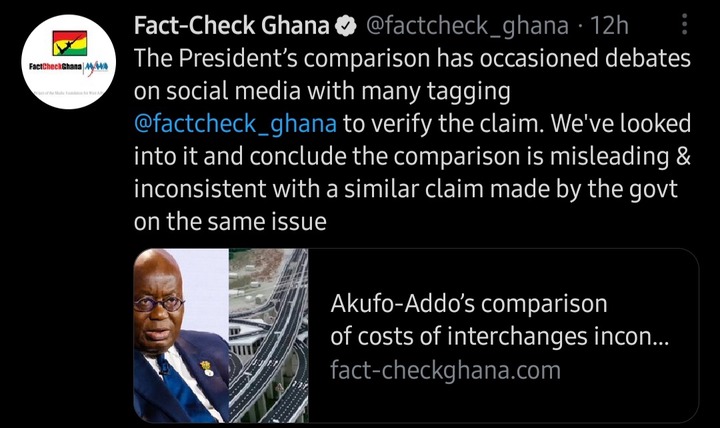 Their final finding was that one also needs to compare the quality of materials used, location and the type of soil at the place. These disparities sometimes give different values. They argued that it was misleading to compare Interchanges on the face value. According to their conclusion, the claim by the President as being better managers of the public purse was Misleading.