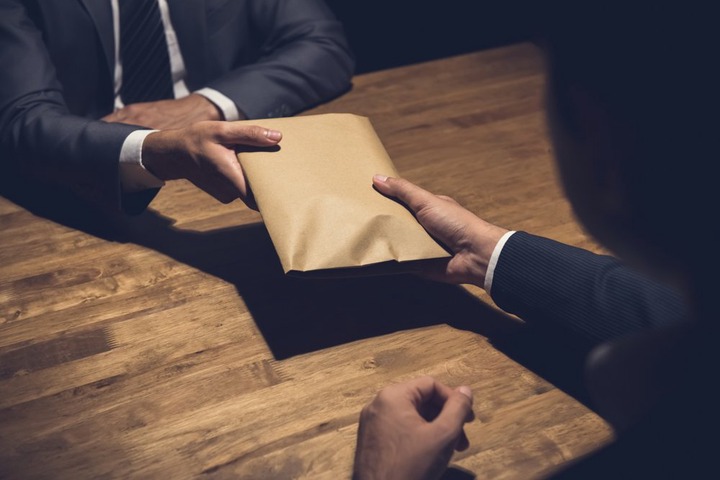 According to the Ghana Integrity of Public Services Survey, Ghana lost almost GHS5 billion in cash in 2021 as a result of paying bribes to government employees.

This amounts to approximately one-third of the Ministry of Education's budget for 2021, which is being used to implement one of the Government's hallmark programs, Free Senior High School. In order to boost national development, the government is currently working against the clock to generate around GHS4.5 billion through the Electronic Transactions Levy.

The maiden national survey, titled: “Corruption in Ghana – people’s experiences and views” also disclosed that more than 17.4 million bribes were paid in the same period.

The Ghana Statistical Service, the United Nations Office on Drugs and Crime, and the Commission for Human Rights and Administrative Justice worked together to conduct the poll. It gathered factual data on the types of corruption affecting Ghana's population from 15,000 households across the nation with adults ages 18 and older.

In order to inform appropriate policies to stop administrative corruption in the nation's numerous public institutions, it is necessary to assess the prevalence of the issue and its prevalent typologies.

Apart from the cash payment, which contributed 84.8 per cent of the forms of bribe paid, 13.3 per cent of the bribes paid were food and drinks; 9.7 per cent, exchange for other services; 5 per cent valuables, and 2.2 per cent animals.

his remarks, Justice Emmanuel Yonny Kulendi, a Justice of the Supreme Court, who stood for the Chief Justice, said that corruption was the most dangerous threat to the country’s democracy, development and national security.

He said that: “If we fail to prevail in our fight against corruption, it is fast draining the public purse, creating barriers to economic development, decreasing the effectiveness and efficiency of public services, increasing transaction costs, undermining legal rules and eroding the legitimacy of government and will ultimately bring down our democracy.”

In order to build specialized anti-corruption interventions, Justice Kulendi said that the study offered a verified attempt to authenticate the incidence of corruption in Ghana. It also offered scientific strategies to combat corruption.

Mr. Richard Quayson, the Deputy Commissioner of Commission of Human Rights and Administrative Justice said that: “In order to fight corruption more effectively, it is critical to improve society’s understanding of its different manifestations and to make regular, scientifically-based efforts to measure its occurrence,” which the survey provided.

He noted that Ghana Integrity of Public Services Survey would support achievement of the goals of the National Anti-Corruption Action Plan , Sustainable Development Goal16 and the United Nations Convention against Corruption Article 61.

Ms Jennifer Sarvary Bradford, a Crime Prevention and Criminal Officer at the United Nations Office on Drugs and Crime, also said that the report would help Ghana produce an evidence-based policy to fight corruption.

In order to address the situation, the report recommended conducting stakeholder engagement at both the national and sub-national levels, publishing analytical reports, institutionalizing the Ghana Integrity of Public Services Survey, and developing a road map for the implementation of anti-corruption policies.