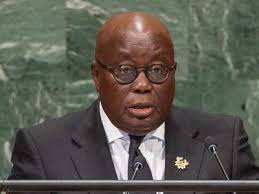 Organized crime and corruption constitute a criminal environment that can actively influence political and economic relations in the state. Crime has taken over Ghana in all the institutions and one of the most affected places in the country is the Tema Harbour, where exports and imports of business activities bring billions of income to the Ghanaian government.

I thought I have no more articles to write about crimes that have taken over the Tema harbour under the administration of the NPP government, after writing four articles but the criminal nature and unwilling actions by the NPP government to stop those nefarious activities forced me to write this article today.

The president from time to time convinces Ghanaians that he cares about them, however, If Akufo Addo really cares about the problems Ghanaians, including those in the Diaspora are facing, why has he refused to investigate and deal with crimes taking place daily at the Tema harbour? 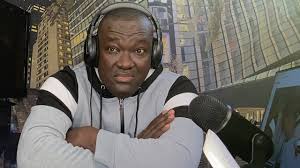 After Captain Smart presented a number of videos with evidence revealing massive frauds, theft, and corruption at the Tema Port, on December 26, 2021, I also proved that Akufo Addo is behind the crimes at the Tema Harbour with an article entitled, “The Lamentation Of Ken Agyapong Reveals Akufo Addo Is Behind The Corruption At The Ports.” That particular article has so far generated over 5,600 readings.

These undoubting compelling pieces of evidence revealing the crimes of the NPP government at the Tema Port should have been a warning to the Akufo Addo’ abysmal administration to begin finding solutions but they ignored to do that, instead, they chose to set up Captain Smart to implicate him in bribery allegation.

I don't think so because it will be better for Ghana without a president or NPP government than to continue experiencing hardships and suffering from a true definition of an incompetent government.

Many believe that poverty, the lack of employment, prostitution, frustration, depression, and other social problems taking their toll on humanity, are some of the causes responsible for crimes in society.

That is not true; many NPP political gurus are behind crimes in Ghana. Captain Smart has proved that. If the NPP government wants to live in crime as a means of leadership, I wish them the best but God will punish any politician who tries to silence those they consider a threat against them.

No nation wrecker should expect that I will pick up a fight against Captain Smart, Kevin Taylor, Avram Moshe, or anyone seeking the best for our country. I will give them every necessary support to make Ghana a better country. 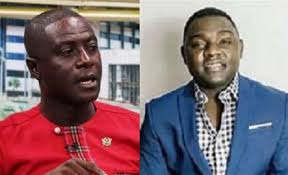 The NDC used to be the most unwanted political party in Ghana but now the table has turned.

The NPP is not only the most criminal and corrupt political party in Ghana, the party has also added new professionalism to its Curriculum Vitae, as the first political party to institutionalize crime as business at the Tema Port.