By Blind_Justice (self meida writer) | 24 days 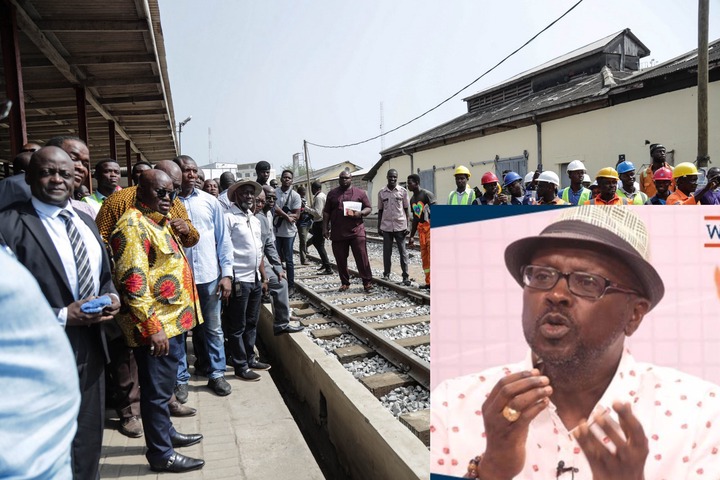 Prof. Kwaku Azar is dismayed by the announcement from the Ministry of Railway Development that rail lines worth $250 million have been lost to theft by scrap dealers. He finds it unthinkable how the state has made it easy for such crime to fester for the citizenry to suffer such a loss.

It wasn’t as though he doubted the report, Prof Azar lamented that the government has allowed the stealing of public assets to an extent that there is nothing deterrent to those who engage in such crimes.

“…how $250M of public assets could be made so easy for Ghanafuo to steal. It is just too easy to steal public assets, at all levels, in this polity,” he wrote on Facebook.

He remarked that the constitution seems to suffer some lapses and thus hardly check on these crimes. He noted that the only corrective measure to such stealing is to have the government institute the right control mechanisms to protect public assets against it.

Prof. Azar added that the controls may not be enough if those who fall foul of the laws are not made to face the “full rigors and anger of a speedy criminal justice system.”

The railway sector nearly collapsed as a result of mismanagement and underinvestment by the government. However, with the new investment drive taken by the Akufo-Addo government, the sector is rebounding.

This development has been hit with its challenges, especially by the illegal operations of some people who cannibalize on the reconstructed lines. The Western and Eastern corridors of the rail network have suffered cuts on rail lines, a situation that was very prevalent under former Minister, Joe Ghartey.

Workers of the Ghana Railway Company Limited reported some derailment of their locomotives as a result of these cuts on the rail lines. Today, similar incidents have been observed in the Ashanti Region.

It is believed that the reconstruction project for the 51-kilometer Eduadin -Oboasi rail lines had created an impression that the old lines are useless and can be taken away. The reconstruction of the Western line also suffered similar attacks.

It was even alleged that some workers of the Ghana Railway Company Limited and politicians were behind these illegal operations. The Police in Western Region has a dossier of these cases but nothing better has been reported as an outcome of these arrests.

The tonnage of these railway lines which have been impounded at the Inchaban Police barrier between 2019 and 2020 is yet to be evaluated to determine its worth. In the face of these incidences, it will be appropriate to have the company conduct routine patrols on these lines to curb the stealing of the lines.