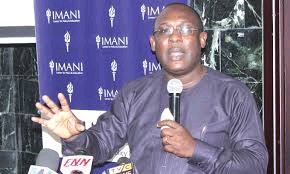 Ghanaians have responded to Vice President of IMANI Ghana, Kofi Bentil on his search result about judgement debt saga which is trending in the country for some time now.

His search result states that the present Minister of Energy under Napo has nothing to do with the 170$m fiasco. He told Ghanaians that they should focus on making sure we don’t act this recklessly again.

He said "it was the Power Ministry under Kwabena Donkor which entered this contract" and "it was couched as an emergency contract which was false" and however stated that before signing this contract, "we were deep in Dumsor and there was no need to rush into bad agreements and this and a number of other bad contracts have put Ghana in trouble."

"No. 2 above notwithstanding, The contracts were terrible BUT they DID NOT CAUSE THE JUDGMENT DEBT. All suggestions that it is those who signed the contract that caused the debt are totally unfounded. IT IS THOSE WHO TERMINATED IT AND DID NOT DO the DUE DILIGENCE WHO CAUSED THIS 170$m fiasco!!! This was reckless abandonment of responsibly and a dereliction of duty of the worst kind" he added but Ghanaians are angry about his explanation and said they disagree with him when he made the statement known to them.

Some people reacted and said that: You are doing well by trying hard not to implicate your occupy Ghana friends. Mahama would have been the one to be blame entirely, should this happened under his government.

Other people stated that: Mohammed Murtala will refer to the act as "Criminal Negligence".

However, I disagree with you Kofi Bentil on point two. Reason being, if the whole contract was couched as an emergency contract, and I believe it was rightly so, why then was it false as you want us to believe? Because you indicated that we were actually undergoing energy challenges in our country at that time. Can you give us a further and better particulars for your reason that, the explanation of the contract being executed due to energy crisis is false? I want to draw the conclusion that you just don't have the courage to hit the nail right at the middle of the head. But first let's hear you sir.

"You can never do without mentioning the previous government as a cause of our judgement debt? Dragging Kwabena Donkor's name in and saying he signed a bad contract when we were under deep Dumsor hmmm. Why can't you just go straight to the point but trying to affiliate this mess caused by the Akuffo Addo to the NDC?" Another Ghanaian quizzes him.

Someone pen down long message to him by saying that: So Mr Bentil concedes the fact that we were deep in Dumsor, but that the dire nature of the situation at the time necessitated an emergency agreement is false according to Mr Bentil. I find it difficult to understand. May be Mr Bentil should offer us the templates within which an emergency agreement such the one Kwabena Donkor entered into could fit.

Business were collapsing, health care delivery was adversely affected, efficiency and smooth teaching and learning got compromised, the movie industry got crippled, media (Radio,TV and print) were virtually on their knees, these and many others culminated into a serious national crises which everyone in this country witnessed. Respectfully Mr Bentil, we were clearly in a state of emergency and thus renders the point raised in no.2 intellectually impotent. Again, it is not enough to the contracts were bad, at least offer us some cursory reasons.

"How much were you given to write this? The GPGC was the best among all the contract. Aaaaah! Instead of you people saying it how it is, you are just dancing around it. I'm sure you have read the letter Boakye Agyarko gave to the company as their termination letter. Which of these things you are saying here was in it? We are not the same yesterday. We can also read in between the lines. You will surely loose your credibility soon. We are in together" Someone jabbed and warned him.