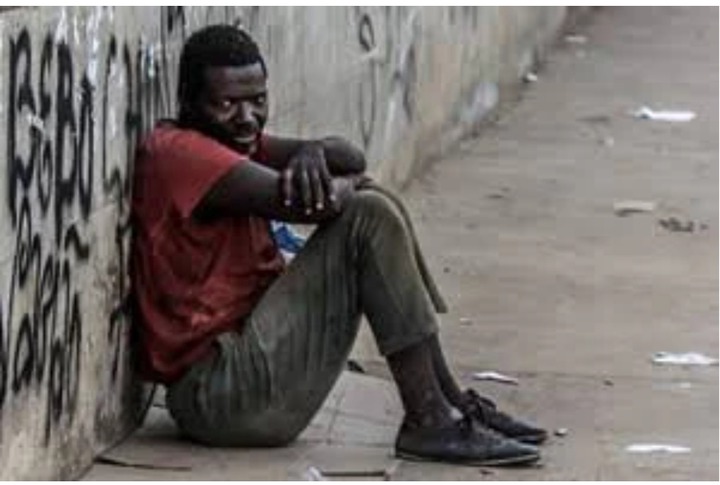 Life is a gamble sometimes. It's a story of a man that lived rich lives, but wastes everything into poverty. In the 1980's he was an instructor in primary school, working very hard and pleasantly. He was married and had 9 children, seven men and two women.

He was given 2655 GHC by his elder brother in the 1990s. Then man says that at that time it was a huge amount of money, so he quietly taught and started a lucrative business.

He started a chemical company in Malindi and the company was booming. He had the highest chemistry in Malindi by the year 2000, and could purchase medicine worth five million from supplies.

He married a young woman who was entrepreneurial too, leaving his family. The woman had been a con.

In 2002, the government laid down measures to ensure the closure of all chemistry shops not compliant with the rules. The lady planned to take the company after hearing the news.

She sent men who went and harassed a person in relation to the lawfulness of his business; they were so crude they had to hand him cuff and put him on a probox boot. The chemistry inventories were transferred to a new warehouse and the man was thrown in the bush.

The Lady later gained access to his account and disappeared without leaving any cash behind for him. The man who came back to his company was not only struck by being left without stock and money, but also by a 10 million debt from both financial institutions and its suppliers, he was obliged to flee the city.

When i met him, he was teaching 2655 GHC a month, in a private school, he languished in poverty. All his friends left him and his costly way of life came to a standstill.

He was a good friend to me and every time we met, he couldn't stop telling the story to me so that i didn't cross the same path.

What have you learned from his story? Don't forget to share your opinions us