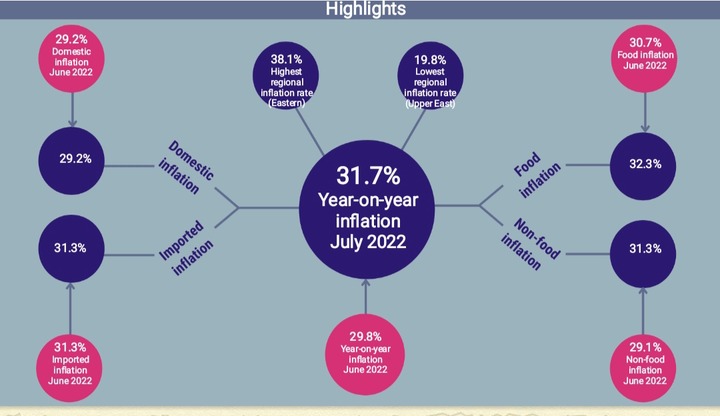 The standard of living and cost of living in Ghana is really not the same in all the regions as the July CPI released by the Ghana Statistical Service reveal.

According to the July CPI, there is no control of prices in the nation and while some commodities are high in some regions, same likes are low in other regions too.

This is evidently clear that the cost of living in eastern region and western region is higher compared to the other regions.

However, for the fourth month in a row (since April 2022), imported items record higher inflation rates than locally produced items. 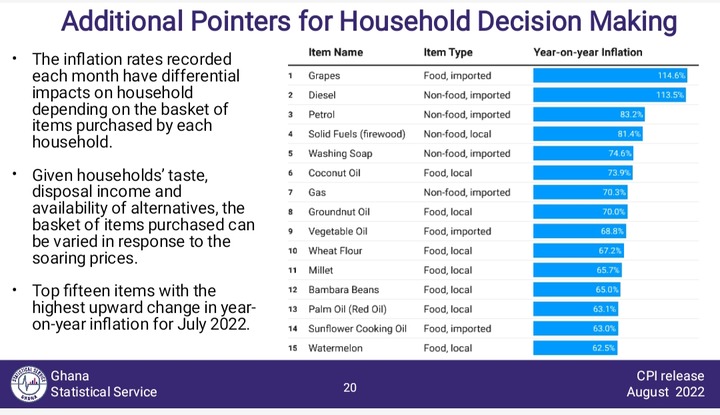 Transport recorded the highest rate of inflation in Eastern Region (64.5%) while oil and fat inflation was highest in central region for food inflation (63.5). 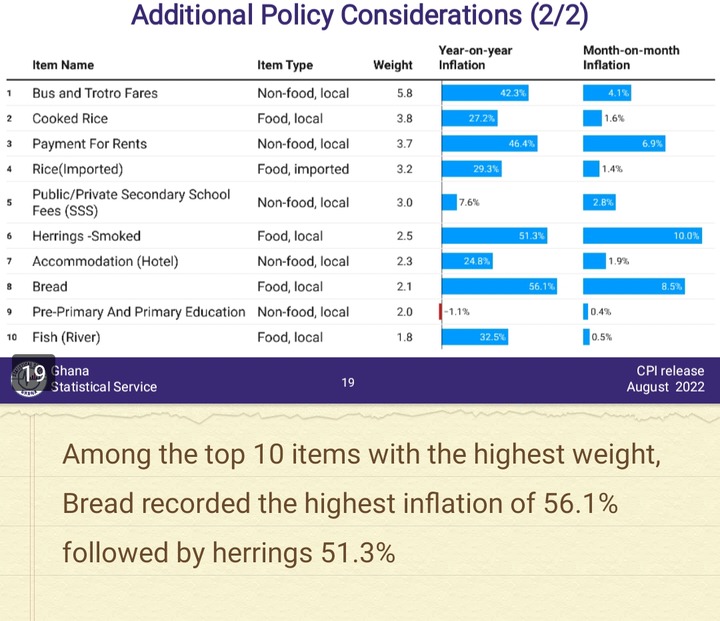 In the case of month - on - month food inflation, five sub classes record rates higher than the national average (3.1%).

Will inflation continue to rise or there would be a strategy to help reduce this consistency.