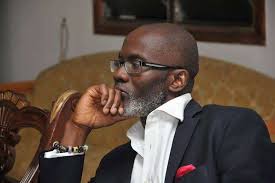 The barrister, and politician, Gabby Otchere-Darko has revealed that the E-Levy, which was supposed to give government some huge sums of money has failed woefully.

According to him, the estimated expected revenue from the Electronic Transaction Levy introduced in May this year which was 600 million has only yieded less than 60 million and it looks like there's no hope for the government.

He stated precisely that "Even if we find the $3-5 billion required, will that help? E-levy which was to have given us some 600m by now has done less than 60m."

To Gabby, after the insults, court actions by the opposition, the NDC and Ghanaians complaints when the E-Levy was accepted and it's subsequent implementation, the revenue of the country has not changed.

Our debt level is still high and cedi also struggling compared to other countries.

He stated "After 5 months of stalemate and bashing, the e-levy, after implementation, is delivering only 10% of estimated revenues; our revenues remain very low as compared to the rest of the world; debt levels dangerously high, cedi, like most currencies, struggling against the US dollar…".

Finally, the Pan-Africanist and the owner of Asaase Radio asks about options that are opened to the government "What options are open to government?".

What do you also think are the options for the government and this country considering the crisis we are faced with currently?