There is no money to pay 'Youth in Afforestation' employees - Hon. Francis Manu Adabor confirms

There is no money to pay 'Youth in Afforestation' employees - Hon. Francis Manu Adabor confirms 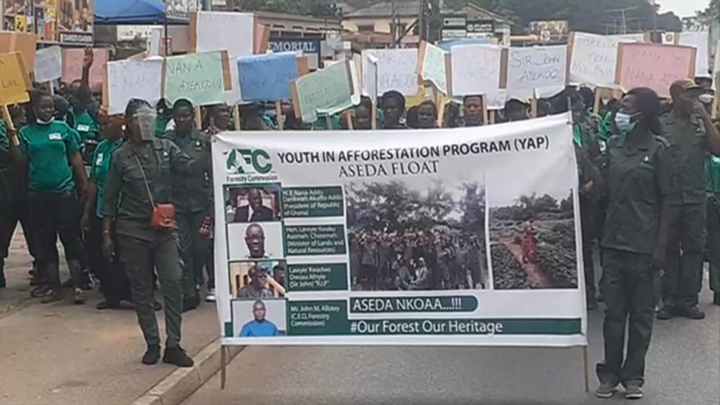 Over 40,000 youth within this country, may have to find a new job, as their fate of continuing working for the government, may come to an end this year. The youth who has been without salary since November 2020, took to Kesben FM to register their frustrations over the manner and illicit way, the government has been treating them since last year. The youth works for the government in the Agricultural sector, and were employed solely to plant more trees, so the nation can have a wider vegetation forest. Ever since their work was initiated in 2018, they have been receiving their salary in bit by bit, whiles their leaders who are supposed to be talking to them on the issues, hasn't responded to any of their concerns.

A sector of the youth, rocked the studios of Kesben FM, where they registered their disappointments and the conduct of the forest commission against them. The youth of afforestation workers, whose salary are enshrined in the budget every year, had their 2020 salaries from January to December, doted and recorded into the 2021 budget. But they were not paid for their December 2020 salary and other ones. The commission in charge of their salaries, paid them bit by bit, instead if paying them in bulk for their salaries.

From January to April 2020, the workers were not paid, and their arrears should have been bulk payment of the four months, which was January 2020 to April 2020. But the salary came bit by hit throughout May and June. The January to April salaries, which was to be paid within the same months, were paid in small amounts in May and June, whiles the May and June's salary was paid later. Before the 2020 elections, all their arrears, was paid on the first week of November 2020, in full before the elections were organized and no salaries has been received, ever since.

The leader of the Ejura Youth in Afforestation, speaking on Kesben, blamed the leaders of sabotaging them and not paying their salaries. They were deprived of Christmas, since no salary came for them. From the last pay they received in November 2020, they haven't received any other payment again. And has since been working tirelessly without payment. Speaking on the case in favor of the government, was Hon. Francis Manu Adabor, who is the Parliamentary Select Committees chairman on afforestation, and confirmed that though the youth hasn't been paid since December 2020, but that doesn't stop them from hoping to get their salaries.

Hon. Adabor noted that, the 2021 budget did not raise enough money to pay all the over 40,000 youth in afforestation workers, because of lack of money. According to him, the government is working on it, but from all indications given form his interview with Kesben, it was confirmed that, there may be cuts in the number of workers working for the youth in afforestation, as the government cannot pay them all 500cedis a month each for the 2021 year. 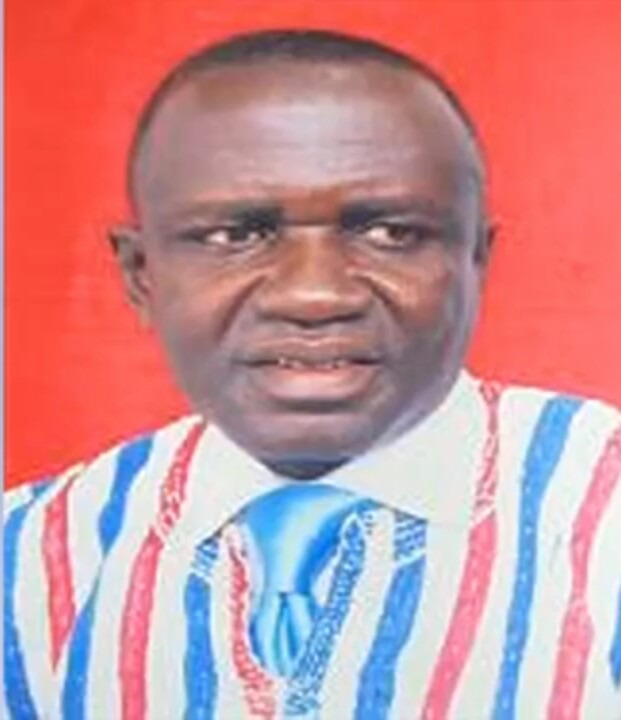 Inter Milan completes the signing of AS Roma star

I Will Speak The Truth: This Is The Second Time Nana Addo's Government Is Going To IMF - Pratt.