The Trade and Industry Ministry has discounted the alleged sale of 125-acre stretch of farmland belonging to the Komenda Sugar Development Company to ‘akpeteshie’ (local spirits) distillers, describing it, as untrue and a malicious lie.

One Ransford Chatman Vanni-Amoah, who claims to be a former Member and Secretary to the Komenda Sugar Project Management Board, had in an online publication carried by ‘Ghanaweb’ alleged that the Trade and Industry Minister, Mr. Alan Kwadwo Kyerematen, sold the said stretch of farmland meant to produce the raw material for the company in July 2018, to ‘akpeteshie’ distillers. 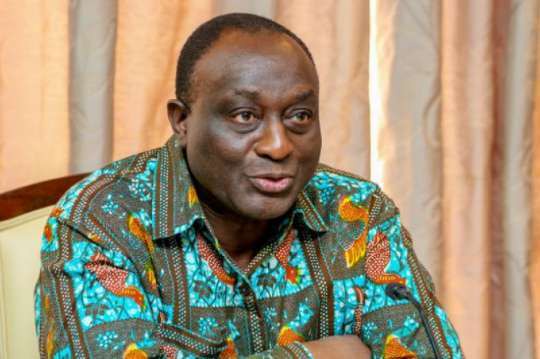 The Ministry in a statement, denied that there had been any such transaction. The Minister, it said, had not sold and did not intend to sell any land belonging to the Komenda Sugar Development Company.

It explained that the Minister lacks “the legal capacity or authority to initiate, negotiate and conclude the sale and transfer of any stool land assigned to the company as alleged”.

The statement called for all, especially, the chiefs and people in the Komenda traditional area, to ignore totally the allegation, calculated to incite mistrust and disaffection for the Minister and the government.

The statement underlined the government’s unswerving determination to bring the Komanda Sugar Factory back to productive operation. It asked for immediate retraction of the offending publication by ‘Ghanaweb’ and the person behind the spurious allegation and an apology. 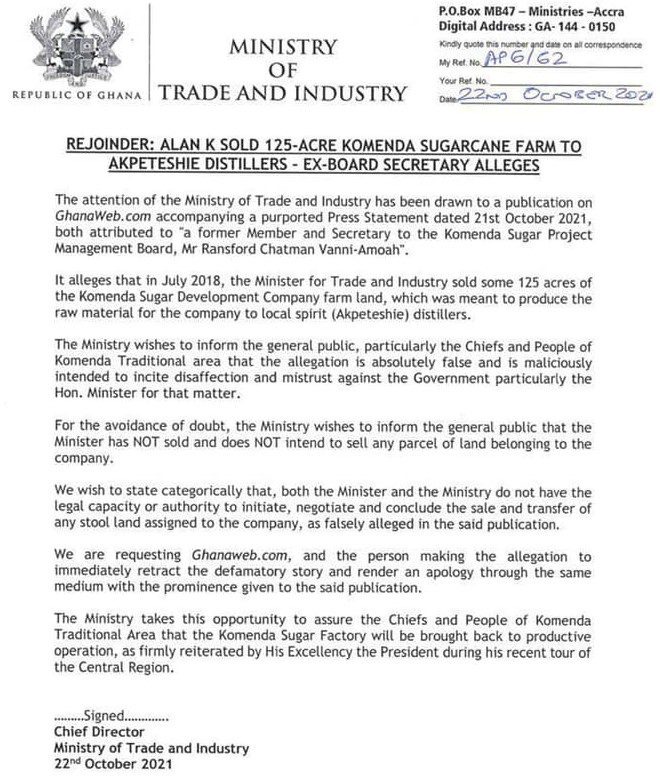 The factory built and inaugurated amid fanfare in May 2016, by the Mahama-led government, has not been operating, largely because of the lack of the required raw material – sugarcane to feed it.

A team of experts, academics and independent sugarcane industry consultants, in a technical audit report, said a test run was never completed before the factory’s inauguration, because of insufficient sugarcane.

Besides, some vital machinery including vertical crystallizers, molasses weighing system, bagasse compressor and melt clarification had not been installed.

President Nana Addo Dankwa Akufo-Addo, during his recent tour of the Central Region, criticized his predecessor for the way his government went about the construction of the factory. 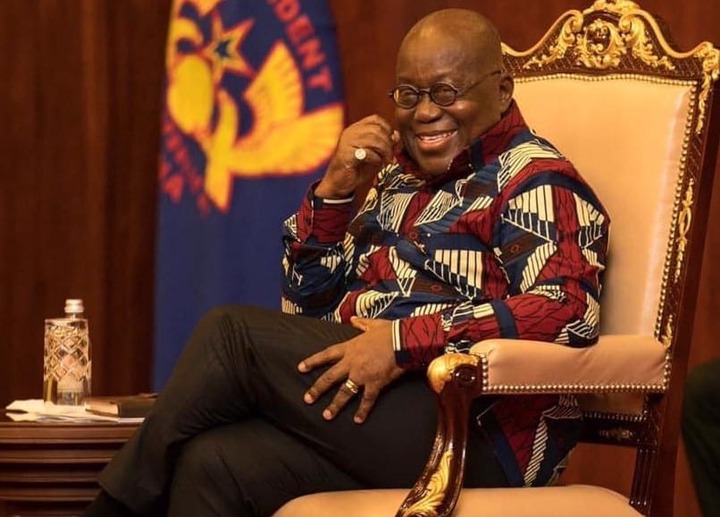 He could not understand why they built the factory without making sure that there was adequate raw material supply. He likened it to building the roof of a house before thinking about constructing the foundation. Doing that was wrong and not consistent with any construction principles.

He outlined plans to revive the factory and said the services of a technical partner with expertise in the sugar industry had been engaged to manage the operations of the factory.

Discussions had also been held with the traditional leaders for the establishment of sugarcane plantations to feed it. He said he was confident that the factory would start commercial production in the first quarter of the coming year.

Park Agrotech Ghana Limited, had earlier, been selected as a preferred strategic investor for the Komenda Sugar Factory but negotiations between the investor and the Transaction Advisor delayed unduly culminating in the termination of the negotiations by the Trade and Industry Minister, on September 1st, this year, for the inability to satisfy the conditions precedent to the offer made. 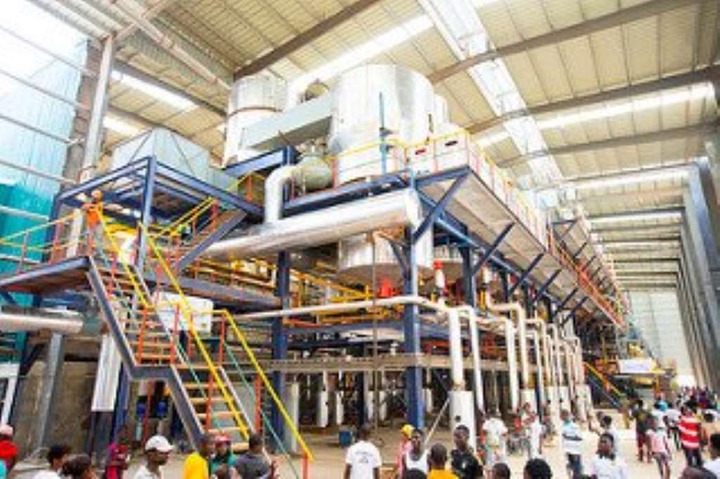