By ByantesX (self media writer) | 6 months ago 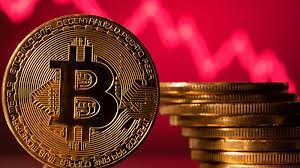 With Bitcoin hitting new all-time highs and major news breaking almost every day, it seemed like a good time to look at some of the biggest myths and misconceptions people tend to have about the world’s first cryptocurrency, see if they have any merit, and correct the record. If you think, for instance, that Bitcoin’s value is “based on nothing” or that it’s too volatile to have any real-world use, this guide is for you. We’re separating fact from fiction — without shying away from legitimate risks — to get to the truth about the world’s most popular cryptocurrency. Here are some of the biggest misconceptions people have about the digital currency

Myth #1: Bitcoin is a bubble 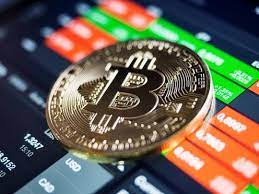 While it’s true that some people buy Bitcoin as a speculative investment seeking big returns, that doesn’t mean that Bitcoin itself is a bubble. Bubbles are economic cycles characterized by unsustainable rises in market value. They eventually pop when investors realize prices are much higher than an asset’s fundamental value. Bitcoin is occasionally compared to an infamous early speculative bubble: the 17th century Dutch “tulip mania.” In 1637, speculators caused prices for some tulip varieties to surge 26-fold. The bubble lasted six months, crashed, and never recovered.

#  Bitcoin has gone through multiple price cycles over the course of over 12 years — and has recovered each time to achieve new highs. As with any new technology, boom and bust cycles are expected. For example, at the end of the dot.com era in the nineties, Amazon stock nosedived from around $100 to just $5, only to become one of the most valuable companies in the world in the subsequent decades.

#  Some major Bitcoin investors believe that Bitcoin’s oscillations form a pattern typical of young markets. Bitcoin, they say, will surge and recede with smaller swings and longer durations between them until at some point in the future it settles into relative stability. But only time will tell.

Myth #2: Bitcoin has no real-world uses 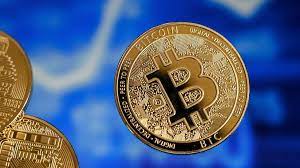 Critics like to claim that Bitcoin isn’t useful in the real world — or if it does have a use, it’s mostly useful for illicit activity. Neither of those statements are true. Bitcoin has a long history as a means of making payments to anyone in the world, all without a bank or payment processor in the middle. And it is increasingly being used as a gold-like hedge against inflation by major institutional investors.

·       In recent years, Bitcoin has become increasingly popular as an inflation-resistant store of value much like gold — leading to Bitcoin’s “digital gold” nickname. A growing number of major funds and publicly traded companies (Tesla, Square, MicroStrategy) have bought millions or even billions of dollars worth of Bitcoin as a means to better manage their assets.

·       Much like gold, Bitcoin is scarce (there will never be more than 21 million Bitcoin). Gold, of course, is heavy, bulky, and difficult to transport and store. Bitcoin, on the other hand, can be sent digitally as easily as sending an email.

·       Bitcoin received negative attention in early years as a means of payment on the dark web. But when the first big dark-web market was shuttered, Bitcoin prices went up after just a few days — and continued to rise.

·       Like any form of money, some of it will be misused. But compared to US dollars, illicit use of Bitcoin is a drop in the bucket. According to a recent report, 2.1% of Bitcoin transaction volume in 2019 was related to criminal enterprise.

·       And because all Bitcoin transactions happen on an open blockchain, it’s often easier for authorities to track illicit activity than it would be in the traditional financial system.

Thanks for your time

Content created and supplied by: ByantesX (via Opera News )