Meet Muslim Businessman, Who Constructed and Donated a $1Mil Mosque at The Airport Residential Area 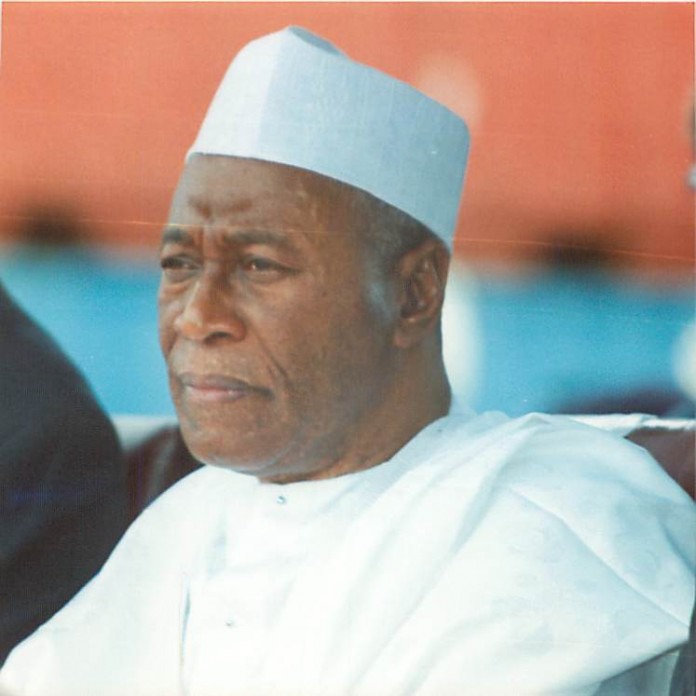 Renowned entrepreneur, business magnate, philanthropist, role model and patriot, born in June 1933 at Kintampo in the Brong Ahafo Region of Ghana, Alhaji Asoma Abu Banda was destined to create employment and economic empowerment for many people worldwide. After his elementary education at Kintampo and Kumasi Government Boys respectively, he went on to receive Ordinary and Advanced Level certificate as well as diploma in Marketing/ Sales Management in London. He later undertook several courses in Marketing, Management and Shipping to help him understand better and excel in the line of the profession he had chosen for himself.

Born into a family with a strong business orientation , Alhaji Asoma Abu Banda naturally got initiated into the family business. At a tender age, he worked with his father in the road transport business and showed early signs of hard work and entrepreneurship. Between 1955 and 1957, he was assigned the arduous job of buying cattle from Mail, Niger and Upper Volta (now Burkina Faso) and transporting them on foot to Kumasi, a job which he executed with diligence and devotion.

Determined to broaden his horizon and to acquire the requisite entrepreneurial competencies, Alhaji Asoma Abu Banda travelled to London in 1960 to further his education. He later entered the service of Imperial Chemical Industries (ICI) of London as a Director in charge of Africa and the Middle East.

By dint of his high entrepreneurial spirit, Alhaji Banda ventured into private business in 1975 and established with partners, a shipping company in London, OT Africa line, and Antrak Group of Companies (London and Ghana). Due to his able leadership and business acumen, more than 146 branches of his companies have been opened in countries across the world, creating jobs for over 500,000 people globally.

Alhaji Banda’s investments in the transport industry, particularly in Ghana, continues to assume greater heights. Today, he is the proud Chairman of Antrak Air, a hundred percent Ghanaian – owned Company, and the first of its kind in the history of the aviation industry in the country. 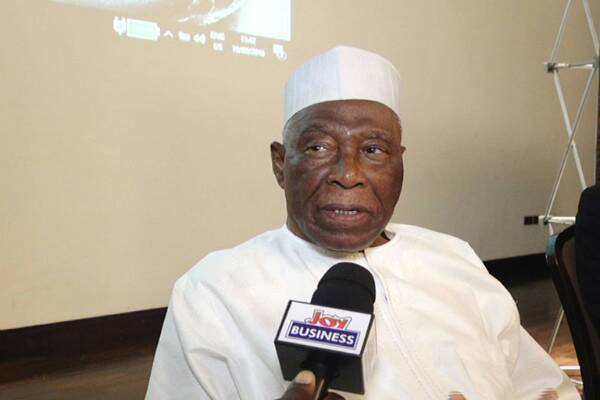 Alhaji Banda has showed tremendous commitment and support towards the socio-economic development of the country. He was very instrumental in making the Antrak Group of companies (Ghana) finance the reconstruction, refurbishment and maintenance of the maternity wing of Korle Bu Teaching Hospital in 1999 at a cost of nearly one billion Cedis. In collaboration with his foreign partners, he invested ten million US Dollars (about 70 billion Cedis ) in establishment of the Tema Container Terminal resulting in the creation of about 100 jobs.

Alhaji also demonstrated his support for the maintenance of security, peace and tranquility in the country by establishing the Crime Prevention Foundation to help resource the Ghana Police Service and other security agencies. In addition, he has also constructed a female Cell for Nima Police Station in Accra.

Alhaji Banda continues to show , in concrete terms, his deep concern for the well being of the downtrodden by catering for over 3,000 people annually. As a staunch and devout Muslim, Alhaji  Banda has constructed a Mosque at the Airport Residential Area at a total cost of over one million US Dollars.

Alhaji Banda , in recognition of his numerous contribution to the socio economic growth of this country has received many awards from not only the Ghanaian government but also from other organizations in many countries, notable among which are: first African to own a ship and first Ghanaian to own an aircraft, Companion of the Order of Volta by the State, Ghana’s Best Ever Transport and Logistics personality of the Year by the Charted Institute of Transport and Logistics in 2006, honoured for lifetime achievement by the Ghana Shippers Council in recognition of his great strides in maritime industry., Entrepreneur of decade (2001) by EMPRETEC Ghana Foundation, Kwame Nkrumah Leaders Awards (2003) by All African Students Union in recognition of his leadership qualities and support for the youth and students in Africa and the Diaspora, Awarded the title of Fellow of Kwame Nkrumah University of Science and Technology, Kumasi for acts of benevolence in 2002 during the University’s Special Golden Jubilee Congregation Award.

Others include the conferment of Honorary Degree of Doctor of Entrepreneurship (Honoris Causa) by the University of Cape Coast, conferment of Honorary Degree of Doctor of Science (Honoris Causa) by Kwame Nkrumah University of Science and Technology, West Africa Maritime lifetime Achievement Award 2009, Golden Star award for Aviation Operation in West Africa 2009, Silver Award from the Brong Ahafo Region during the celebration of their 50th anniversary, his Shipping company won the Best Shipping line of the World Twice (1999/2000)