We Are Not Prepared To Pay Ghc500 Tax Imposition To Any Revenue Collector - Traders Vow.

Cross-section of traders who operate within the Bekwai market in the Bekwai Municipality of the Ashanti Region have allegedly vowed to resist any tax collector who may come forward to demand ghc500 the Municipal Assembly intends to impose on them.

According to Madam Afia Frema, Public Relations Officer of the Bekwai Market Traders Association who spoke to this correspondent, the traders see no justification on why such an amount should be paid to the Assembly.

Pening down their opposition against the alleged tax imposition, Frema said before the acquisition of the small stalls, the Assembly made the traders to pay undisclosed sums of monies into their coffers.

She added that they were also made to pay annual income tax aside daily taxations, insisting that no other conditions were attached to the acquisition of the stalls.

The spokeswoman indicated that as an Assembly which owns the market traders were expecting maintenance among others from the institution, but these responsibilities tend to be minus.

We occasionally make contributions to maintain the market as if the facility is owned by the traders, Frema hinted and wanted to know about the basis or reasons of the current ghc500 tax imposition from the Assembly.

Frema posited that the traders been responsible citizens who understand the role tax plays to build an effective economy, her people are obliged to pay any reasonable and lawful tax to the Assembly stressing that the outfit cannot justify itself about the current attempt to allegedly force traders to pay for the aforementioned tax.

The traders pointed out that for the fact that they cannot battle with the authorities over tax issues they are waiting anxiously to welcome the Assembly to lawfully convince them about the reasons why they should pay for the new tax of ghc500 apart from the annual and daily tax collections.

If we are convinced, we will assure the Assembly about the traders resolve to dish out the tax into their coffers without any demands of conditions attached to it, concluding that if nothing fruitful comes out from the Assembly,then the ball will be in their ,(Assembly,'s,) own court to take decision,, since no trader will pay penny to any source. 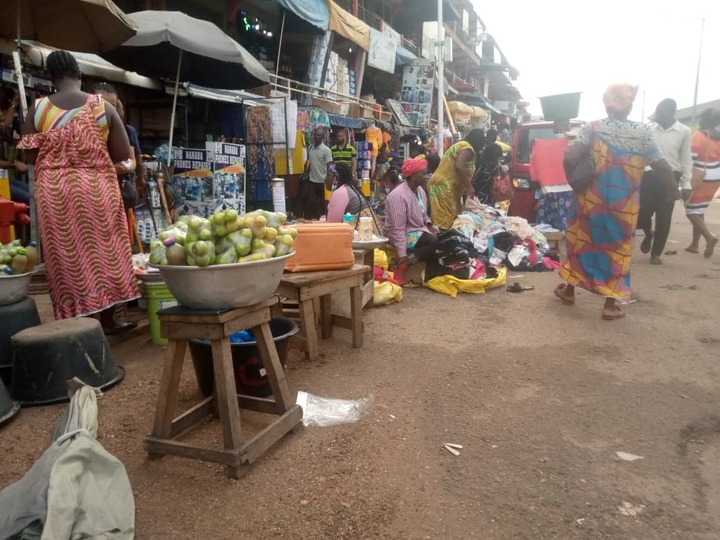