By Yondaclinz (self meida writer) | 27 days 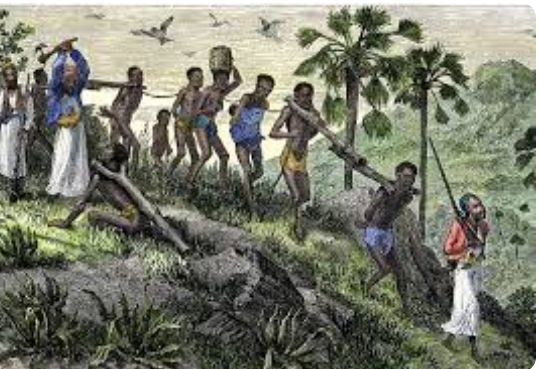 Please before you read, kindly hit the + follow button in other not to miss my future post.

Slave Trading African Empires that were involved in the Transatlantic Slave Trade included the Kingdom of Benin in West Africa.

It's estimated that close to 11 Million Africans were sent from the African Continent to the New World as a result of the Transatlantic Slave Trade and the Slave Trading African Kingdoms that profited from the Slave Trade.

Origins and Development Of The Slave Trade In Africa

When Europeans arrived in Africa in the 15th Century, they found an African interior already dominated by the powerful African States with well-developed Political, Military, and Economic systems.

These African States exercised total control over the African hinterland to the Coastline.

For this reason, Europeans could not act outside the authority of these well-established African States.

For instance, the construction of Slave Forts like the infamous Elmina Castle was undertaken after consultation and agreement with local Chiefs with pre-existing authority over the area.

European partnerships and alliances with African Rulers were therefore fundamental to the success of the Transatlantic Slave Trade.

Also, Europeans were confined to the Coastal areas where the Slave Forts were located and did not enter the African interior to raid and capture Slaves on their own.

They remained dependent on African Kings and Traders who would capture Slaves in the African interior and transport them to Coastal Slave Forts where they would be sold to Europeans and kept until they were shipped to the New World.

Why Africans Were Involved In The Slave Trade

The fact that Africans enslaved Africans has been explained concerning the fact that there was no universal African identity at the time of the Slave Trade because African Society was organized along Tribal and Ethnic lines.

Besides, Slavery was not completely foreign to Africa because the institution already existed before the arrival of Europeans.

For instance, Wars between African Kingdoms such as the Asante and Fante produced captives and prisoners of War that were treated as Slaves within African Society.

Africans were also attracted to the consumer goods Europeans would exchange for Slaves, and whilst the Transatlantic Slave tried greatly increased the demand for Slaves, it was not responsible for introducing the concept of Slavery to Africa. 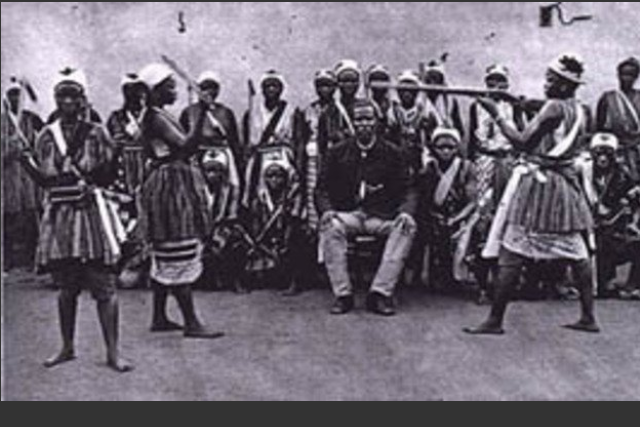 Kingdoms such as the Ashanti and Dahomey Empires waged Wars to capture more Slaves and they grew enormous wealth and power from their involvement in the Slave Trade.

Ultimately, it does not seem possible that the Transatlantic Slave Trade would have existed on such a large scale without the complicity of the powerful African Nations that dominated the African interior and benefitted from the Trade

As such, in considering the history of the Transatlantic Slave Trade, its also important to acknowledge the role played by Africans in the trade because ascribing the entire Transatlantic Slave Trade to Europeans would amount to a denial not only of African involvement, but it would also suggest that the African States were powerless to prevent the Trade in circumstances where the Historical power and development of Pre-Colonial African States at the time of European arrival demonstrates that this simply could not be the case because of the total dominance Africans held over the African interior.

This dominance was not affected by the Transatlantic Slave Trade and was only swept away with the arrival of Colonialism.

All Customers Should Take Note Of This Important Announcement From GCB

Good News To All Ghanaians As There Are Initiatives To Help You Own A House: You Need To Know

We realised that we don’t have a good case - Lawyer of Akuapem Poloo, Andrew Vortia speaks.