"Are we not going back to the Guggisberg economy today with this IMF bailout?" - Kwesi Pratt quiz 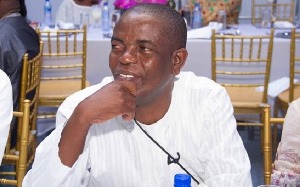 Managing Editor of the Insight newspaper, Kwesi Pratt Jnr, has squeeze out his displeasure at the Nana Akufo-Addo led administration for taking Ghana back to the IMF for bailout, stating that the decision is "like going back to the Guggisberg economy with the IMF bailout".

According to Mr Kwesi Pratt, this is the 17th time Ghana is actually going to the IMF but he cannot figure out any substantive benefits the country has really derived from it.

He expressed his shock in the decision by the President Nana Akufo-Addo because he said he told Ghanaians that the country under his watch will never go to the IMF. He also recounted that President Akufo-Addo told the International community that his administration will be operating above the Guggisberg economy style. He defined the Guggisberg economy as one that exports raw materials without adding value to it.

Mr Kwesi Pratt said, it's unfortunate that nothing has changed under the Nana Akufo-Addo era and that the President has failed to live up to his promises on lifting this economy beyond the Guggisberg economy era. He described the decision for the IMF bailout as something that is taking the country back to the Guggisberg economy.

He noted Nana Akufo-Addo's promise that “government’s economic vision will focus on executing an integrated industrialisation programme, with a clear bias towards supporting our small and medium scale enterprises with access to science and technology, incentives and markets to make them more productive and competitive," he has failed.

Mr. Pratt in conclusion quizzed "Are we not going back to the Guggisberg economy today with this IMF bailout?"