By VersatileJ (self media writer) | 1 year ago

Thanks for clicking the article. Hit the FOLLOW button to The renewed efforts of the ruling government against illegal mining has been applauded by many in the society. Though many people disagrees with the stance taken by government to set ablaze all seized illegal mining equipment, others have shown their support for the action of government.

Some personalities believe the actions of government are illegal and hence the legal procedure has to be followed. Those against the actions expressed their views that illegal miners should be arrested and processed for the law courts for the law to take its course.

Recently, the military taskforce dubbed Operation Halt team showed their readiness in this renewed fight where they raided the area where illegal mining activities was allegedly taking place in Akyem Akropong in Atewa West District in the Eastern Region of Ghana. Though there has been several information purporting that the firm which was operating in the area had the license to do so, the military paid no attention to that. The military taskforce went ahead and destroyed several mining equipment which were seized in the area by setting them ablaze. The mining firm was found to belong to the ruling government's National Women's Organizer, Mrs. Kate Gyamfua.

The military taskforce went to the site again the following day to destroy additional mining equipment. Mrs. Gyamfua was recently seen to be saddened by the events which were unfolding. 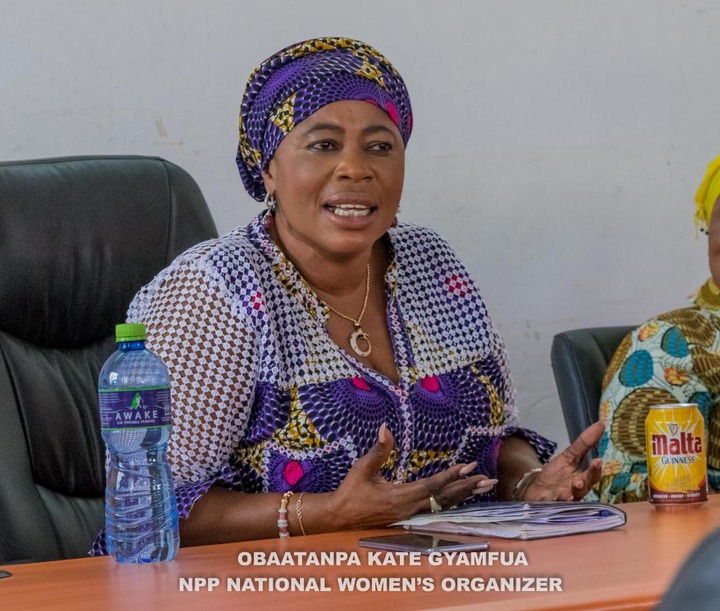 The management of the mining firm released a letter stating that the firm was a legal firm which had the licence to operate in the area after these events occurred. They also made a call for the unlawful actions of the taskforce to come to a halt. Unsuspectingly, the military taskforce has allegedly raided the office of the mining firm of Mrs. Gyamfua to destroy the place. Other equipment available at the place were destroyed and some of the security officers hired by Mrs. Gyamfua were allegedly manhandled by the Operation Halt team. The Secretary to Mrs. Gyamfua's mining firm explained the incident to JoyNews. Many people had called on the government to take actions against and hence are relieved when the military taskforce began its fight against the NPP bigwig. Others believe the Women's Organizer is being targeted by the ruling government because of a grudge between her and the government.

Do you believe this is a step in the right direction or is the NPP Women's Organizer being targeted?

Content created and supplied by: VersatileJ (via Opera News )

With What She's Currently Doing, Hawa Koomson Will Forever Remain The Best MP In Awutu Senya