By NanaYeboah20 (self media writer) | 1 month ago

On today’s edition of ‘Fikese Mu Nsem on Susubiribi 104.1 fm, Dr. Daniel Anarfi who is the head of Business Development Unit Office and Special Aide to the Okyehene took his turn to highlight Osagyefuo’s contributions towards development since he ascended the throne.

According to Dr. Anarfi, Osagyefuo Amoatia Ofori Panin since 1999 when he became the landlord and custodian of Okyeman has had development as his topmost priority and vision.

For the near 22-years he’s been on the throne, his Royal Majesty, Osagyfuo Amoatia Ofori Panin has been involved in and facilitated projects on Human Development, Job Creation and Health infrastructure and issues in Okyeman. 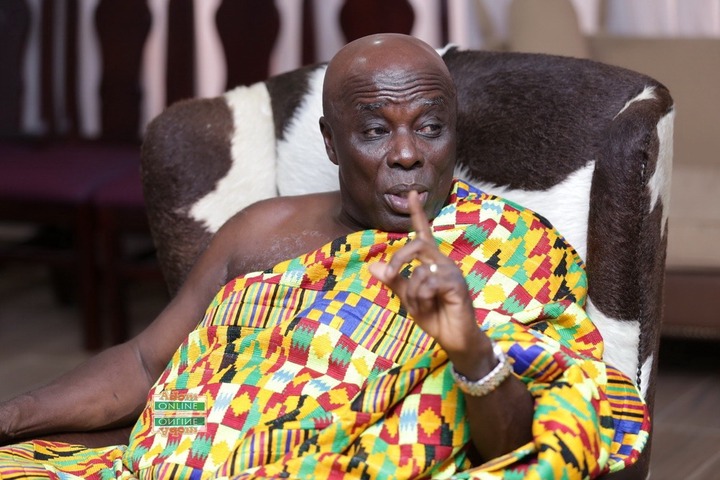 Osagyefuo Amoatia is a known and recognized name when it comes to advocacy on human development, especially child welfare. It is therefore not surprising that he has been recognized by government for that feat. Among the many things Osagyefuo has done to develop and improve education in Okyeman include;

• Oforipanin Fie has an Okyeman Scholarship Scheme that has been in existence since time memorial has been revived and made better by Osagyefuo to help brilliant but needy students to further their education both in Ghana and overseas from which so many people in Okyeman have benefited from. This year alone, the Okyeman Scholarship Scheme can proudly boast of helping about 100 beneficiaries.

• Osagyefuo through his influence and lobbying has gotten libraries and ICT Centres built across Okyeman to aide in education and training. An example is the J.B Danquah Memorial Centre which has an equipped library and ICT centre for patronage by teachers, pupils, students and the general public.

• Osagyefuo through his influence has secured $120 million from Korea to expand the infrastructural base of the school and thereby admit more students. 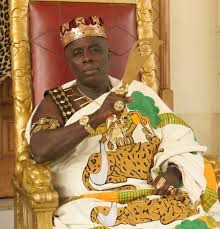 • 10 model schools are currently being built by Osagyefuo across Okyeman which will be disability friendly, will have ICT Centres and Libraies, and teachers’ bungalows. These 10 model schools (Amoatia Ofori Panin Basic Model Schools) which cost GH₵ 10million are expected to be completed and inaugurated by December 2021 for use.

• Through the lobbying of Osagyefuo, plans are in progress to upgrade Kibi Presbyterian College of Education into a University. This upgrade is expected to skyrocket the number of people to gain admission, create more jobs in the process and increase economic activities in not just Kyebi but Okyeman as a whole.

The Head of Business Development unit Office and special aide to Okyehene, Dr. Daniel Anarfi, emphasized that businesses and employment are the backbone of every economy and also helps curb crimes. Osagyefuo has therefore through his influence and with his own might facilited and created jobs for people in Okyeman and is still doing so. Among the many things, he highlighted;

• Okyehene through his influence has gotten the Ghana Immigration Service to start a training school in Kyebi. 167 acres of land on the Kyebi-Akooko road has been allocated and handed to the entity to aide in building the training school and offices. The building of the edifice will create employment as well as when it is completed.

• Osagyefuo has also through his influence gotten the Ghana Fires Service to Start a training school in Asikam.

• He is still in talks with the Customs service to have them also start a training school in Kyebi.

• Talks are in progress to link the Apapam-Dompem roads so as to aide in economic activities.

• Through His Royal Majesty’s influence and lobbying, a 1D1F on the Kyebi-Akooko road is in progress, the Nkrosu Avocado Factory was through his influence and facilitation, a Poultry farm will soon be started in Kyebi and Asikam. Also, a Cement factory will soon be opened in Suhum.

All these projects have been initiated and put into motion by Osagyefuo Amoatia Ofori Panin so as to create more jobs for people in Okyeman so indigenes will be happy and will not even need to travel out of Okyeman in search of greener pastures.

• The expansion of Kibi Government Hospital.

• A Cancer research Centre which will serve as the biggest in West Africa through Osagyefuo will soon be built in Okyeman.

• An Accident trauma Centre on the Kyebi-Kumasi highway is being facilitated by Osagyefuo and work will start soon.

• Osagyefuo has been an ambassador for HIV/AIDS for years now and has used his position to sensitize and educate the people of Okyeman on the deadly virus and stigmatization.

• 50 NABCO trainees at the Kibi Government Hospital have been made permanent health staff, talks are in progress to do same for others in Begoro, Tafo, etc

• He donated Pickup trucks to the Kibi Government Hospital to aide in healthcare and delivery.

• Donated boxes of sanitizers, gloves, Veronica Buckets and sacks of cereals and grains to people across Okyeman in the early days of Covid-19.

Dr. Daniel Anarfi in his closing remarks urged Okyeman to stand united and not only support but pray for Osagyefuo Amoatia Ofori Panin and his Chiefs so that the development that is deserved by Okyeman will be achieved.

Content created and supplied by: NanaYeboah20 (via Opera News )