Top 5 Billionaires In Africa, Their Businesses, How They Started And Where They Are Now.

By BuddySleek (self media writer) | 18 days ago

Most at times people been wondering about how some individuals get to flourish by owning a particular business. Some assume most of these individuals are from wealthy homes which may be true at times, others also see these men and of course women to be some extraordinary beings but they are all humans like us who utilize their wealth of knowledge, to make a difference in their lives as well as society. Below are the top 5 successful individuals in Africa and all you need to know about them.

Number 1 on the list is Aliko Dangote who owns Dangote Industries Limited, popularly known for the production of Dangote Cement. Aliko Dangote is a Muslim from Kano State in Nigeria born on 10th April 1957 to Mohammed Dangote and Mariya Sanusi Dantata, the daughter of Sanusi Dantata. Aliko Dangote  was educated at the Sheikh Ali Kumasi Madrasa, followed by Capital High School, Kano. He graduated from  Government College, Birnin Kudu in 1978 and  received a bachelor's degree in business studies and administration from Al-Azhar University, Cairo.  On his early life, he has said: "I can remember when I was in primary school, I would go and buy cartons of sweets [candy] and I would start selling them just to make money. I was so interested in business, even at that time". 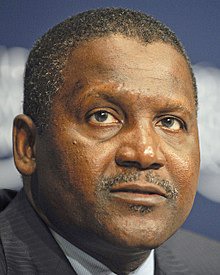 The Dangote Industries Limited was established as a small trading firm in 1977, the same year Dangote relocated to Lagos to expand the company. Today, it is a multi trillion-naira conglomerate with many of its operations in Benin, Ghana, Nigeria, Zambia and Togo. Dangote has expanded to cover food processing, cement manufacturing, and freight. The Dangote Group also dominates the sugar market in Nigeria and is a major supplier to the country's soft drink companies, breweries, and confectioners. The Dangote Group has moved from being a trading company to be the largest industrial group in Nigeria including Dangote Sugar Refinery, Dangote Cement, and Dangote Flour. In July 2012, Dangote approached the Nigeria Ports Authority to lease an abandoned piece of land at the Apapa Port, which was approved. He later built facilities for his flour company there. In the 1990s, he approached the Central Bank Of Nigeria with the idea that it would be cheaper for the bank to allow his transport company to manage their fleet of staff buses, a proposal that was also approved. Aliko Dangote has four children and an estimated net worth of US$12.4 billion as of September 2021 making him the wealthiest person in Africa. 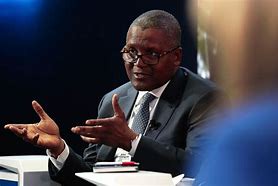 Nassef Onsi Sawiris is next in line, he was born on January 19, 1961 and is the youngest of Onsi Sawiris' three sons. He is married to Sherine Sawiris and has four children. He is considered to be the richest Arabian and the second richest person in Africa with an estimated net worth of US$9.2 billion. 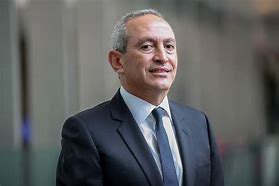 He attended Duetsche Evangelische Oberschule, Kairo for his secondary education and furthered at the University of Chicago where attained a  bachelor's degree in economics in 1982. Sawiris is a member of Egypt's Coptic Christian Minority. In 1982, he joined the Orascom group and oversaw the activities of Orascom Construction following the transfer of administration from his father Onsi Sawiris and became the CEO following the company's Incorporation. He is a renowned businessman and a multi-stakeholder in various companies around the world and is also the chairman of Aston Villa FC. 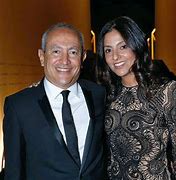 Third on the list is Nicky Oppenheimer, a South African billionaire who was formerly the Chairman of De Beers diamond mining company and its associate company known as the Diamond Trading Company. Nicky Oppenheimer was born on June 8, 1945 to Harry Frederick Oppenheimer. He has only a son(Jonathan Oppenheimer) and is married to Orcillia Lasch. He being the heir to the De Beers Diamond Fortune sold 40% of his shares to Anglo America for US$5.1 billion in cash. He was educated at Harrow School and Christ Church where he read Philosophy, Politics and Economics and attained an Oxford MA. 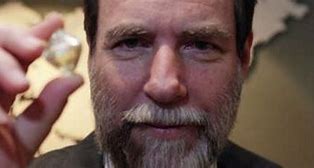 Oppenheimer joined Anglo American in 1968, was appointed a director in 1974, then became deputy chairman in 1983. He resigned in 2001, remaining a non-executive director until 2011. In 1984 he was appointed the Deputy Chairman of the then Central Selling Organisation which is now Diamond Trading Company.

Johann Rupert is the fourth richest person in Africa. He is a South African entrepreneur bon on June 1, 1950 as the eldest son of business tycoon Anton Rupert and his wife Huberte. He is the chairman of Richemont a Swiss-based luxury=goods company and Remgro a South Africa-based company.  As of 1 April 2010, he assumed the CEO position of Compagnie Financiere Richemont. Johann Rupert grew up in Stellenbosch, where he attended Paul Roos Gymnasium and studied Economics and Company Law at the University of Stellenbosch. The University awarded him an Honorary Doctorate in Economics in 2004 irrespective of him dropping out of school to pursue a business career. He has three children and married to Gaynor Rupert. 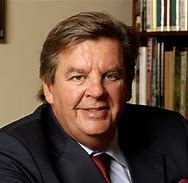 Together with his family, he was estimated to be worth $5.9 billion as of April 2019, and was ranked as the second wealthiest person in South Africa on the Forbes list The World's Billionaire of 2019, with his fortune reported as having declined from US$7.3 billion. Rupert and family were ranked as the second-richest in South Africa on the 2020 Forbes list, with a fortune reported as US$5.4 billion. Rupert served his business apprenticeship in New York City, where he worked for Chase Manhattan  for two years and for Lazard Freres for three years. He then returned to South Africa in 1979 and founded Rand Merchant Bank of which he was CEO.

Last on the top 5 in Africa is Mike Adenuga, a renowned businessman in telecom services and oil production in Nigeria. He is he chairman of Globacom which operates in Nigeria as well as Ghana and Benin. He was born on April 29, 1953 to the Oloye Michael Agbolade Adenuga Sr, he has 7 children including Bella Disu and two wives. 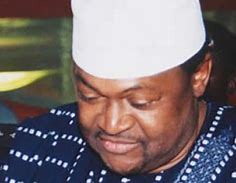 Adenuga received his secondary school education at Ibadan Grammar School, Ibadan, Oyo State, Nigeria and Comprehensive High School, Aiyetoro, for his Higher School Certificate (HSC). He worked as a taxi driver to help fund his university education. He graduated from North-Western Oklahoma State University and Pace University, New York, with degrees in Business Administration. Today, he is the CEO of Globalcom and chairman of Conoil with a net worth of $6.3 billion.

Dreams really come true if effort is applied alongside effective planning and hard work, so let us all have a vision and work towards it.