What’s his crime? You can’t imagine how Nduom suffered under Rawlings too

By RKeelson (self meida writer) | 15 days

Dr. Papa Kwesi Nduom is one of the hardest hit in the so-called financial sector reforms which government embarked on, in 2018. His entire 50+ companies have been affected by the exercise.

Currently, properties belonging to these companies are being rotten off in the bushes throughout the country. These assets cannot be touched in any form because the top Ghanaian business mogul is embroiled in serious legal reclaim of his businesses from the state. 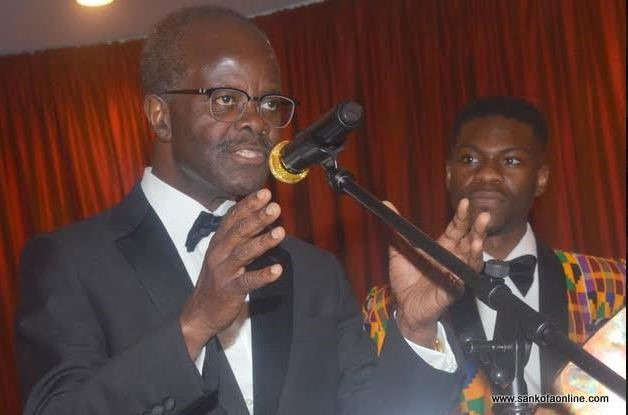 Meanwhile it’s been more than a year since his legal case was heard by the courts. In the so-called financial cleaning, akin to Rawlings’ House Cleaning Exercise in 1979, Dr. Nduom’s has lost Gold Coast Securities, now Black Shield Company Limited, an Investment Bank and his commercial Bank, GN Bank.

Before the clampdown, Gold Coast Securities, had been dominating the Ghanaian Investment Banking space, where for six continuous years, Gold Coast won the Best Fund Manager in Ghana.

GN Bank on the other hand, was the biggest commercial retail bank in the country with 300 locations throughout Ghana. It operated in some of the remotest parts of the country where for once, many Ghanaians were encouraged to embrace the culture of savings.

So the moment the two financial institutions were touched in that draconian manner, it had direct consequences on the operations of all conglomerate businesses that operate under the umbrella Groupe Nduom. 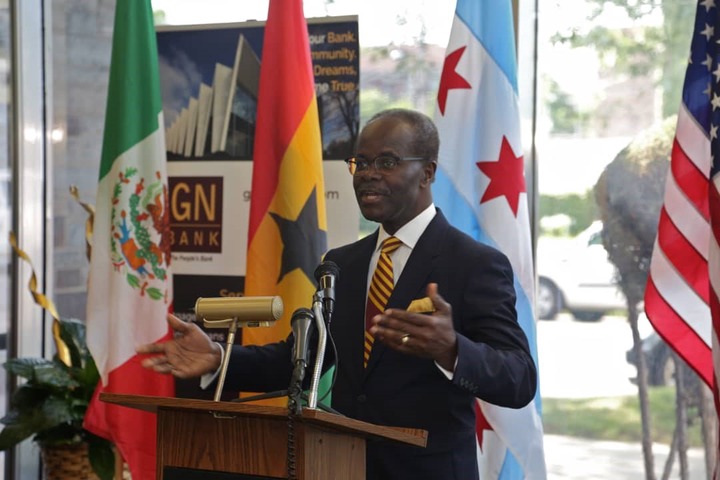 Till today, Dr. Nduom maintains that his two financial institutions would not have warranted the closure, if the Ministry of Finance (MoF) and the Bank of Ghana (BoG) had taken a little pain to go through the books and documents of the affected companies.

There was litany of accusations levelled against the Groupe owners by the BoG and the MoF to seemingly justify the action of the two state institutions against Dr. Nduom’s companies; same as other affected Groupe Nduom businesses.

One of the "justifiable" grounds for the closure of the two companies was that GN Bank and Gold Coast Securities were insolvent at the time of the financial reforms. It’s one accusation that Group Nduom has consistently refuted.

In a separate written statements to the two state institutions, Dr. Nduom maintains that as financial institutions, GN Bank and Gold Coast Securities invested clients’ deposits in huge state projects like the construction of roads, markets, schools, the GETFund, sea defence projects, among others. 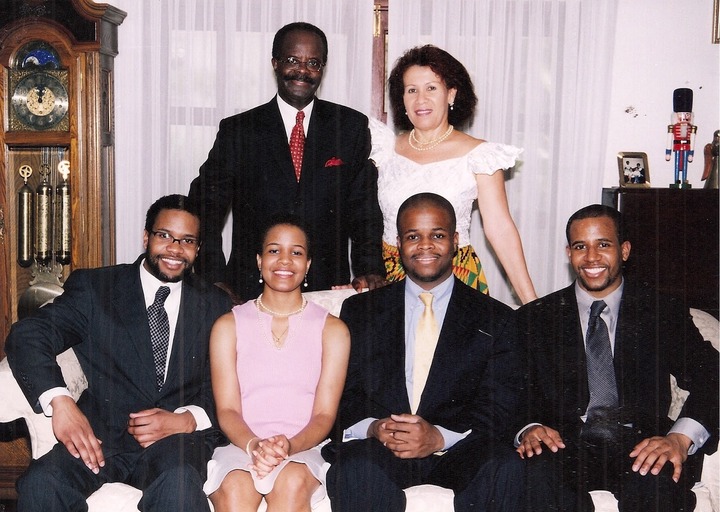 The Groupe has been investing in these projects in the past years without any glitch. Indeed, Groupe Nduom agreed to fund these projects because of the dire financial strait that Ghanaian governments at the time found themselves.

As a proof of Groupe Nduom’s stance, recently, the court awarded some GHC174 million against Health Network, a private company that failed to pay a loan facility it accessed from Gold Coast Securities/Black Shied.

Research made by this author has confirmed the position of Groupe Nduom that the companies gave out similar loans to other private companies which at the time of the reforms, the loan re-payment were either on-going or were still outstanding.

The unkindest cut of all, as I discovered, is the position taken of the MoF and the BoG not to pay for projects executed by contractors that sought funds from the two financial institutions belonging to Groupe Nduom.

In fact, these private companies had raised approved certificates, demonstrating that they had completed with the state projects and were thus waiting for payment in order to pay their creditors.

The excuse given by the two state institutions was that most of the contracts were awarded under some shady circumstances. But Groupe Nduom did not award the said contracts. So who awarded the contracts? Obviously, it's state agencies.

So why should Groupe Nduom suffer for an action, they don’t have an input? It’s significant to note that families of some of the affected contractors have been thrown into perpetual turmoil. Some are even suspected to have died as a result.

Then also the accusation by the BoG and the MoF that Dr. Nduom transferred depositors’ funds to the US to support his businesses in that country. Under what circumstance were the funds transferred?

But the puzzle in the BoG and the MoF narrative is how on earth will the Americans looked on sheepishly for a foreign national to outwit their system in what seemed to be an international fraud.

Is this tenable? The fact as this writer found out is that Dr. Nduom’s started converging all of his companies under a parent umbrella group by name—Groupe Nduom, since 2013. The companies however retained their independent identities, with separate management teams and board of directors.

Yes, they traded among themselves! Is there any law against that? The companies therefore procured their needs from the International Business Solutions (IBS) one of the Groupe Nduom companies based in the United States over the years.

The payments of the individual companies’ procurement needs were done through GN Bank; and that was it. If anyone could be speculating about peoples’ funds being transferred to the US by the Nduoms, this is the fact of the matter.

However, there is the malicious propaganda that seems to suggest that these funds were transferred to IBS at a go, or in a tranche of say, two transfers. That’s a wicked lie! The individual GN companies started buying from IBS since 2013 till when GN Bank, Gold Coast and other Groupe Nduom companies were virtually liquidated in 2019.

Now in the matter of IBS. The company is the oldest of all Nduom companies. It’s was established close to 40 years ago. It had procured materials and equipment for some reputable Ghanaian companies like Ashanti Gold and others in the past.

What is therefore, being bandied around by government propaganda spin-doctors that Groupe Nduom owners transferred customers’ deposits to establish private businesses abroad is therefore a complete fallacy.

Dr. Nduom relocated to Ghana in the early 90’s. Before then, he made occasional sojourns to find out if there were business opportunities for him in his land of birth, from his adopted country, the United States of America.

As Systems Analyst Specialist, Nduom was looking at restructuring some of the private and public sector businesses that were in distress in his home country, Ghana. His expertise landed him some lucrative jobs at Anglogold Ashanti and the State Enterprises Commission (SEC). 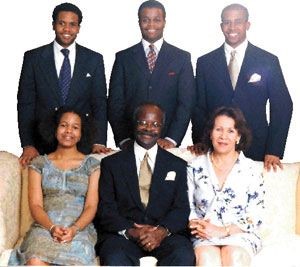 During his tenure with the State Enterprises Commission, Dr. Nduom helped with the re-structuring of state organizations like the Ghanaian Times, the Daily Graphic and the state broadcaster, the Ghana Broadcasting Corporation (GBC).

Most of Nduom’s far-reaching recommendations from his restructuring exercises were however not implemented by the government of the day. If they did, the government would have lost its hold or control over the state media institutions.

The exercises embarked on by Dr. Nduom would have ensured that these state institutions raised their own revenues and stop relying on government subventions. It’s only through that independence that the state media will absolve itself from governmental control.

It would have also ensured that the state media serve sections of the society with equal measure and of equal value. That would have enabled them to be efficient and effective— the two vital components that contribute to the growth of most businesses.

Dr. Nduom also attempted to be a part of the political conversation and that is what brought him into a collision course with Rawlings and his cabal in the military PNDC era. 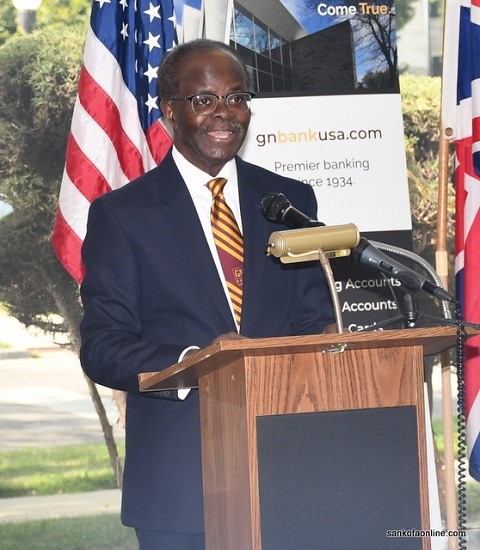 Perhaps coming from the US, Nduom thought taking up issues with a sitting President was just like criticizing George H.W. Bush Senior, the then President of the US, whose jurisdiction Nduom had just arrived from.

Nduom criticized the dictatorial regime of Rawlings, the human right violations under his reign and the cowing of opposition voices or views into perpetual submission. The very morning after his presentation, Rawlings ordered the cancellation of all state contracts awarded to Nduom and his Deloitte and Touche Consulting, Ghana.

After the Ghanaian Chronicle lecture, Dr. Nduom flew to the US at the invitation of the University of Philadelphia to give another lecture. It was on his way to the lecture hall that a family member in the US called him to find out why all of his Ghanaian contracts had been cancelled.

An obviously distraught Nduom told the relative how shocked he was to hear the news for the first time from the equally shocked relative. Indeed, he returned to Ghana to confirm for himself, the horrible news.

But the Nduom persecution wouldn’t end there. One midnight, his North Ridge residence was surrounded by the Rawlings’ created 64 military commandoes who demanded Nduom surrendered himself to them at that odd hour.

All the Nduoms, including his younger children were caught up in the commando operation. The news got to some senior journalists at the time, including Nana Kofi Coomson, Kabral Blay Amihere, Kweku Baako, Kwesi Pratt, Haruna Attah among others.

These senior journalists relayed the Nduom siege to then United States Information Service (USIS) Director, Nick Robertson, who quickly informed the US Embassy. With haste, the US Ambassador warned Rawlings of how his intended action against the Nduoms would have serious repercussions on Ghana-US relations.

Rawlings was told in plain language any harm to any of the Nduoms would have the potential of marring Ghana’s diplomatic ties with the US. Dr. Nduom’s wife, Mrs. Yvonne Nduom is a naturalized American citizen and all his children by virtue of being born on US soil, are all American citizens.

And indeed, typical of the over-protective nature of American government over her nationals, the US sent that sterner to Rawlings and his cohorts. It was based on that encounter that many NDC folks started with the false propaganda that Dr. Nduom is a CIA agent because they couldn’t imagine how the US will take particular interest in an individual Ghanaian.