By DoraNewsgh (self media writer) | 1 year ago 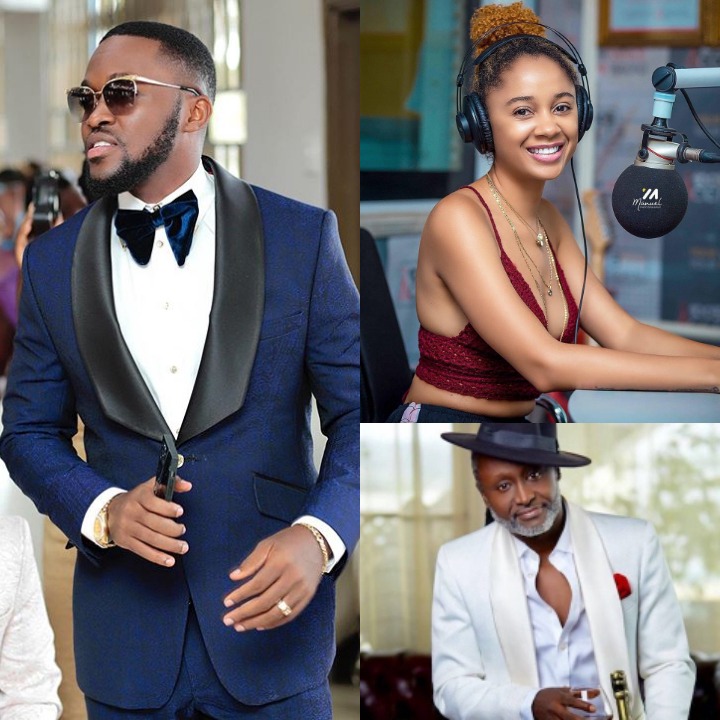 He has been an excellent director of the team as the eldest son of Dr Osei Kwame Despite, CEO of the Despite Group of Companies, and his integrity and exemplary personal qualities in managing the businesses under one of Ghana's largest conglomerates is remarkable and undoubted.

Aside from that, Ken has been in the REAL ESTATE industry for nearly a decade, overseeing the construction of several properties as well as the rental of some in the Greater Accra and Ashanti Regions.

Reggie Rockstone, alias Reginald Osei, is a Ghanaian rapper. He is rightfully known as the Godfather of Hip-Hop, having founded the genre in 1994. Reggie received the Kora Award for Best African Video in 2004, and he and Shaggy performed in front of a 50,000-person crowd in Ghana. Reggie is the son of Ricky 'Ricci' Osei, a well-known fashion designer. Rockstone is a British musician who was born in the United Kingdom. He went to Achimota Academy, a prestigious boarding school in Accra, Ghana.

Efya, whose real name is Jane Fara Fauzzier Afia Boafowaa Yahaya Awindor, is a Ghanaian neo-soul vocalist, songwriter, singer, and actress. She has won the Ghana Music Awards' Best Female Vocal Performance category for four years in a row, beginning in 2011. Nana Adwoa Awindor, her mother, is a prolific filmmaker. Premier Productions, which produced the late television show Greetings from Abroad, was created by her. Efya went to NAFTI film school as well.

Yvonne Okoro is a stunning Ghanaian actress who won the award for Best Actress at the Ghana Movie Awards in 2010. She is one of Ghana's highest-paid actresses. She comes from a wealthy family and had her own home in East Legion before taking over the movie industry, according to different reports. Okoro also studied Press Civilization, Drama, and Marketing at the Universite de Nantes in France.

Majid Michel, Ghana's most handsome actor, received the Africa Movie Academy Award for Best Actor in a Leading Role in 2012. His family owns the majority of the flourishing businesses and prestigious homes in the Cantonment region of Accra, Ghana's capital. His father is Lebanese, and his mother is Ghanaian.

Ama Konadu Abebrese, also known as Ama K. Abebrese, is a Ghanaian actress who has had a lot of success. She is also a producer and host on television. Harrison Ford, Akon, Neyo, Idris Elba, and Rihanna are among the celebrities she has interviewed. At the Africa Movie Academy Awards in 2011, she was named Best Actress in a Leading Role. In Ghana, rumors abound that she is the daughter of a famous Ghanaian who fought for the country's independence. She was born in Ghana and grew up in the United Kingdom.

Shatta Wale, real name Charles Nii Armah Mensah Jr., is a Ghanaian reggae-dancehall musician who won Artiste of the Year at the Ghana Music Awards in 2014. Shatta Wale is the son of Charles Mensah, who is said to be one of Ghana's political powerhouses.

Deborah Vanessa Owusu-Bonsu is a glamorous Ghanaian television host, model, and academic. Wanlov The Kubolor, a prominent Ghanaian hip-hop artist, is her sister. Their father owned a sizable interest in Vanef STC, the country's largest transportation company. Her mother is of Romanian descent. She was also a student at the University of the Arts in London.

Nadia Buari is a talented Ghanaian actress who was nominated for two Africa Movie Academy Awards for Best Actress in a Leading Role in 2007 and 2009. Her mother is a beautician named Hajia Buari, and she is the daughter of eminent musician and producer Alhaji Sidiku Buari. She is undeniably a daddy's daughter.

Do You Eat Fish? See What It Does To Your Brain

VIDEO: A Nurse Teaches Mothers The Right Way Of Feeding Their Children & Causes A Stir Online

Do These Things Early In The Morning To Prevent Afternoon Headache

VIDEO: Lady Caught Her Mother Sleeping With Her Boyfriend In Her Room

Importance of Vitamin D For The Body