Who should we believe now?: MoMo Receivers will not pay 1.75% E-Levy – Finance Ministry 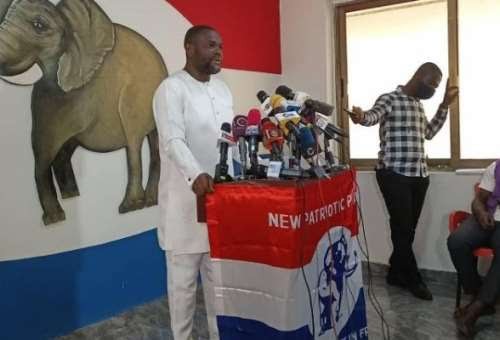 Payments made through the POS and QR Code are considered digital transactions, and hence are subject to the levy, he noted. Dr. Kumah further stated that E-Commerce and online services would be charged for products and services payments.

The E-Levy is a 1.75 percent tax on mobile money and other electronic (E) transactions that exceed GH100.00 per user every day, as stated by the Finance Minister during the 2022 Budget presentation in Parliament on Wednesday.

The idea will take effect once Parliament has passed the Budget. The government stated that it expected to increase domestic revenue by 44% next year, and that the E-Levy will generate roughly GH6.5 billion.

The government stated that it expected to increase domestic revenue by 44% next year, and that the E-Levy will generate roughly GH6.5 billion.

"For example, if you transfer 500 cedis to your mother, the first 100 cedis are exempt from tax. On the 400 cedis of money you're transferring, you'll be taxed 1.75 percent.

Your mother, on the other hand, will not charge you anything for the money withdrawal "At a news conference in Accra on Friday, Dr. John Kumah, a Deputy Minister of Finance, stated.

The fee will be applied when you transfer MOMO from one account to another," he explained.

Traditional bank transfers and cheques are not covered by the levy, according to Dr. Kumah, who added that "whether you transfer to a MOMO or the traditional transfers that the banks perform, the E-levy will affect the bank expenses and not the clients' monies."

Dr. Kumah stated that the Government must design measures to boost domestic revenue in order to carry out its developmental objectives.

He said the administration was worried about the economic hardships faced by a segment of the people, which is why the E-levy was limited to transactions worth more than 100 cedis.

According to study undertaken by the Ministry's outsourced consultants, roughly 40% of Mobile Money users send or receive less than GH100.00 every day.

He stated that the government made a strong decision to remove road tolls in the benefit of the country, stressing that the E-Levy will cover the GH78 million collected yearly from toll collecting.

"I want to reassure the people that we will see aggressive road building in this country as a result of the E-levy that we are establishing."

"...If we all accept the levy, it will mean that contractors will be paid on schedule, and more roads will be built in our country," he explained.

Right now, I don't know who we should believe now because the President has given his word and he is highly above the finance minister. So who should be believe now?

NDC:These Projects Done By Mahama Saved The NPP From Shame But They Still Tagged Him As Incompetent.

Three Common Types Of Cryptocurrency Scams And How To Avoid Them

What You Wore Lacked The Sense Of Modesty: Veteran Journalist Slams Speaker Bagbin

I Find It Hard To Accept Money From My Fiancé, Lady Shares Her Thought