Government: Despite IMF bailout, E-Levy will not be eliminated.

Despite applying to the International Monetary Fund (IMF) for financial assistance, the administration has stated that it will keep the 1.5 percent surcharge on electronic transactions. 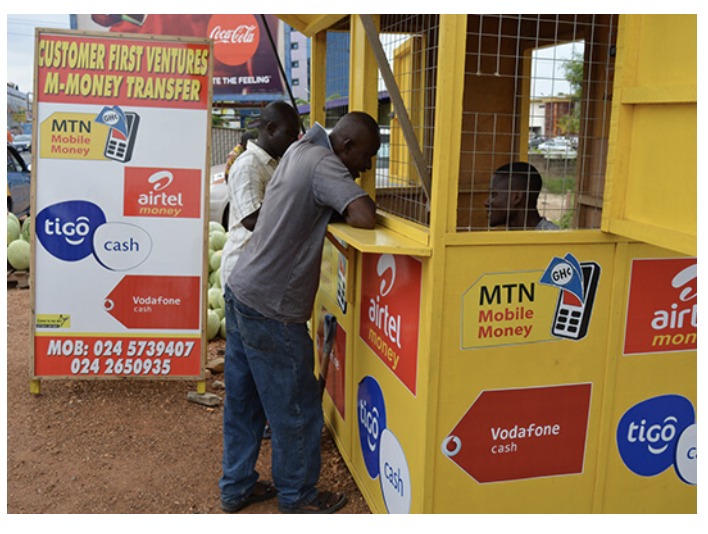 This information was provided in a statement released by the Ministry on Tuesday in response to important inquiries about the government's ongoing involvement with the Fund.

Regarding the contentious levy, the Ministry clarified that the government will bolster the nation's economic situation by combining the charge's revenue with IMF assistance.

The Ministry responded "NO. " when asked if the fee would be eliminated. IMF financing will be used to help Ghana's balance of payments (i.e. to shore up the international reserves).

"An IMF-supported program is likely to motivate the government to study the causes impeding the success of the e-levy (including by offering technical assistance if needed) and come up with ideas to improve it," the statement read.

The Finance Ministry also mentioned that for the medium term, more tax measures might be taken into consideration.However, the tax plan, which went into effect around May 1, has not provided the government with the anticipated amount of money. The tax has only produced fewer than 20% of the profits it was intended to, according to Gabby Otchere-Darko, a prominent member of the ruling New Patriotic Party.

The predicament is what compelled the nation to turn to the IMF for a bailout.

In order to start those discussions with the government, a delegation from the International Monetary Fund (IMF) is scheduled to land in Ghana on Tuesday, July 5.

During their visit, the IMF representatives—which will include senior officers from the Fund and local staff—will meet with the Finance Ministry, the Economic Management Team, and the Presidency.

The Finance Ministry noted in a statement that following their arrival on Tuesday, face-to-face meetings with the government would start on July 6. 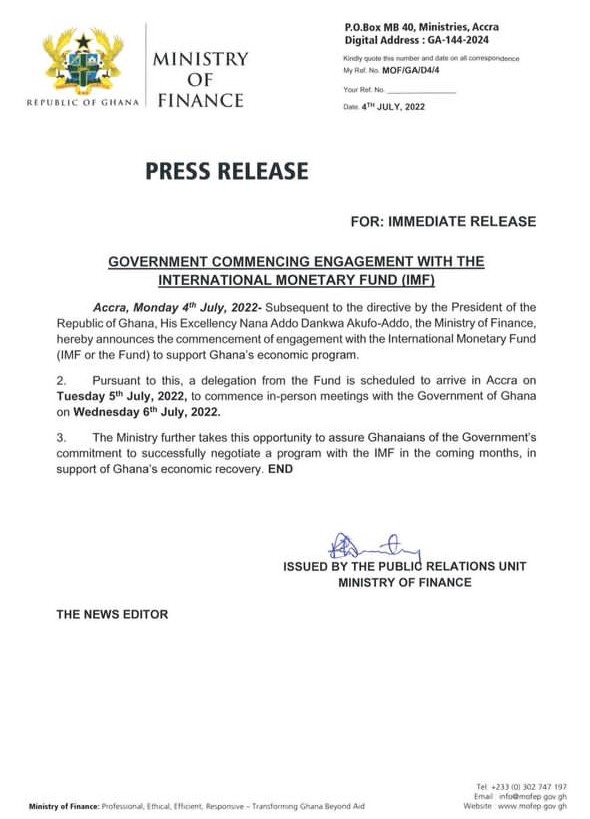 The Ministry also uses this chance to reassure Ghanaians that the government is committed to concluding a program with the IMF in the upcoming months to aid in Ghana's economic recovery.

They would be there, among other things, to discuss the specifics of a package that would boost Ghana's faltering economy.

After a number of engagements, it's anticipated that the bailout program's specifics and its conditions would be made public.

There have been conflicting reactions to the government's decision to apply for financial assistance from the Fund, despite claims to the contrary from some, particularly National Democratic Congress (NDC) members.

Some have also expressed concern about what the decision would mean for social programs and jobs in the public sector, with organized labor opposing the choice.