A lady rejected a guy and now the guy is a billionaire. How would you feel it were to be you?

By AgbedorwuNoah (self media writer) | 1 year ago 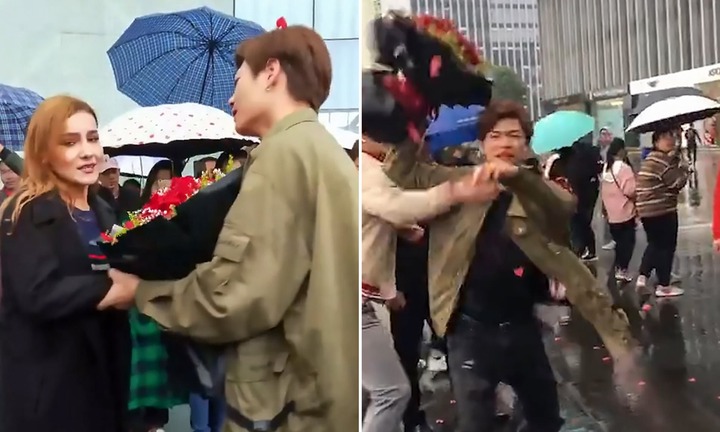 SHE TELLS HER STORY ABOUT HOW SHE REJECTED A BILLIONAIRE

When I was a teenager living in Sydney, I had met a boy after school. As kids we would take public transportation everywhere. You would end up seeing the same people at certain train terminals or bus stops. We are such creatures of habit. We always sit at the same bench or lean against the same wall.

Anyhow one of the girls in our group had a crush on a boy she noticed. Schools generally let out the same time and a lot of colleges (U.S. equivalent of high school) were either all boys or all girls. So we didn't know his name. He affectionately became “Bussy" because we always saw him at the same bus stop.

“Oh there's Bussy!” Then we'd teasingly nudge our friend and tell her, “You should go say ‘Hi’ to him!”

She never did. She'd just turn red and giggle.

So after months of this, one day we dared her. I even chirped in, “if you don't go and talk to him, I will!!”

She was seriously contemplating it. In the end, she couldn't do it. Then she told me to do it!

I was mortified. But I was two years older than her, so I wanted to be brave for her. So I hyped myself up. Who cares if I look like a total idiot? So what if I get rejected? *I'M* not the one that likes him. I thought all these things as I had 7 pairs of eyes watch me walk towards the boy of my friends affections.

“Ok, this is going to be super weird and awkward, but do you see that girl over there? (I point at my friend. I see her sheepishly smile being super embarrassed hiding her face behind her books, while my other girlfriends giggle) She thinks you're super cute and wants to get to know you.”

“What's your name? My name is Josie.”

From there Bussy had a name. Him and my friend had actually became friends. We all did.

Occasionally Eric would call me and ask to hang out. I met some of his friends. We had gotten quite close over a period of a year. I did get the inkling that he liked me, but I kinda brushed it off because of how my friend had liked him, eventhough it was clear at this point, they were just only ever going to be friends.

During this time, I found out I was going to be moving to Hong Kong. I was only in Sydney on a student visa and my dad was in Hong Kong at the time. So after I finished school, I moved away.

After that Eric still kept in touch with me through my cousin who still lived in Sydney and visited me in Hong Kong. We met up a few times. Did teenager things. Took sticker pictures together. It was after a 2nd time we met in Hong Kong, Eric introduced me to his ex girlfriend. They were still friends and she was very pretty. We were all having coffee together. Eric excused himself to go to the restroom. At that point she asked me,

“What do you think of Eric?”

“You know he likes you a lot right?”

“You should give him a chance. He's a really good guy.”

At that point Eric returned and we just carried on like nothing happened.

During that time, I was in limbo regarding my future plans for school and work. I was 17 almost 18 and had no plans as far as what my next step would be. So I just partied in the meantime haha. Finally my dad had decided that when I turned 18, I should just return to the U.S. to continue my studies.

When Eric and I had met again for a final time, I confessed that I cared about him and had feelings for him but it wouldn't work out because I was going to be moving back to the U.S. while he was from Australia. He said we should still keep in touch and he would let me know if he ever came to L.A. so he could visit me. He handed me his email on a little torn piece of paper and gave me a peck on the cheek, his first, last, and only sign of affection he had ever given me. (This was the era before Facebook and cellphones that you could bring with you anywhere in the world).

And that was the last I ever talked to him. After I had returned to the U.S. I was so busy trying to get my life back on track, my friends and life living overseas had just become a memory. (Again reiterating this was pre-Facebook era, where people still wrote letters by hand. Even emails were still considered “newish” technology. The primary mode of communication was long distance phone calls using a landline.

What I did with his email address I don't remember.

Years later I randomly dreamed about him. So I tried to see if I could find him. Facebook was in full effect, unfortunately he wasn't on there and the friends I had in Australia had also lost touch with him.

I was a bit disheartened, but every now and then I still looked for him when I could. Unfortunately his name wasn't very distinctive, not too far from John Smith. Then one day when I tried to find him, I found his picture online. He was head of a newspaper company. It talked a bit about his family. And how it was owned by his dad. After more Google, his dad was listed on on Forbes for top 100 richest people in China. He had donated millions to a university in Sydney where they named the building after him. It's apparently a very unique looking building because his son studied architecture and admired a certain architect. He even went to L.A. to visit this architect.

Their family also made world news a few years ago when they completed a record breaking property deal purchasing the home of a celebrity business person. (I just happened to come across this reading the news. I was not looking for him).

So no he wasn't a rags to riches story. I just had absolutely no idea he was heir to a billionaire’s empire. I knew he came from a well to do family, but I didn't know to what extent. I only knew because the original friend that liked him had gone to his house before and told my cousin how it was mansion where she was scared to walk around because everything looked expensive.

Money was never a factor to me when it came to dating boys. How wealthy someone else was had absolutely no weight with me because I was only 17 and trying to plan the next couple years of my life, let alone plan who I could date or marry to support me for the rest of my life. I can honestly say that thought had never entered my mind once, so I never asked about his family other than the typical if you have brothers or sisters.

So the word I feel is wistful. Not so much because I found out he was a billionaire. I had already felt wistful from the first time I had dreamed about him. He really was a very nice, sweet, and caring guy. We just could never explore anything more because of logistics. But I still feel absolutely blessed to have had him in my life if only for a short while, because he colored that time with a pure innocent love. It's a memory I will forever cherish.

I wish nothing but the best for him and eventhough I know he has access to the finest the world has to offer, I hope he has found the type of love that makes him feel like what he has on the inside is worth more than the outside.

Edit: I would just like to add that I am so grateful for you guys and this platform to allow me to share this story. Like seriously?! This was such a random question! Thank you asker! But I am so happy to share it. It's brought a sense of closure because I never had the chance to say goodbye and wish him well. Now I have been able to so thank you from the bottom of my heart!

Asamoah Gyan Knows The World Cup More Than Me, But He Won't Be Ready For It - Agyemang-Badu Says

I can’t stay without sex for long - Actress reveals