By Currentworldnews (self meida writer) | 29 days 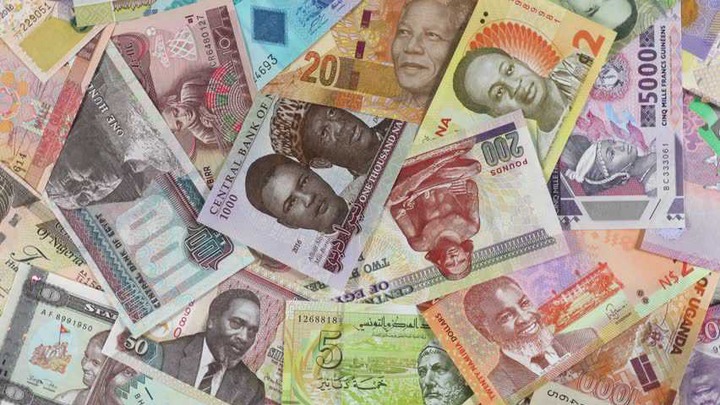 Currency is a medium of exchange for goods and services. In short, it's money, in the form of paper or coins, usually issued by a government and generally accepted at its face value as a method of payment. Below are some strongest currency in Africa as at August 28, 2021

Tunisia was under the French colony and used the French franc as its currency. But in 1960, the country replaced the franc with the dinar abbreviated as DT. The country’s monetary policy where it is illegal to export or import dinars or convert them to other currencies has enabled the dinar to be among the highest in Africa.

The Libyan Dinar has always been one of the strongest currency in Africa. It has been overthrown in the Month of August 2021 by the Tunisian Dinar. In Libya, the CBL has a programme that only sells a limited number of dollars to its citizens. Also, its strength has been increasing steadily after the reopening of the previously blockaded oil ports and fields. That raised the country’s dollar earnings for oil sales.

The West Africa nation, Ghana, has a stable, diversified economy known for thriving on revenues generated from hydrocarbon, tourism, solid minerals, automobiles, et cetera. Her economy rose to prominence in the days of the gold boom and the cocoa era.

Morocco, the Islamic caliphate in North Africa, has the 5th largest economy in Africa and the 4th best currency in Africa. It runs a liberal and capitalist economy gaining major control over the economy.

The Botswana Pula is valuable because of the country’s strong economy and relatively stable democracy. Furthermore, it is an attractive currency because traders trade it on the Johannesburg Stock Exchange, which is the largest stock exchange in Africa. Before 1976, the Pula’s exchange rate and valuation were on the same basis with the Rand.

The Seychellois Rupee is the legal tender for Seychelles. It is among the highest currencies in the continent because of the country’s strict monetary policy. Foreign investments have also helped to refurbish the economy and expanded small-scale manufacturing, That has diversified Seychelles’ GDP, hence its valuable currency.

South Africa is the largest producer of platinum group metals globally. Other prevailing industries in the region include automobile manufacturing and commercial ship repair. It is the second-largest economy in Africa ranking below Nigeria which takes the top position.

The Eritrean Nakfa is the legal tender for Eritrea. It has enjoyed stability over the years because the country’s government does not float the currency. Instead, it prefers the stability of having a fixed exchange rate.

The Egyptian Pound has been gaining value over the years because of its unofficial use in Sudan and the Gaza Strip. Also, the EGP has gained in value after the government reduced interest rates to attract domestic and foreign investments.

The Zambian Kwacha has an attractive value because the country is the largest producer of copper in Africa. Copper is a commodity. That means the currency can experience volatility depending on the shifts in the commodity prices on the global copper market.

Photos: A Concrete Bed Design By This Man Has Sparks A Lot Of Arguments Online

Photos: Meet Thetayjean, The Instagram Model Who Is Currently Trending

I Have Been Wearing Pregnancy Belly Silicon For 9 Months: More Revelations Unfold From The Tadi Lady

How to attract prosperity in your life.