The Land Ministry has begun an inquiry into the Xtra Gold mining licenses in the Eastern Region.

By TodaysDiary (self media writer) | 1 year ago 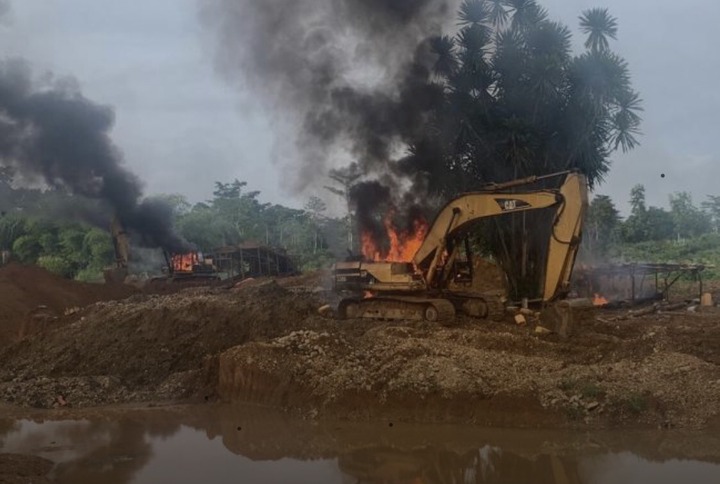 Operation Halt II, a government-led initiative to combat illegal mining along the country's water bodies and forest reserves, had an effect on the mining business.

During the anti-galamsey operation, 16 of its excavators and one bulldozer on its concessions in the Atewa West District were destroyed, according to reports.

Managers of the firm, on the other hand, deny being involved in galamsey, claiming that their mining operations are legitimate and environmentally friendly.

Following the incident, its General Manager, who is also the New Patriotic Party's (NPP) Women's Organiser, Kate Gyamfua, has hinted at finding legal action "if necessary."

Mr Jinapor wrote to the Minerals Commission's CEO on May 21, claiming that the "alleged decommissioning is said to have resulted from activities of Xtra Gold Mining Limited in or around some water bodies in the Eastern Region, contrary to our country's mining laws and policies."

“It has also come to my attention that Xtra Gold Mining Limited was given three (3) Mining Operating Permits and one (1) Mining Prosecutor sometime in March 2021, barely two months before the decommissioning,” he continued.

The inquiry will be conducted by a committee consisting of the Minister's Advisor on Mines, a delegate from the Ghana Institute of Engineers, and the Deputy-Minister designate, George Mireku Duker, in order to "fully understand the issuance of the operating permits." Mr Mireku-Duker will serve as the committee's chairman.

According to the letter, the committee's report on the inquiries is due June 20, 2021, and it may include investigations into other permits granted under "similar circumstances."