By Ghlatestupdate (self meida writer) | 11 days 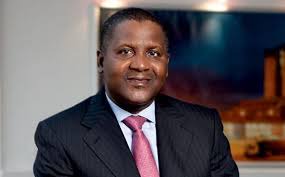 The Nigerian golden boy has really inspired many in Nigerian and African entrepreneurs at large.

Aliko Dangote is a Nigerian billionaire businessman, he is the wealthiest person in Africa and his net worth is USD 11. 3 billion according to 2018 Forbes ranking.

This is estimated to be worth N 112million. The car has a four- mode air suspension that creates a fluid sensation when driven a cross different surface is sold USD 310, 000.

He' s maybach has a new look and very enhanced technical parts.

This is one of the fastest cars allowed for use on public roads and it' s one of the best he has in the garage. It moves 431 kilometers per hour.

Some of the African billionaires have private jets.

Dangote bought a private aircraft named BOMBARDIER' S Global Express XRS from Montreal Canada and it was delivered on his 53rd birthday. It is said to cost 45 million dollars.

This richest man on the African continent proudly said " I dont buy houses abroad because it takes time" .

Most of his mansions are within Nigeria.

It is also said that his cement company produces 45. 6 million metric tons annually.

Aliko Dangote also started Dangote Refinery which has been under construction since 2016 and its expected to be the largest oil refinery when completed.

His bid to take over Arsenal. 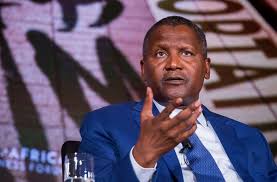